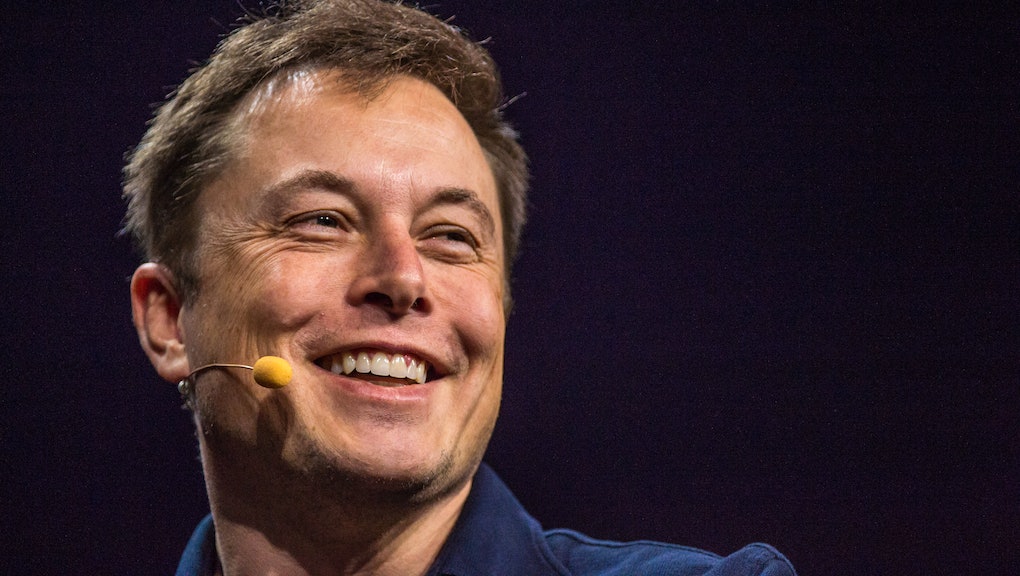 Inventor and Tesla CEO Elon Musk may have pulled off one of his biggest achievements yet: creating nearly $1 billion in value in under 140 characters.

On Monday, Musk teased a new invention on Twitter:

Just 10 minutes later, Tesla stock had soared nearly 4%, adding an estimated $900 million to Tesla's market value. According to Bloomberg, it was the highest single-day climb in the company's stock in almost two months.

It's important to note that the stock fluctuations were essentially speculative. But it's still a pretty impressive climb based on a single post.

So what's the new invention? No one seems to know for sure, which is kind of the point of Musk's tweet. As PandoDaily's Michael Carney notes, the Securities and Exchange Commission tends to frown upon such vague and hype-y announcements.

But analysts at Global Equities Research told CNBC that the product was "very likely" the new stationary home battery that Tesla has been testing in "about 200 to 250 households in California for about last two years."

The many uses of such a battery, as discussed by ExtremeTech, include high-speed car-charging at home, storing up to around 2.5 days' worth of a typical home's energy use from solar panels or simply providing homeowners with an estimated 10 days of power (roughly the time it takes for 95% of customers to have power after a major disaster like Hurricane Katrina). As Inhabitat notes, pairing a Tesla battery with a home solar system would help enable owners to become net producers of energy that profit by selling electricity back to utilities.

Musk seemed to tease this possibility further on Tuesday:

In response to accusations that he's just building hype, Musk said that since neither he or Tesla are selling shares, there would be no point:

With Tesla building a $5 billion lithium-ion battery "Gigafactory" in Nevada, designed to roll out half a million batteries for the company's signature electric cars by the end of 2015, expanding its product line makes perfect sense. If consumers are slow to buy the new cars, then perhaps they'll snatch up enough of Tesla's batteries for home use to make up the difference.

Whatever the new product is, it'll probably be expensive. Moor Insights & Strategy analyst Patrick Moorhead told ABC News that any product Tesla makes probably won't be affordable until increased production at the Gigafactory, planned for the year 2020, after which the tech giant will reach economies of scale that enable "mainstream pricing."

In a less likely guess, others pondered whether Tesla might be preparing to announce an electric motorcycle.

It's a bold and risky strategy, just what Musk is known for. Already, analysts are throwing some doubt on whether Musk's gamble will pay off. Bank of America Merrill Lynch's John Lovallo issued a note to clients saying that the "market reaction ([rising] 3%) was rather surprising and overdone, in our opinion ... [A] potential market for residential stationary storage is even further down the road than Tesla's 2020 target for profitability."

Still, investors seem bullish about Musk's chances, and who knows? In 20 years, American homes could be bristling with solar panels and home batteries. Or Tesla could have broken itself on the rocks of cheap, dirty fossil fuels. Only time will tell, though a victory for green energy could bring us all to brand new places.