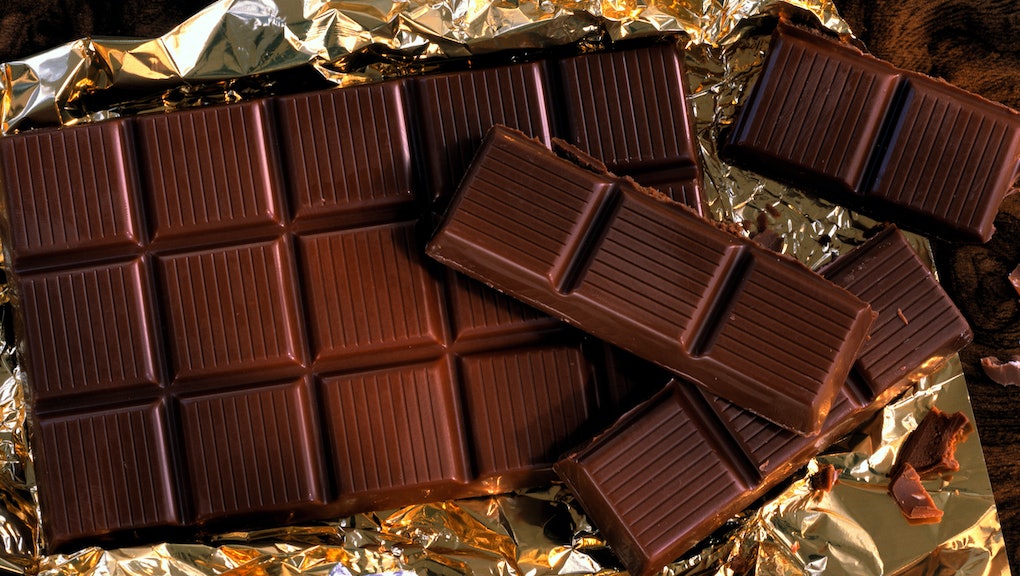 As if people needed to be given reasons to eat chocolate, a team at the University of Ghana's Department of Nutrition and Food Science found out how to make chocolate healthier and even more delicious.

The buzzword of the benefits of chocolate — specifically dark chocolate — is "polyphenols," an antioxidant also found in red wine and green tea that helps prevent cancer and heart disease. However, between gathering the cocoa pods and turning them into the chocolate on the shelves, a lot of these polyphenols are lost, meaning the chocolate you're eating doesn't necessarily have as many of the cancer- and heart disease-preventing antioxidants as possible.

To combat this, professor Emmanuel Afoakwa and his team learned that they could hold onto more of these antioxidants by making a few tweaks to the storage process.

"We decided to add a pod-storage step before the beans were even fermented to see whether that would have an effect on the polyphenol content," Afoakwa said, according to a release from the American Chemical Society.

The process is as simple as adding a step to the traditional process of removing the beans from the pods, fermenting them in banana-lined baskets, setting them out in the sun and roasting them for flavor. It's here, during the roasting, that the polyphenols get lost, and can therefore potentially be saved.

The science: Using 300 cocoa pods as their lab rats, Afoakwa's group used a method called pulp preconditioning, storing the pods for varying amounts of time — four groups in intervals of three, seven and 10 days and a control of no storage — before being fermented in the banana baskets.

And instead of the usual high-heat, low-time roasting, they took a page out of the pit master's cookbook and roasted for 45 minutes at low temperature, a common cooking method for preserving vitamins and minerals that usually get killed off at high temps.

Not only did the study yield higher numbers of polyphenols, but the chocolate also came out sweeter, Afoakwa said, probably thanks to the pod's sweet pulp staying around the beans during storage.

A well-timed solution: The dry weather in the No. 1 and No. 2 cocoa exporters Ivory Coast and Ghana, respectively, is the main contributor to recent evidence of a looming cocoa deficit, leading to widespread panic and efforts to quell the sweet epidemic.

Luckily, the simplicity of this technique means it could be used on a global scale.

Using this method, countries that yield less potent cocoa beans, like those in Southeast Asia and Latin America, could greatly improve what they're putting out, helping shoulder some of Africa's cocoa demand and get cocoa production back on track — and reduce hyperventilation fits around the Mars Inc. headquarters.

Sure, Afoakwa's findings could help put a stop to the chocolate shortage. But it also means there will be an incredibly sweet, perfect bar of chocolate that helps fight heart attacks. It may not be too long before Ghana's new super chocolate pushes the country to the cocoa game's No. 1 pick. Take that, Ivory Coast.