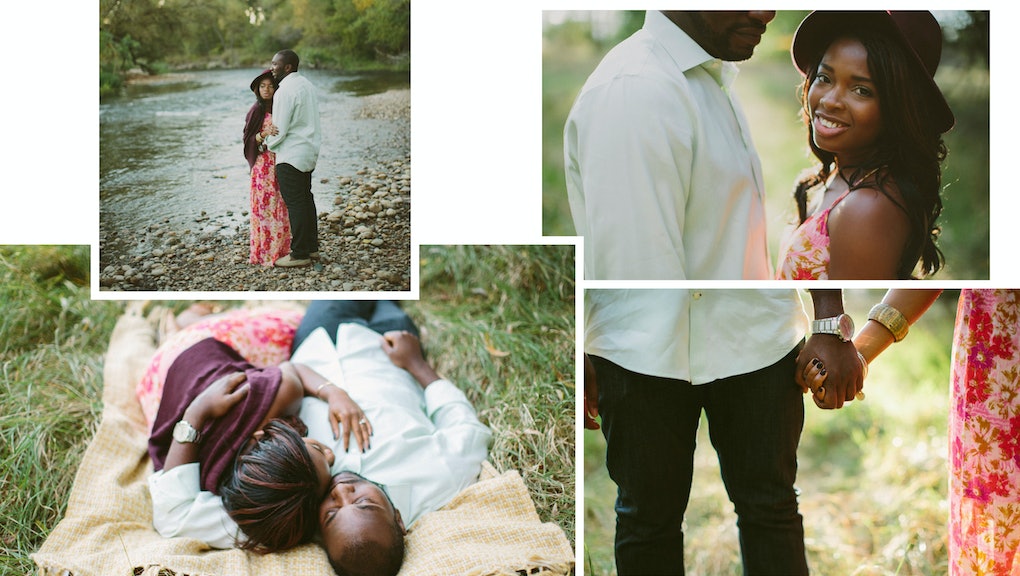 This Is the Feminist Wedding Magazine We've Been Waiting For

Feminism and weddings might not seem like a match made in heaven, with all the focus on female beautification and old-time traditions rooted in gender norms (engagement rings, anyone?). Then there are the modern standards promoted by the wedding industry, from the heteronormative engagement photo trends to the lily-white airbrushed models populating bridal magazines.

But it doesn't have to be that way. Liz Susong, 27, and Carly Romeo, 29, are the latest women making the case for feminist weddings — specifically, a feminist wedding magazine.

Respectively self-described as a "progressive wedding coordinator" and "feminist wedding photographer," the pair are launching Catalyst, a wedding magazine aiming to open up the conversation and norms around modern weddings.

Moving beyond stereotypes: That myth around wedding perfection goes hand in hand with limiting, unrealistic standards, Romeo told Mic, many of which are perpetuated by wedding magazines.

"Where to start?" Romeo said in an email, when asked about the flaws of current wedding glossies. "Heteronormative (some big mags won't even publish same-sex weddings, others reduce same-sex couples to footnotes or tokens), extremely white-focused, extremely class-blind (and all about spending), usually thin-focused (unless it's a "special" issue or article meant for heavy brides) and, of course, they are almost entirely marketed towards brides, versus couples getting married."

Catalyst aims to blow past those limitations. "The magazine tells a different story by showing people of all shapes and colors in beautiful print," the pair write on Kickstarter.

For the inaugural issue, that includes an essay on wedding planning with a nod to bell hooks, a Colorado-based engagement shoot featuring a couple named Simenah and Ifi and a feature about wedding booze featuring female bartenders.

"Catalyst is here to be a resource and a haven for people who feel left out of the typical wedding conversations," Romeo told Mic. And there a lot of people left out: A 2013 study of five bridal publications by researchers at University of Wisconsin-Eau Claire found that "the majority of the women represented ... were thin and light-skinned," all the cover models were white and there were hardly any interracial couples. Moreover, the magazines included almost no plus-size women, and all the couples were heterosexual.

Weddings for all: Including gender, sexual and racial diversity is part of the feminist mission of Catalyst, said Romeo, as is including both halves of a couple. Bridal magazines, as well as wedding photography, tend to focus on the bride, which only further emphasizes the importance of the wedding while deemphasizing what it's meant to celebrate: the start of a marriage.

"Even though there's a lot of hype around weddings and how much you need to buy/DIY to have the Perfect Day, the important part is that you're celebrating your partnership and the start of a new chapter in your lives," Romeo told Mic.

The women behind Catalyst aren't alone in their push for less cookie-cutter nuptials. The trend for alternative weddings has started to pick up, from incorporating small changes (a gold dress instead of white, wedding tattoos in lieu of engagement rings) to jettisoning the ceremony altogether in "un-weddings," like this badass couple in Las Vegas.

But launching Catalyst isn't so much about hopping on a trend so much as it's about making the wedding industry reflect the men and women it's serving. With gay marriage now legal in 36 states, interracial marriages on a slow but steady rise and more couples waiting to marry (and often living together and even having kids first), the classic "married couple" as presented in wedding magazines pretty much no longer exists. Every couple is different, and while no wedding magazine can represent every couple in America, they can get honest about issues of representation and inclusivity.

Weddings, after all, are just really big parties. There's no reason anyone can't have one that looks exactly like they want it to.