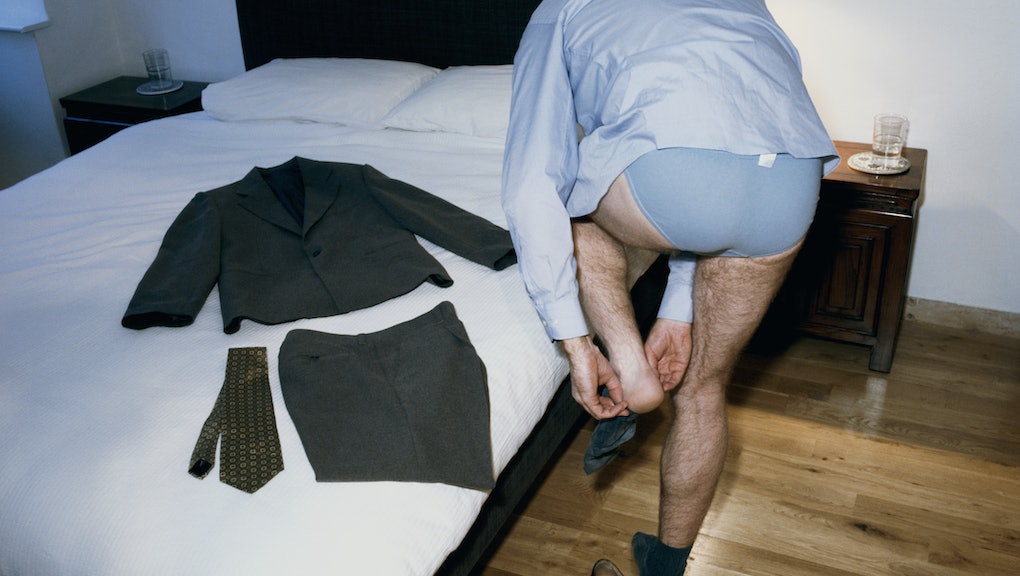 Here's Why We Should Be Talking About Guys' Butts (Yes, Really)

Definitely. We just need to start talking about it.

Overcoming the straight guy stigma: Men receiving penetration in a sexually intimate experience with a woman may seem odd to the uninitiated. There are straight men out there who may immediately associate the notion with gayness, the submissiveness of butt play (even the word "bottoming" implies a power dynamic) evoking even the subtlest homophobia.

Partnering up: "Honestly, up until last year, I was more or less under the impression that only gay males incorporated prostate play into their sexual experiences," Ryan, a straight man, told Mic. "Spending time in sex-positive spaces via social media helped me understand that enjoying a sexual experience has little to do with your orientation. Nowadays, I'm feeling much more excited to incorporate prostate play into my sexual activity."

"My wife enjoys the idea and has fun participating in the activity," Brian, a straight married man, told Mic. "By sharing my enjoyment in stimulating my prostate, my partner was able to not only join in, she was also able to enjoy the experience with me."

YouTuber Davey Wavey recently took on this phenomena in a video of a straight man testing out his prostate with a prostate massager (men get their own vibrators too) for the first time. As the willing and able subject notes on camera, he's pleasantly surprised to realize how great the experience can be.

More and more men seem to have realized the same. "For quite some time now I have made use of my prostate to facilitate orgasms," Brian told Mic. "I find it has an enhancing quality to it and it makes my orgasms to feel much more intense."

Progress via prostates: We've come a long way when it comes to sexual acceptance, but denying sexual pleasure due to societal stigmas, especially those rooted in homophobia, is a sign of regression. If we want true sexual liberation, it's time men and women, of any sexual orientation, embrace the acts that truly give them the most pleasure — without any shame or embarrassment.