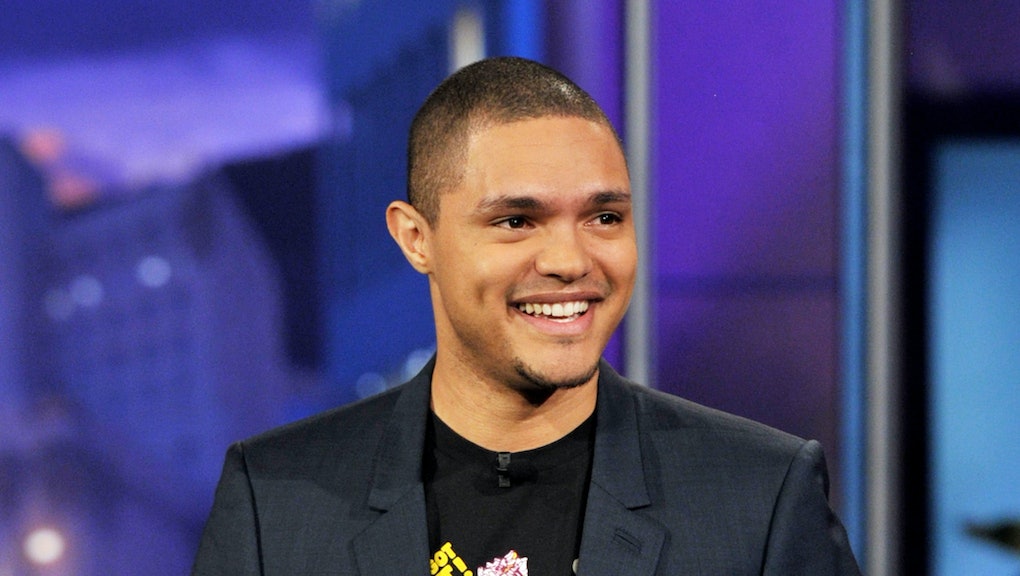 Trevor Noah and the Global Trade Deficit In Entertainment

Much has been written this week about Trevor Noah succeeding Jon Stewart on The Daily Show.

He's a man (it should have been a woman).

What's missing in this conversation is why this particular choice by Comedy Central is groundbreaking — not simply because of all the boxes that Noah does or does not tick, but because of what the choice represents.

The reality is that American entertainment is consumed all over the world. Travel anywhere and you can watch American television, listen to American music and buy American movies. Whether by design or happenstance, the world is American by culture.

However, the reverse is rarely true, especially when it comes to television. Mainstream American audiences don't inherently "know" other cultures through their favorite characters on international TV shows the way someone in India can likely quote their favorite Friends episode. Foreign television formats certainly get bought, but we don't air the British Office or the Israeli Homeland; we bring in American writers and American actors to make the story palatable to American viewers. ("Is Bob in Ohio going to watch a bunch of guys with accents? Probably not," as one executive once told me when I worked at MTV.)

While skeptics often cite the need for cultural nuance as why foreign shows or characters won't work in the U.S., American television shows have long been sold across the globe through increasingly lucrative licensing deals with no such concerns: They get us, but we couldn't possibly understand them.

In turn, we live in a world where there is a trade deficit in entertainment, and American exports reign supreme. The primary stories most Americans hear about other parts of the world, particularly from emerging markets, are often relegated to fundraising appeals or the news, focused on tropes of poverty, disease and war. Terrible things do happen in the world, but they're not the only things happening. Comedy Central choosing a relatively unknown (in the U.S.) South African comic (with an accent) to take over one of its most prized franchises represents a shift, a major and important one.

It first represents an opportunity for new and different stories to be told. Comedy in particular has a unique ability to poignantly convey truths. In Noah's first Daily Show segment, it took him only five minutes to humorously tear apart typical African stereotypes. In less than 60 seconds, he reframed the Ebola debate.

Second, it represents a true (and welcome) risk to elevate not just a foreign comedian, but one who is neither white nor from the U.K. or Australia, two countries whose artists have previously seen some comic crossover success. It's evident in the media coverage to date that journalists aren't quite sure how to frame Noah's "difference." He's foreign. But he's black. Wait, no, he's biracial. The plain and simple fact is that Noah represents the first entertainer from an emerging market, more specifically the African continent, to be given one of America's biggest platforms.

Third, if the statistics are still true that most youth get their news from The Daily Show, then choosing a South African, biracial, multilingual comic to head the show could be an opportunity for young people's best education yet. While it remains to be seen what Noah will ultimately do with the show, it is incredibly exciting to consider what a new generation of Americans will learn from a completely different voice from a part of the world they may not know.

Finally, choosing Noah represents an opening, the possibility that other international stories and artists could find a welcome home in the power hubs of American entertainment, and in turn the American psyche. The choice could mean the global entertainment "trade deficit" may not simply continue to widen, and that is good for all of us. Global perspectives are often simply human perspectives, and for once, our entertainment may begin to show not just what makes us different, but the beauty of the bridges that connect cultures and make us the same.

This op-ed was written by Trina DasGupta, the Founder & CEO of Single Palm Tree Productions.