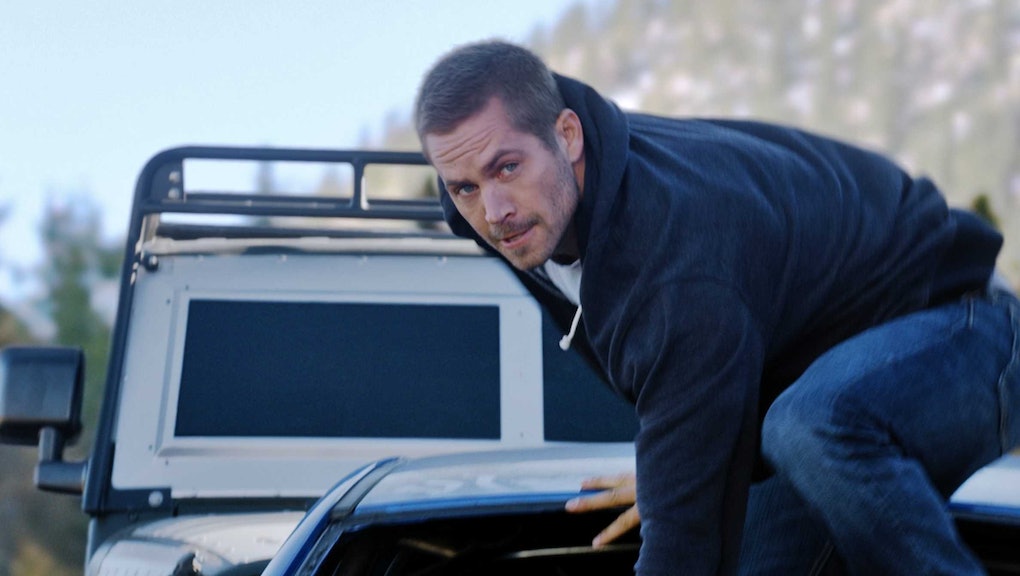 Surprising no one, Furious 7 is a hit. The seventh installment of the franchise surpassed a number of records this weekend, earning $143.6 million in the U.S. and $240 million internationally — and that's even without opening in box-office powerhouse China.

In addition to posting the largest opening sum for the series, Furious 7 broke the record for highest April weekend opening ever. It also was the ninth-highest opening weekend ever in the U.S. What Furious 7 has accomplished is unprecedented, and it's largely due to the talented filmmaking team that reinvigorated the series.

The Fast and the Furious franchise is like two series in one. The first two were helmed by different directors, while the third, The Fast and the Furious: Tokyo Drift, featured almost none of the same cast. The fourth film, Fast and Furious, acts as a bridge for the franchise, bringing back the main cast but keeping the plot focused on street racing. Despite grossing even more than the original film, Fast and Furious was the series's critical nadir. Director Justin Lin got away from racing as the main story in the next installment, adding a heist plot. It was a risky move, especially after Fast and Furious' financial success, but it paid off: Fast Five was the most impressive entry in the franchise not just financially but critically as well. Such success wasn't just a flash in the pan, either: Fast and Furious 6 made more money and maintained critical support.

Topping themselves again wasn't easy. Furious 7, as Mic wrote last week, had a lot of challenges in its path, from the death of its star Paul Walker to executing a marketing campaign that felt like a tasteful wake and not a gross exploitation. The team clearly passed that test with flying colors. Sure, the continued strength of the franchise critically likely helped. Debuting the film early at South by Southwest created early buzz that critics' screenings maintained.

But thanks to the marketing team, this film felt like a goodbye to Walker. Using the tagline "One Last Ride," the Furious 7 team created a sense of urgency: "You need to see this movie. It's the last time it's going to feature the entire original team. It's your chance to pay respects to Paul Walker." The strategy worked, leading to a massive box office take that positively dwarfs other franchises' seventh installments.

With an eighth entry in the series on the way, the question becomes whether the series can possibly top itself next time. This feels like lightning in a bottle: sustained buzz, the improbably well-marketed campaign centered on Walker's death, the increased momentum from Fast Five and Fast and Furious 6. It seems likely the next film's opening weekend will settle into a still healthy, though not superhuman, spot on the chart. For now, however, the Furious 7 team can celebrate: This film is firmly in the record books.