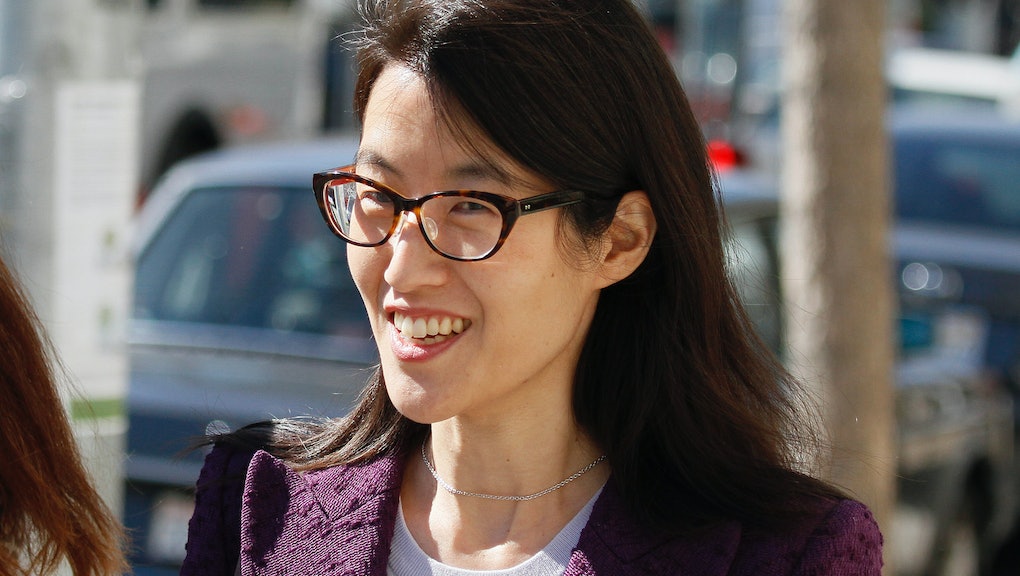 Reddit interim CEO Ellen Pao announced the company would be eliminating salary negotiations, in an interview with the Wall Street Journal on Monday, citing the prevalent and documented bias against women in such situations.

"Men negotiate harder than women do and sometimes women get penalized when they do negotiate," Pao told the Wall Street Journal. "We aren't going to reward people who are better negotiators with more compensation."

Pao is no stranger to the politics of gender workplace inequality. Before becoming CEO of the online news aggregator, she served as a junior investing partner with venture capital firm Kleiner Perkins Caufield & Byers. Her failure to be promoted to senior partner and the subsequent gender-discrimination lawsuit she initiated against the company captivated the Internet for weeks.

The science. While America's gender pay gap may not be surprising — on average, women will make 78 cents for every dollar a man makes in the same position, while that figure shrinks to 58 cents on the dollar for Latina women — salary negotiations may be an overlooked solution to this major problem.

Though Pao's move may seem unorthodox, it's one backed up by science. A 2007 study in the Journal of Personality and Social Psychology found that women were less likely to negotiate salaries. For historical reasons relating to power, politeness and language the study argued that, "framing situations as opportunities for negotiation is particularly intimidating to women."

A previous 2001 study from the same journal found that gender stereotypes played a significant factor in negotiating performance and concluded: "Men outperformed women when the negotiation was perceived as diagnostic of ability."

And, while Amy Poehler may have once said, "It's never overreacting to ask for what you want and need," a Harvard-National Science Foundation report disagreed, at least when it came to women, finding that they were penalized more often than men for initiating negotiations.

The Reddit move raises fundamental questions not just for women: Should any employee be rewarded because they were better at negotiating? A completely fair negotiation can only exist when both sides have perfect information about the other.

Even with innovations like company review site Glassdoor, the process will always favor employers with inside information and the ability to capitalize on the imbalances it creates. In fact, the U.S government may have come to the same conclusion, with most job offerings on USAJobs.gov coming with defined pay grades that are publicly available.

The takeaway: While the answer to pay inequality probably lies in more than salary negotiations, we should applaud Reddit for taking a bold step in the right direction. Given the volume of scientific data the real question is why more companies aren't doing the same thing.