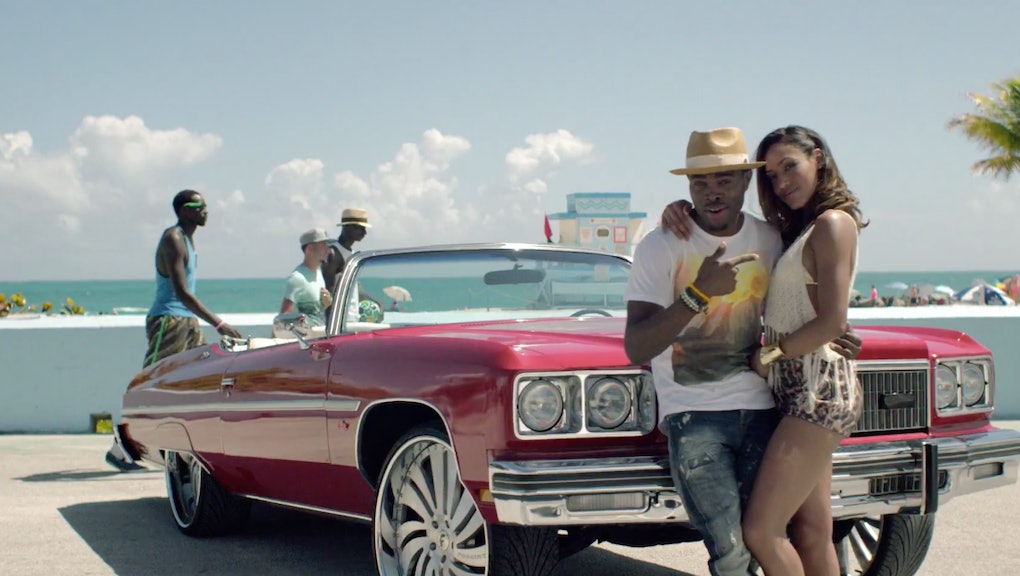 This Is One of the Catchiest Songs In the World, but You Won't Hear It in the U.S. — Yet

Shazam, the magical music app that identifies mystery songs playing within earshot, might also be the best measure of the catchiest songs in the world. It monitors its over 100 million monthly active users and charts the number of times any given track has been Shazam'ed. Their charts list the 100 most Shazam'ed songs from around the world, giving a glimpse of what the world wants to hear, and the songs that catch the ears of listeners.

These are usually the same songs you see at the top of the charts. But Wednesday, the most Shazam'ed song in the world was "Cheerleader" by OMI. If you live in America, you've probably never heard it — but that's about to change.

OMI released the third music video for his song Wednesday, and with it a campaign to reach American audiences. The reggae song was released in 2012, then remixed in 2014 by German DJ Felix Jaehn. The catchy-as-hell remix rocketed the song to the top of the charts in major music markets around the world — with the notable exception of the U.S. So the repackaging is a wise move; the song's lyrics aren't exactly progressive, and the previous music video (see below) doesn't help dispel that sense. It'll establish OMI in America just in time to earn him one of the coveted song of the summer spots.

And he's carried on with aplomb. The remixed "Cheerleader" hit No. 1 on the charts in Australia, Sweden, Italy, Netherlands, Germany, France and more. It sat at No. 2 on Shazam's worldwide chart for a bit, and finally reached No. 1 Wednesday with the release of the new video.

When reached for comment, OMI's team told Mic in an email, "In the next two weeks, you will see a big change," as they attempt to break through to the American music market. Historically, that hasn't been an easy feat, and the most successful foreign songs have had accompanying viral videos: Psy's "Gangnam Style," Los Del Rio's "Macarena" and Los Lobos' version of "La Bamba." But "Cheerleader is in English, and that will be a huge boon to its chances.

So far, "Cheerleader" still hasn't made it to the U.S. charts, Shazam or otherwise, but it's beating out heavyweights like Ed Sheeran and Rihanna on the worldwide chart. And the song is stepping into a genre void that Americans eagerly seek to fill: reggae. 2014's surprise hit was Magic!'s "Rude," and Rihanna, Maroon 5 and Jason Mraz have all dipped their toes into the genre with varying levels of success.

That and the catchiness of "Cheerleader," as evidenced by its international success and notable Shazam-ability, might be enough to break through to the U.S. OMI might have recorded 2015's song of the summer.