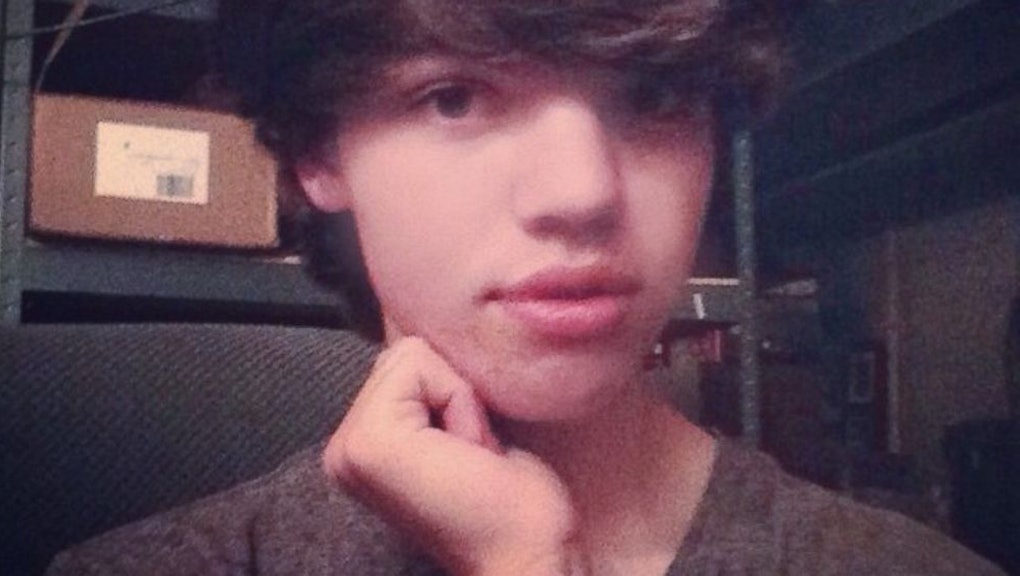 Shortly before she died, a trans teenager begged for someone to "fix society" for people like her. Four months later, President Barack Obama is beginning to listen — but is listening enough?

Three days after Christmas, Leelah Alcorn, a 17-year-old transgender teenager in southwestern Ohio, killed herself by walking in front of a tractor-trailer. In her widely shared suicide note, Alcorn described the joy of discovering her trans identity, and the shame of being forced to undergo so-called "conversion therapy" at the behest of her conservative Christian parents. Conversion therapy, as dangerous as it is dubious, claims to effectively "change" a person's sexual orientation or gender identity through therapy. Minors, lacking the legal authority to protect themselves, are the most frequent victims of the practice.

Alcorn ended her note with a heartbreaking statement about life as a trans teenager: "The only way I will rest in peace is if one day transgender people aren't treated the way I was ... My death needs to be counted in the number of transgender people who commit suicide this year. I want someone to look at that number and say, 'That's fucked up' and fix it. Fix society. Please."

In a statement penned by White House senior advisor Valerie Jarrett and posted below a WhiteHouse.gov petition submitted in Alcorn's honor, the Obama administration officially condemned the practice of conversion therapy on minors. "The overwhelming scientific evidence demonstrates that conversion therapy, especially when it is practiced on young people, is neither medically nor ethically appropriate and can cause substantial harm," the statement reads. "As part of our dedication to protecting America's youth, this administration supports efforts to ban the use of conversion therapy for minors."

A long time coming: Following Alcorn's suicide and the international outcry over the circumstances leading up to it, the petition calling for "Leelah's Law" to protect LGBT Americans from conversion therapy garnered more than 120,000 signatures. "Therapists that engage in the attempt to brainwash or reverse any child's gender identity or sexual orientation are seriously unethical, and legislation is needed to end such practices that are resulting in LGBTQ+ deaths," the petition declared.

Quoting a statement made by the American Psychological Association in 1998, the White House joined the organization in declaring the practice "against fundamental principles of psychoanalytic treatment ... often result[ing] in substantial psychological pain by reinforcing damaging internalized attitudes."

Declarations aren't laws. The statement, first reported by the New York Times, goes long on the dangers of conversion therapy and the valor of state and local governments that have taken the steps to ban its use on children. What it fails to do is propose any specific action on the part of the federal government that would hinder the continued psychological torture of LGBT children. Leelah's Law, the entire point of the petition, only merits a hashtag on Twitter.

After lauding California, New Jersey and the District of Columbia for successfully passing bans on using conversion therapy on children, and singling out New Jersey's Republican governor for signing such a ban, the White House attempts to bury the unpleasant reality of congressional gridlock: "While a national ban would require congressional action, we are hopeful that the clarity of the evidence combined with the actions taken by these states will lead to broader action that this administration would support."

The report in the New York Times makes the nebulousness of the statement's most important line even more clear: According to White House sources, "Obama will not explicitly call for a federal law banning therapists from using such therapies on their patients, but he is open to conversations with lawmakers in both parties."

That's code for "don't hold your breath for House Republicans to get on board." The Capitol is currently occupied by the second least productive assemblage of lawmakers in American history. Congress can't be trusted to pass a kidney stone, much less substantive legal protections for people that some congressional staffers still think are "faking it." Obama seems resigned to leaving the legwork of a national ban on conversion therapy to a group of people who have dragged their feet on anti-discrimination protections for LGBT Americans for more than four decades. "The clarity of the evidence" be damned — at this rate, Leelah's Law won't be ready for a presidential signature until America's tricentennial.

The White House's support of statewide bans is still a remarkable feat considering that six years ago, then-Sen. Obama was openly opposed to same-sex marriage. It's a welcome gesture of inclusion for the trans community, a group whose legislative agenda has been sidelined time and again by mainstream LGB organizations and center-left lawmakers. Unsurprisingly, trans advocacy groups have been universally supportive of the White House in the first hours after the statement's release.

"Having President Obama and the weight of the White House behind efforts to ban conversion therapy is so critical in the fight for transgender and LGB young people," Mara Keisling, executive director of the National Center for Transgender Equality, said in a statement. "My hope is that when a transgender person's struggle is acknowledged by one of the most recognizable figures in the world, it positively changes the way they view themselves."

There's more to be done. As the White House's response to the petition notes, bills banning conversion therapy for minors have been introduced in 18 states since last year. Obama may not be willing (or may not be able) to spend political capital to pass Leelah's Law in Washington, but he can use the bully pulpit of the presidency to bring the issue to mind in every one of those states. Obama visited three states last week, each one of which has yet to pass a statewide ban on conversion therapy.

The president, after opening the Edward M. Kennedy Institute in Boston or holding a round-table conversation on clean energy in Utah, could take a few moments to tell local reporters, lawmakers and voters what he said in his personal attachment to the White House's statement on conversion therapy:

"Tonight, somewhere in America, a young person, let's say a young man, will struggle to fall to sleep, wrestling alone with a secret he's held as long as he can remember. Soon, perhaps, he will decide it's time to let that secret out. What happens next depends on him, his family, as well as his friends and his teachers and his community. But it also depends on us — on the kind of society we engender, the kind of future we build."

An American president, speaking directly to the people about the seldom-discussed trauma of guarding one's true identity for fear of violence, abuse and worse? While millions of gay, lesbian, bisexual and transgender Americans wait for Congress to "fix society" nationwide, the president's words of support for LGBT youth still pack enough potency to give local versions of Leelah's Law a fighting chance.