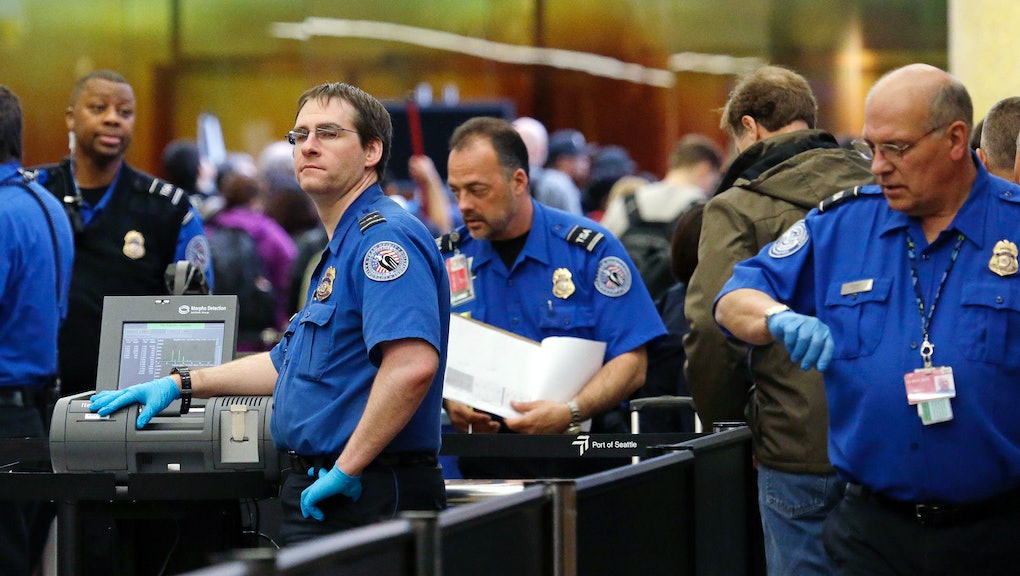 The U.S. Government Can Legally Search Your Digital Life Every Time You Go on Vacation

Any foreigner or American citizen crossing the U.S. border can have all their digital content, from laptops to phones, downloaded without probable cause, according to the Department of Homeland Security.

A recent Motherboard story pointed to the fact that the department's "Privacy Impact Assessment for the Border Searches of Electronic Devices" states a traveler, with the exception of those who have diplomatic immunity, may be subject to random selection simply because a Customs and Border Patrol officer "may determine, through his observations," further inspection of a traveler is warranted. The CBP officer simply needs approval from their supervisor to proceed, nothing more.

The Intercept obtained a classified Transportation Security Administration document, which provides officials with behavior to look out for in passengers that might indicate they are terrorists. Such warning signs include "exaggerated yawning," "widely open staring eyes" or "excessive throat clearing," any of which could prompt a warrantless investigation of your electronic data.

An overreach? Examining the DHS document reveals how little power travelers really have over their personal information.

To begin with, you might not even know if authorities performed an extensive background check on you. The document says, "in some situations it is not be practicable for law enforcement reasons to inform the traveler that his electronic device has been searched."

While the thought of being investigated without cause for suspicion is jarring enough, even without any reasonable doubt after the initial search, a further investigation of its contents by a third party is justifiable.

"CBP and/or Immigration and Customs Enforcement "may demand technical assistance, including translation of decryption, from another person or entity without reasonable articulable suspicion that the data on the electronic device is evidence of a crime," the document reads.

Such investigations can override existing laws of privacy, such as attorney-client privilege, doctor-patient confidentiality or exposing anonymous sources for journalists. Even "legal materials are not necessarily exempt from a broader search."

Neither the TSA nor the CBP responded to Mic's request for comment by time of publication.

Where does it stop? Though the application of these powers isn't entirely clear, based on this document, the U.S. government is systematically abusing its power with myriad covert mass surveillance programs. Much of the country found Edward Snowden's exposure of NSA surveillance deeply distressing and were left feeling helplessly unable to protect their private information.

Historically, such mass surveillance programs have often functioned as the thin end of the wedge. The Stasi, East Germany's secret police, surveilled its citizens on a comparable scale (accounting for different technologies), by listening in on phone calls and placing bugs in the homes of "suspicious" citizens.

If we want to subvert this troubling trend, we must change the trajectory of mass surveillance in this country, lest ordinary citizens find themselves even more powerless. In the meantime, travelers should avoid excessive yawning and widely open staring eyes if they want to avoid being singled out.