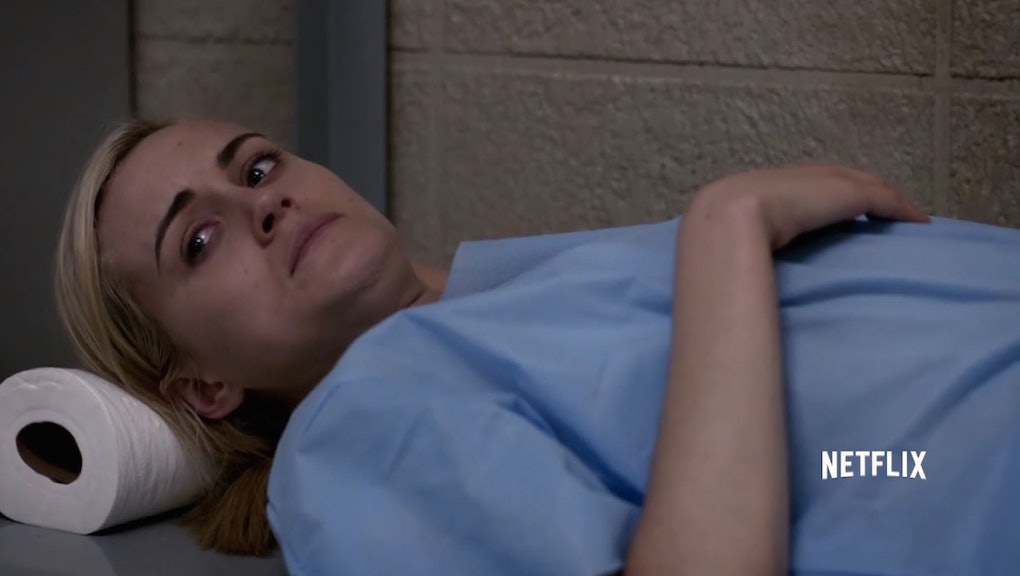 Orange Is the New Black is coming back, this time with some extra Red.

The groundbreaking show, premiering its third season June 13, just unveiled a trailer. We don't learn a lot about the new season's plot, outside of some of the inmates talking about "Litchfield 2.0" when looking at the new, cleaner facilities. But don't stress about not knowing much yet: As Red (Kate Mulgrew) tells Piper (Taylor Schilling), it's best not to think too hard on it.

Ironically, season two was the one that kept things more black and white. The season was slightly weighed down with the introduction of the show's first truly villainous character, Vee (Lorraine Toussaint), muddling a world that's filled with people in brilliant shades of gray.

By the looks of things, though, OITNB is back to its colorful self.

With the return of protagonist Piper's dangerous love interest Alex (Laura Prepon) as a full-time cast member, plus the addition of queer woman Ruby Rose and Jason Biggs' Larry taking the season off, OITNB seems more focused on its women than ever. If the season is as funny as some of the jokes in these two minutes, we're in for one hell of a season.