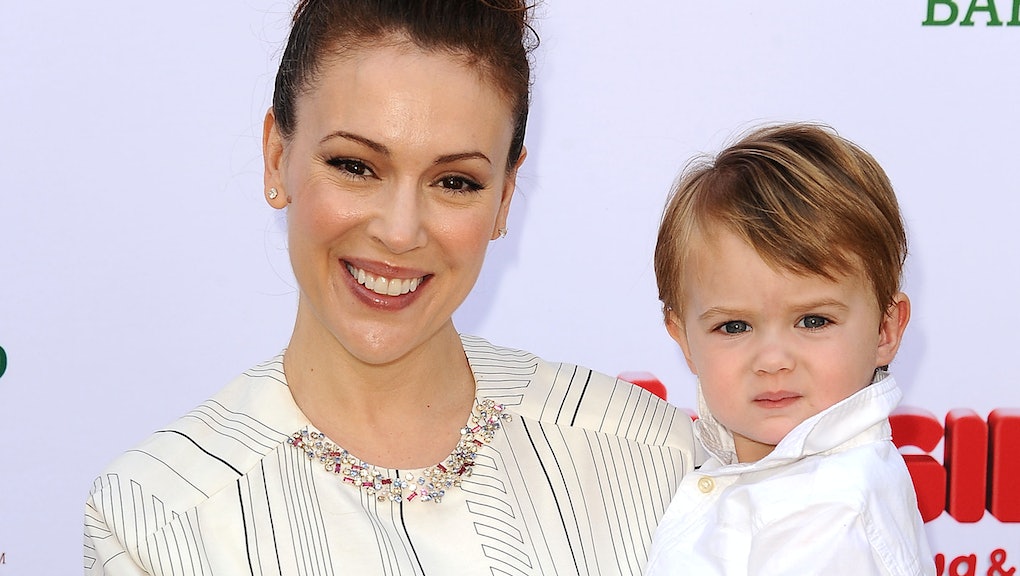 But the actress hardly took the blow sitting down. In fact, she publicly took the airport to task on Twitter.

Milano kept her cool as she tweeted that she checked the airport's policies before her flight, including making sure she used the correct-sized milk containers. She "would have happily" complied with the airport's rules, she wrote, but "instead, milk was taken away with no discussion" while her other liquids were deemed acceptable.

Heathrow Airport responded, explaining their rule and apologizing for "any confusion caused."

But Milano still ended up boarding the plane with breast milk: She pumped after passing through security carrying 5 ounces onboard, making their confiscation irrelevant.

Though undeniably frustrating and upsetting for her, Milano's experience perfectly illustrates the way in which, even in 2015, our society is still structured in a way that fails to account for women's needs. Whether it's breast feeding, racialized pat-downs or beyond, hopefully women will look to Milano as an example when they face these problems in the future and publicize the discrimination they experience in the hopes of putting it to rest once and for all.