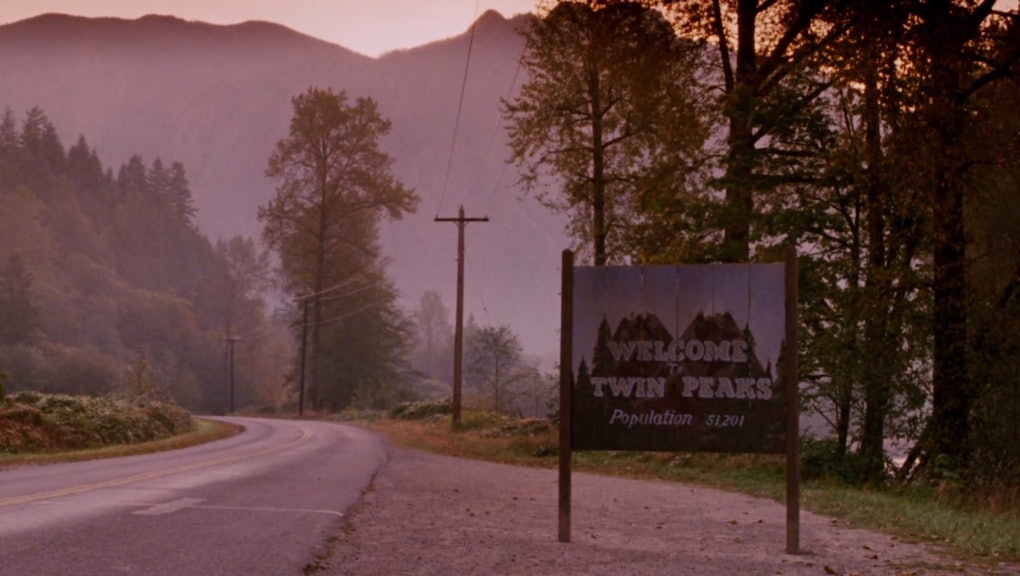 Last October, David Lynch announced the return of his iconic '90s television phenomenon in the most Twin Peaks fashion imaginable: a tweet with a haunting minute-long teaser and the hashtag #damngoodcoffee. But one thing about the teaser captured the show better than anything else: the theme song.

Everything about the show is encapsulated in that theme — the tension, the melodrama and the sinister beauty. Though Lynch's involvement in the reboot is in serious doubt, the show might still work as long as its other elements are left intact. None of these are more vital than Angelo Badalamenti's music. His compositional style played a fundamental role in shaping not only the show's aesthetic but the whole of music history since the show debuted.

A touchstone for artists: The soundtrack to Twin Peaks is arguably the most influential soundtracks ever to grace television. The ethereal soundtrack is one of the only television soundtracks to receive a gold RIAA certification. The title theme also won a Grammy in 1991, beating Phil Collins and Kenny G, two musicians who built their careers off writing the kind of smooth, jazzy numbers the soundtrack so cleverly subverts.

Its significance is clearest, though, in the hoard of professional musicians it influenced. Electronic pioneer Moby's second single "Go" sampled string lines from the song, "Laura Palmer's Theme." And the success of his song helped make him into America's top rave DJ. Pop star Sky Ferreira took the title of 2013 album Night Time, My Time, from a Palmer quote. And, as Noisey points out, Ferreira draws much of the album's lyrical content from the show's companion movie Twin Peaks: Fire Walk With Me.

Furthermore, in the last song of the last concert they ever played, LCD Soundsystem played a snippet of the show's theme at the start of "New York, I Love You But You're Bringing Me Down." The indie band Bastille named their debut EP after the show's focal character, as well as a song — "Laura Palmer" — and re-released the title song on their debut album Bad Blood. It draws sonic inspiration from the show's soundtrack — echoing, symphonic soundscapes. As predicted by Digital Spy, the track helped swell the group's cult following into a household name in indie rock.

A whole style: More broadly though, the retro-leaning dreamy strings and ghostly high-pitched vocal lines that Badalamenti and Lynch's soundtrack helped popularize now make a large portion of indie pop's soundscape. The aesthetic runs throughout the music of FKA Twigs, Lana Del Rey and Passion Pit. Julee Cruise, the vocalist who performed the movie's theme titled "Falling" (and also appears as the frontwoman of the band Agent Dale Cooper listens to at the Road House when he sees the giant) hears echoes of her distinctively thin, high-pitched vocal style across today's music. "They sing like sexy baby girls," she told Rolling Stone in July 2014, before granting that "They all have their own personality."

Del Rey, specifically, drew much of her sound and style from Twin Peaks. In November 2012, Slate reports, she asked an interviewer: "Have you ever seen Fire Walk With Me and the scenes where Laura Palmer is in the bar with the lumberjacks, sort of dancing and getting crazy? Well, it's that frightening sensation of being out of control that really sticks in my mind." So much of her music seeks to capture this reckless, deadly romanticism, while her music often relies on the distinctively '50s and '80s throwback balladic style that Badalenti remade on Twin Peaks.

Perfect for the show: One of the reasons that Twin Peaks' music has had such lasting power is likely because it directly complements the deeply mysterious vibe of the show itself. Badalamenti described the process of creating the song. Lynch was by his side the entire time, narrating the images and feelings his show would attempt to evoke. Badalamenti even remembered what Lynch told him when he wrote the theme:

"David would say: 'OK Angelo, we're in a dark woods now, and there's a soft wind blowing through some sycamore trees, and there's a moon out, and there's some animal sounds in the background, and you can hear the hoot of an owl. ... Just get me into that dark wood,'" Badalamenti described in the documentary Secrets From Another Place: Creating Twin Peaks. As Lynch described the scene, Badalamenti found the dark sound of "Laura Palmer's Theme" that he played for Lynch that fateful day. Badalamenti improvised the entire theme while Lynch narrated the mood. And at the end: "David got up, he gave me a big hug, he said, 'Angelo: that's Twin Peaks.'"

No aspect of the show is more important to establishing that unmistakably devilish Twin Peaks vibe than the show's music. It sets the hypnotic tension that runs throughout every scene and introduces every mysterious character. It has changed the entire landscape of music as we know it, and will likely inspire a new class of musicians when and if the show returns in 2016 — especially if Badalamenti is brought on to write more music. Because Twin Peaks can still be Twin Peaks without Lynch — just not without the music.