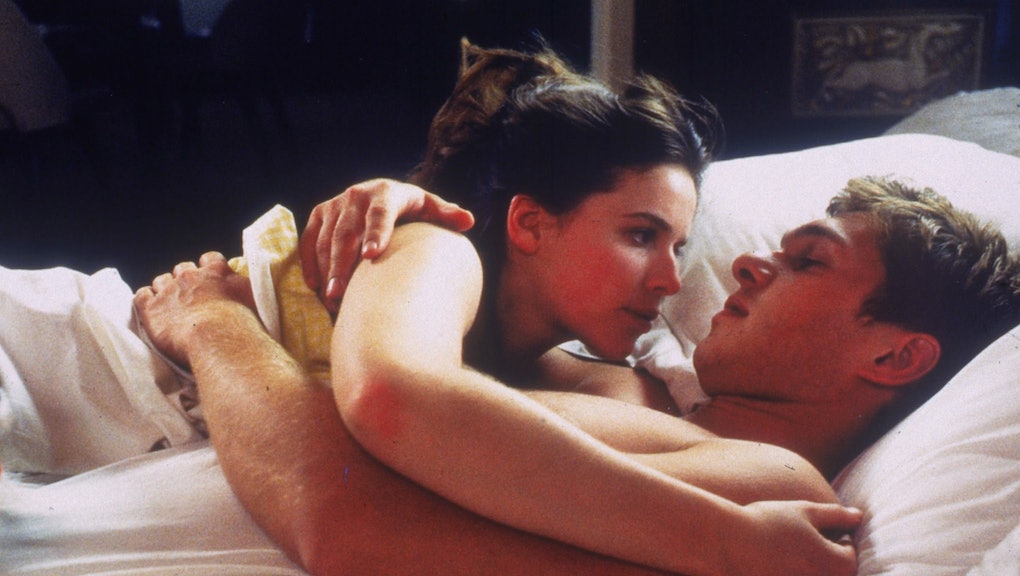 This One Simple Thing Could Lead to More Sex

A study from the Journal of Sexual Medicine has found that the more shut-eye you're getting, the more likely you are to have sex.

More sleep, more sex: Researchers asked 171 female college students to journal about their sexual activity and sleep habits every morning for two weeks. They were especially interested in how long it took the women to get to sleep and the duration of their snoozing.

The study found one extra hour of sleep was linked to greater sexual desire. Not only that, but women who had one more hours of sleep were 14% more likely to have sex with their partner the next day. The researchers accounted for variables such as overall mood, age and fatigue, and yet, sleep still had a profound effect on participants' bedroom habits.

In fact, women with longer average sleep duration even reported more genital arousal than those who had a much shorter nightly average. The women were clocking in an average of 7 hours, 22 minutes of rest a night, which suggests we should shoot for a bit above that mark to maintain a healthy sex life.

While this research was inconclusive, a 2011 study hypothesized that when we lose sleep, we go through hormonal changes that negatively impact sexual functioning. As this study suggests, sleep can change us on a biological level — from how aroused we are to our sexual desire — but it can also change our attitudes toward sex.

Getting that rest: Sleep is so meaningful because when we're exhausted, we're not ourselves. For both men and women, sleep deprivation has been shown to cause a low libido. The National Sleep Foundation's 2011 Sleep in America Poll found that, of over 1,500 Americans surveyed, 40% reported a lack of sleep impacted their sex lives, while 21% reported it majorly impacted their sex lives.

Additionally, when we lose sleep, we're grouchier, impulsive and less empathetic — not exactly the mood we want to hop into bed with. A 2013 study found that couples were most likely to have a fight the day after a night of sleeplessness. "With couples being more emotionally fragile after a poor night's sleep, they're less able to communicate or resolve conflict as effectively," Susan Krauss Whitbourne, a psychology professor at the University of Massachusetts Amherst, previously told Mic.

So how do we get our sex lives on track after a few rough nights? "If there's anything women or their partners can do to help promote good sleep for one another, whether it's helping out around the house to reduce workload, planning romantic getaways, or just practicing good sleep hygiene, it could help protect against having problems in the bedroom," David A. Kalmbach, lead author of the study, told CBS News.

While sleep might not be the cure-all for any sexual problems you have, we can add it to the ever-growing list of reasons why we really should try for our seven to nine hours. So, turn off that Netflix an hour earlier, close that spreadsheet, take the time to cuddle and surrender to sleep. Your sex life — and your partner —will thank you later.