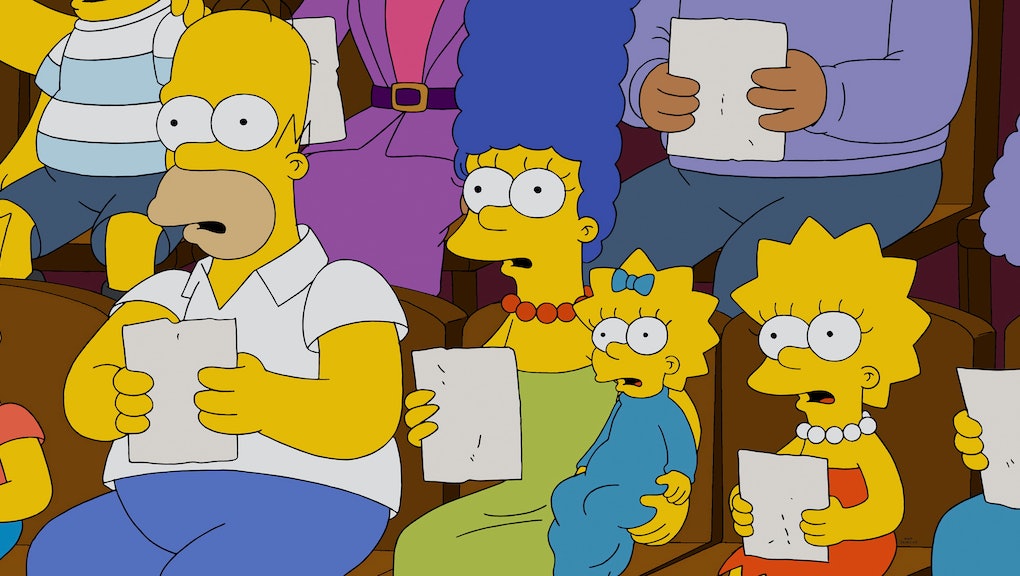 Nearly 21 years ago, all the way back in 1994, an episode of The Simpsons called "Homer Badman" aired in which Homer Simpson is accused of sexually assaulting a babysitter while driving her home.

From one angle, it appears he's trying to grab her butt, but thanks to a video shot by Groundskeeper Willie, the truth soon comes out: Homer was just reaching for a piece of gummy candy stuck to her pants.

After Homer is cleared, Marge Simpson volunteers the following line:

Once more, for emphasis:

"Well, the courts might not work anymore, but as long as everyone is secretly videotaping everyone else, justice will be done."

Exactly. Her observation would be laughable if it weren't so profoundly apt. It may have been a throwaway line meant to induce laughs at the expense of the American justice system, but in 2015, things are actually that bad.

Last Saturday, 50-year-old Walter Scott was fatally shot in the back by a police officer as he ran away. Officer Michael Slager originally claimed that he shot Scott in self-defense during a tussle; video footage, captured and later released by a bystander, 23-year-old Feidin Santana, demonstrated that this was not at all what occurred. In reality, Slager fired eight shots at Scott as he ran in the opposite direction.

As a result of the footage, Slager was charged with murder and dismissed from his position on the force. Like Marge Simpson predicted, justice was served, but not by the courts. Instead, it was served by the stroke of luck that stationed a bystander with a camera in the right place at the right time.

Like other forms of commentary — the Onion ran multiple stories abut Scott's murder, one of which was headlined "DOJ Announces Initiative to Deploy Smartphone-Carrying Bystanders to Nation's Streets" — Marge's humor is a biting critique of the country's so-called justice system.

One would have hoped, however, that things would have improved since the episode aired. Unfortunately, her observation is just as relevant today as it was 21 years ago.