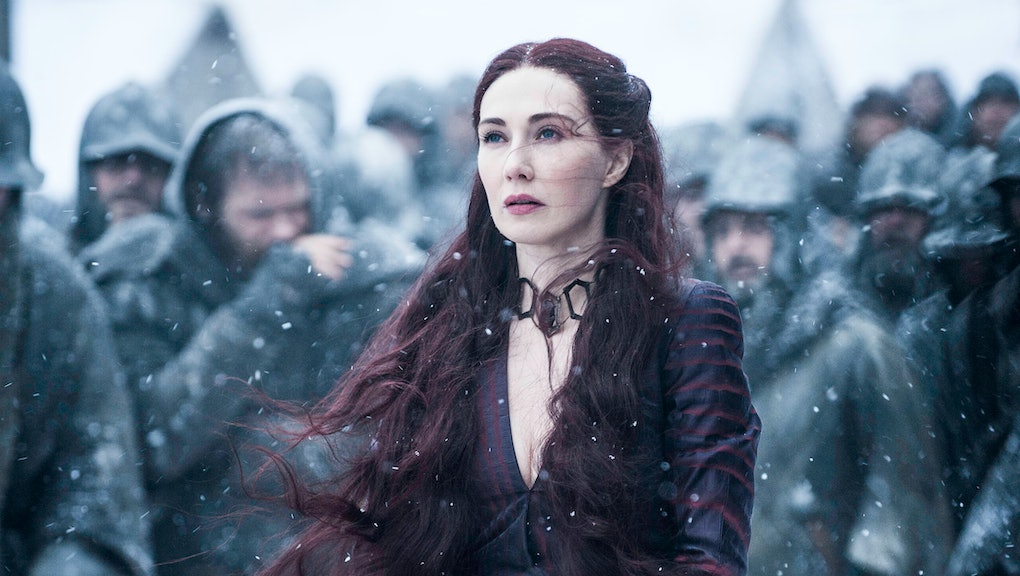 This Sunday Will Have the Best TV You've Seen in Months

It's no secret that for some time, Sunday night has been the best night for TV. This Sunday, however, the TV gods are being extra-kind.

Four different shows are returning for new seasons this Sunday, while others continue strong seasons and MTV airs its second most popular awards show. What should you watch and when? We've got the breakdown for you.

Grab your pet dragon and strap in: Game of Thrones is back, and as Mic's senior editor Scott Bixby notes, it feels more feminist than ever. "The conclusion of the fourth season of Game of Thrones set the stage for a major first in mainstream fantasy genre: the depiction of a world of magic, war, sex and intrigue, with a diverse group of strong women at its core."

The show is HBO's biggest hit, but if you're behind, you can also catch up with the past four seasons on HBO Go and HBO Now.

The veep is moving on up. Selina Meyer (Julia Louis-Dreyfus), after three years of jockeying for more power, has found herself as president of the United States. Much like House of Cards' third season, albeit here in a much lighter fashion, Veep's new season will explore what happens when people who seek power finally get it.

Will Silicon Valley be able to get over HBO's two-season curse? It was widely watched last season, but Sunday is a new day. This is make-it-or-break-it territory for the Emmy- and Golden Globe-nominated series; now's the time for it to break out and become a higher-rated Veep or Girls.

"Is that all there is?" asked last week's episode of Mad Men after a nihilistic, facial-hair-aplenty introduction to the 1970s. There are only six installments left of one of our most influential series ever, and as always, the episode descriptions are hilariously vague. Here's Sunday's: "Don receives unwanted advice from Roger; Peggy and Stan do not agree on an account's personnel." Riveting stuff, right? Funny thing is that it probably will be.

It's been a while since Nurse Jackie's golden days, but star Edie Falco is still worthy of your time in the show's final season. After an accident at the end of last season, longtime drug addict Jackie is clean — and unable to practice as a nurse. What happens when your addiction to pills and your profession get cut off simultaneously? That's what the show's going to explore in its last eight episodes.

Season six of The Good Wife has been uneven, especially in its winter episodes, but the spring saga has regained the sureness of writing and performance the show had in season five. This week's episode is going to be a big one for series standout Christine Baranski. After Baranski's legal countess, Diane Lockhart, finds out she presented falsified evidence in court, she faces possible disbarment. Baranski is a treasure, and every chance to see her work her magic is well worth watching.

After a week off, Fox's new hit comedy is back with two new episodes on Sunday night. The Last Man on Earth isn't a perfect show — its pilot was its best episode, with nothing since quite living up — but it is an innovative one. After a couple of seasons with few breakout comedy hits, this one is a blessing.

Who'll win best kiss: James Franco and Seth Rogen? Ansel Elgort and Shailene Woodley? Andrew Garfield and Emma Stone? Only one pair will get the chance to recreate Ryan Gosling and Rachel McAdams' iconic moment of yesteryear. There's some other awards, too, but we know what you came for: the hilarious Amy Schumer as host.