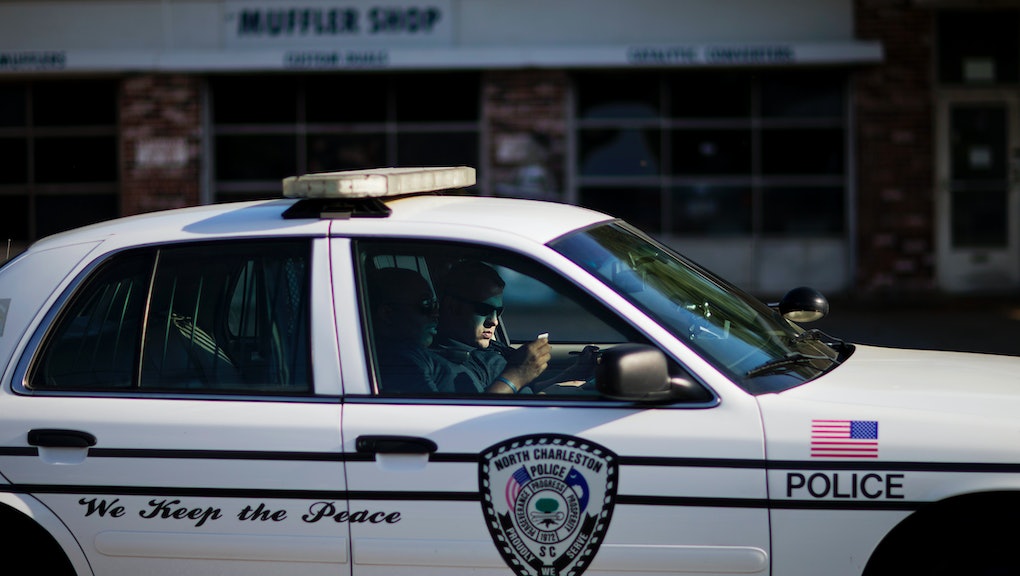 A video of a young black man's reflections on a traffic stop in Lexington County, South Carolina has gone viral for its anti-stereotyping message.

22-year-old Army National Guardsman Will Stack recorded the clip from in his car after being pulled over by a white police officer for crossing a traffic median while making a left turn outside the county courthouse. After a polite, calm encounter in which Stack kept his hands on the wheel and the officer explained Stack's error, Stack drove away without a ticket and none the worse for wear.

In the video, Stack argues that this polite run-in with the cops happened just as it should have. He adds that it demonstrates incidents like the traffic stop shooting of Walter Scott in North Charleston shouldn't be viewed as the norm:

NBC 12 reported that Stack intended the video to be a "positive" counterpart to the overwhelmingly negative media coverage of race relations across the United States.

"I am an African-American male. This gentleman was a Caucasian," Stack says in the two-minute video. "There were no problems."

"Just because you're a cop doesn't mean you're a bad person. This world really needs to stop putting labels on people and things and see them as who they are: people doing jobs, doing things," Stack adds. "Ignorance has no color. God doesn't see color, why should we?"

Comments on the video varied widely. Some praised his cool and refusal to let knowledge of the way encounters between police and young black men often go wrong color his reaction to his own stop, while others said that they hoped members of the law enforcement community would learn from his respectful approach. A few accused him of viewing race relations in the U.S. with rose-colored glasses.

Either way, Stack's message — that his country could do with fewer people jumping to preordained conclusions about each other based on the color of their skin — is worth considering in an era of strained race relations. Hopefully, there will be a day when every minor traffic stop goes as smoothly for people of all races.