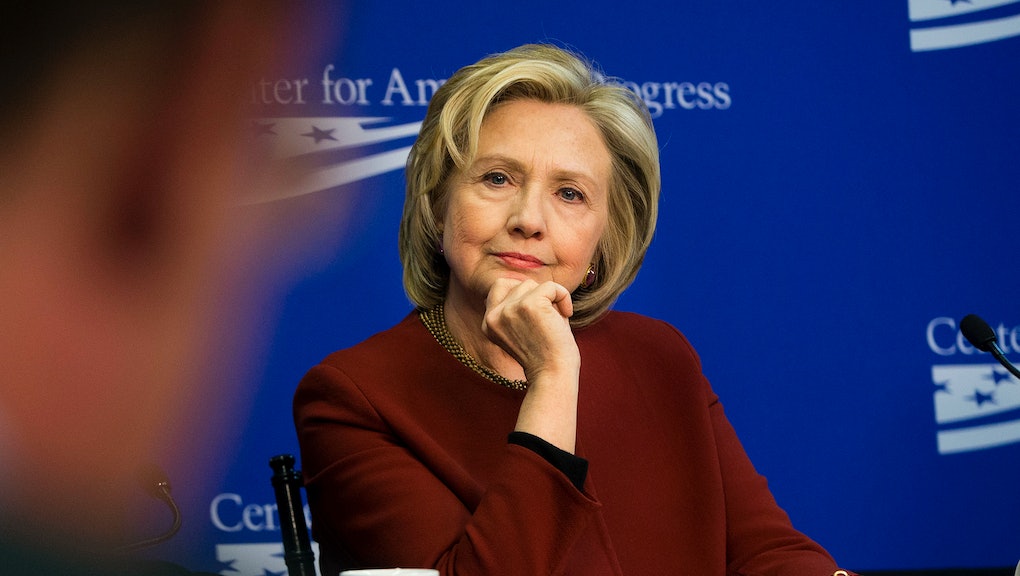 9 Reasons Why America Should Never Have a Female President

Now that a woman is in the race for president, pundits can start talking about the important stuff, like their hairstyles and pantsuits.

The reality is there isn't any need to ask women candidates about their experience or views on the issues, because everyone knows they aren't front-runners. Thank goodness, too, because if any woman actually did become president, we'd be totally screwed.

Just look at what we know:

Researchers at Vanderbilt University looked at over 130,000 bills introduced in the House of Representatives and found exactly what we'd expect.

Quantopian, a Boston-based trading platform, dug into what happens when women run companies. Here's what they found:

3. Women governors are some of the most hated in the nation.

Their approval ratings over the last year speak for themselves.

4. No one experiencing menopause should ever be making decisions.

Everyone knows that erectile dysfunction is what makes a great American leader.

5. Women just don't have what it takes to get things done.

A survey of just under 16,000 leaders and their co-workers found unsurprising results.

6. They have exactly the wrong kinds of traits for a leader.

In the same study, colleagues were asked to rate company leaders and things like "takes initiative" and "inspires and motivates others" were clearly male traits.

7. Study after study reinforces how drastically ineffective women really are.

The American Psychological Association conducted a meta-analysis of 95 individual studies, and the results weren't surprising.

8. Women in Congress can't get money for their districts, pass a bill or really get anything done.

One study looked at legislative outcomes over several decades and the results were powerful.

9. And most of all, America doesn't want more women in office.

Gallup asked Americans what they think. There was widespread agreement on what our fate would be.