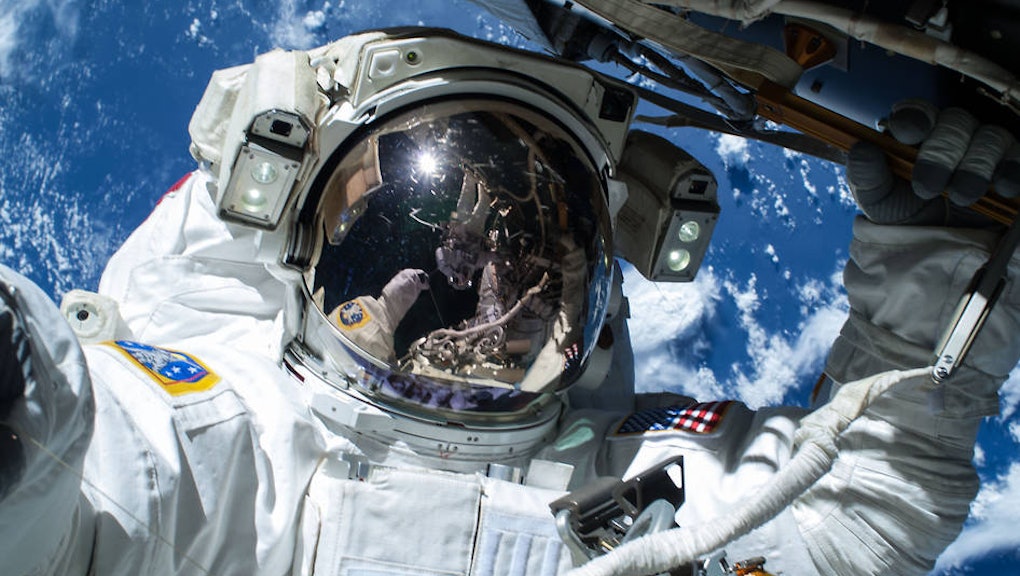 On Saturday, NASA uploaded stunning GoPro videos of its astronauts doing some space-style spring cleaning on the outside of the International Space Station for 2017's incoming commercial flights.

The activity itself isn't particularly alluring — astronauts Barry Wilmore and Terry Virts were setting up antennas and 4,000 feet of cable, not doing an Armageddon lunar boost — but the view of Earth looming beneath them is more than enough to make up for it.

The videos show what it looks like to be on an extravehicular activity, or EVA, since there's no actual walking to be done, and gives point-of-view footage of moving around the underside of the ISS.

These are not the kind of views you see every day.

According to the Independent, the two astronauts were getting things prepared for a partnership with SpaceX and Boeing to build a new spacecraft, since NASA has been paying huge sums to Russia for the use of their Soyuz capsules. The partnership would lower the cost of getting American astronauts to space and lessen NASA's reliance on Russia for future space travel.

While the footage itself isn't as gut-wrenching and intense as, say, a skydiver dropping a GoPro, it still makes it clear how massive space is, especially when all you have between your body and the ever-expanding, unknown universe are a few — highly researched, extremely reliable — layers of spacesuit.

It also gave astronaut Wilmore the perfect opportunity to take the selfie to conquer all selfies — even that Ellen DeGeneres one from the 2014 Oscars. Being a human in space is the best.