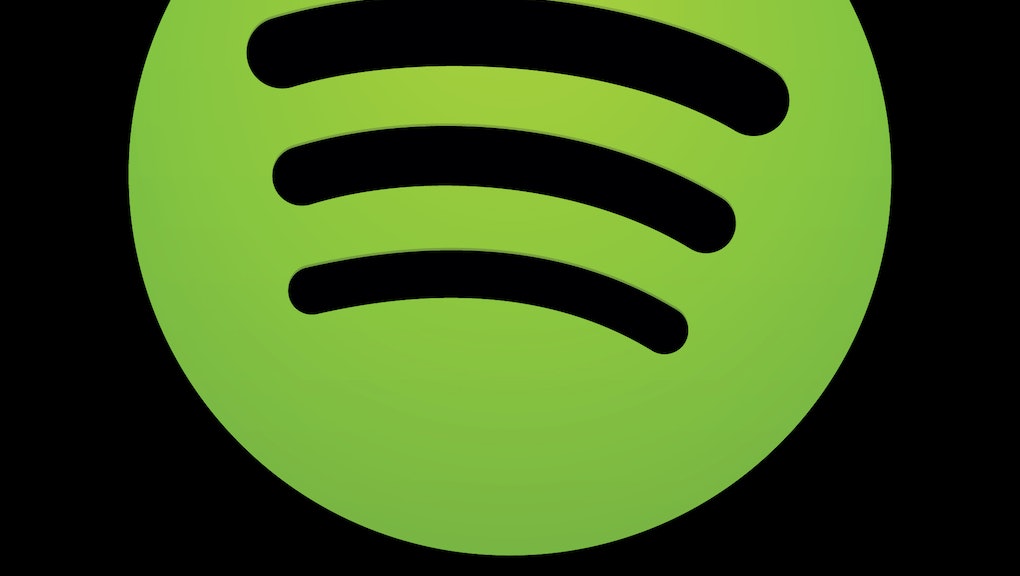 1,117,021. According to data journalism site Information Is Beautiful, that's what it takes if you're a signed solo artist, because of how huge the label's cut is. If you're an unsigned artist, it's 180,000 streams, a number difficult to reach without label backing. It would take only 105 self-distributed CDs for an unsigned artist to hit the same mark.

It's been two weeks since Jay Z announced TIDAL, the latest competitor in the streaming music arms race, at a bizarre press conference with a handful of his richest friends. Jay Z framed it as a revolution. "Right now they're writing the story for us," he said in the press video referring to the tech companies and labels. "We need to write the story for ourselves."

TIDAL isn't the solution, but Jay Z was onto something. Information Is Beautiful created an incredible infographic showing what it would take for artists to make the monthly U.S. minimum wage of $1,260 a month.

The figures. The data shows the devastation the transition from physical to digital has wrought. An artist would need to sell 105 self-distributed full album CDs to hit the $1,260 goal — and that picture gets bleaker as it inches closer to the digital. Google Play is the best way for artists to make money via streaming, with each stream clocking in at $0.0073 for signed artists and $0.0179 for unsigned.

Spotify, on the other hand, is one of the most popular streaming services around but is the least lucrative for artists (save YouTube). It takes an unsigned artist 180,000 plays to do what Google Play does in 70,391.

Jay Z is right that the new model of streaming has been unkind to musicians — but it's ridiculous for him and his super rich friends to wring their hands. As Death Cab for Cutie's Ben Gibbard told the Daily Beast, "If I had been Jay Z, I would have brought out 10 artists that were underground or independent and said, 'These are the people who are struggling ... I think they totally blew it by bringing out a bunch of millionaires and billionaires ... and then having them all complain about not being paid." Mumford & Sons petulantly told the Daily Beast much the same: "We wouldn't have joined it anyway, even if they had asked."

But it isn't Spotify's fault. TIDAL may explicitly claim it isn't competing with Spotify, but their veiled references to unfair pay have a clear target. To a degree, it's fair — Spotify needs to pay their artists more. But they already pay roughly 70% of total revenue to their rights holders — even the artists know that they aren't trying to shortchange them.

The trouble, then, is that labels are taking a huge cut from signed artists, and the pool of money is too small and too heavily slanted toward signed artists to do artists at really any level justice. That sort of criticism applies to TIDAL too. Making a living in music is harder now than ever, so hearing that Madonna's already deep pockets are getting a little fuller did not do much to back up TIDAL's claims of turning the music industry upside down.

None of this, of course, takes into account revenue made from touring, merchandise or endorsements — three prominent money-makers for artists — but it does show how difficult it is for an artist to make a basic living doing the most important part of their job: sharing music with fans.

The hope is in the details. Google Play can afford to pay a more reasonable streaming rate in part by giving the artists more power to suggest their prices for paid downloads (and having a mega corporation like Google at their back) and not indulging in a freemium model like Spotify. Bandcamp, meanwhile — which recently hit the mark of facilitating $100 million in sales for artists — enables unsigned artists to keep a substantial portion of their digital downloads.

With options for streaming revenue growing seemingly by the day, artists' best bet may be carefully picking and choosing how their music gets consumed and insisting, until then, on transparency and a focus on the right solutions.