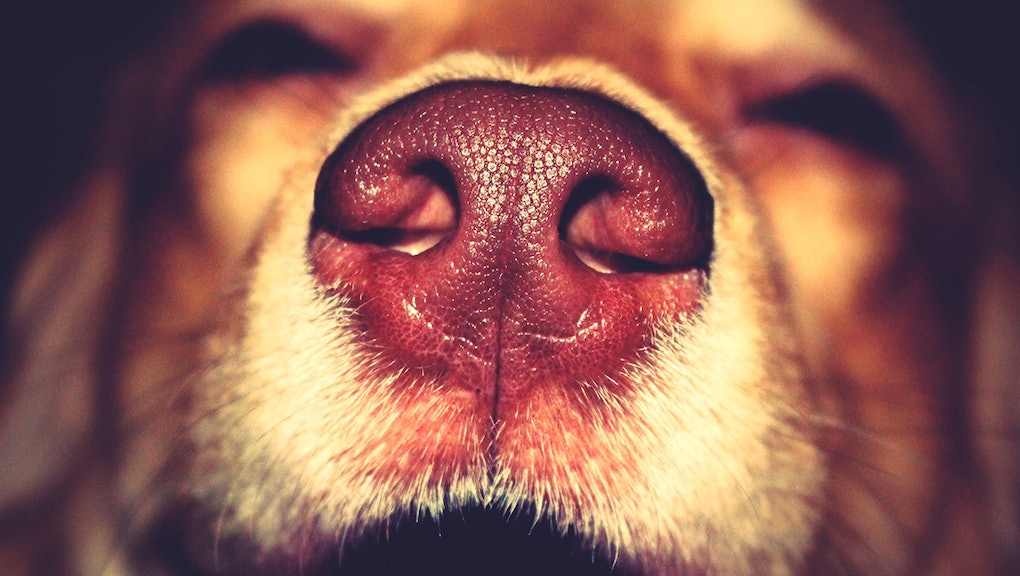 Man's best friend might also also be his best doctor.

A study published in the April 2015 volume of the Journal of Urology found that two properly trained German Shepherds could sniff out prostate cancer by smelling the urine samples of participants in more than 9 out of 10 cases.

The study, which involved over 900 participants, was performed by a team of Italian researchers at a teaching hospital and at the Italian Ministry of Defense Military Veterinary Center. It concluded that "a trained canine olfactory system can detect prostate cancer specific volatile organic compounds in urine samples with high estimated sensitivity and specificity," but also cautioned that further studies were required to confirm the results.

Nevertheless, if even remotely accurate, the study could have far-reaching implications.

The American Cancer Society estimates that in 2015 there will be more than 220,000 new cases of prostate cancer in the U.S., and that 27,540 men will die from it. Current tools available for testing include unreliable blood tests known as PSA tests and unappealing options like "digital rectal exams," which are exactly what they sound like.

As with many cancers, the prognosis for prostate cancer improves the sooner you find it, making the canine study highly valuable to doctors and patients alike.

"So many people find cancer too late," Heather Junqueira, founder of BioScent K9, a nonprofit that trains medical service dogs, told Mic. "With no cure for cancer, your best hope for survival is early detection."

The process Junqueira uses comes straight from dog training 101. Dogs are presented with dozens of samples of affected and unaffected patients, and using old-fashion rewards, the dogs can alert people when the marker for cancer is present.

According to Junqueira, training a medical service dog is a bit more complicated than the routine for dogs trained to sniff out cocaine or bombs. Still, she said, a clever dog could pick it up in a mere six weeks.

"The dog has to figure out what the common denominator is between the different samples," she told Mic. That's not to say it's an easy task — humans have long worked to find a "common denominator" at the root of various cancers. Attempts by Norwegian and Israeli scientists to build an "electronic nose" to replicate canine success have shown promise but not yielded comparably accurate results.

Going forward. What is clear is that cancer-sniffing dogs are more than just a fad. The most recent study builds on a long history of previous research that has attributed literally superhuman cancer-finding abilities to canines. A 2006 analysis in the journal Interactive Cancer Therapies found well-trained dogs achieved 99% accuracy detecting lung cancer and almost as impressive results for breast cancer.

In a report that could barely contain its astonishment, the authors wrote:

In a matter of weeks, ordinary household dogs with only basic behavioral "puppy training" were trained to accurately distinguish breath samples of lung and breast cancer patients.

Ovarian cancer and bladder cancer have also all shown promise in studies with dogs.

When it comes to medicine, cancer may be the toughest nut of all. While great strides have been made treating things like childhood leukemia, researchers have largely failed to move the needle since Richard Nixon initiated the "War on Cancer" in 1971.

The New York Times reported that adjusting for the size and age of the U.S. population, the death rate from cancer dropped just 5% between 1950 and 2005. Deaths by heart disease, by contract, fell 64% over the same period. With such an intractable diagnosis as cancer, doctors must use an all-hands-on-deck approach. Including disease-sniffing dogs in that strategy is not just a smart choice, but also the only logical one.