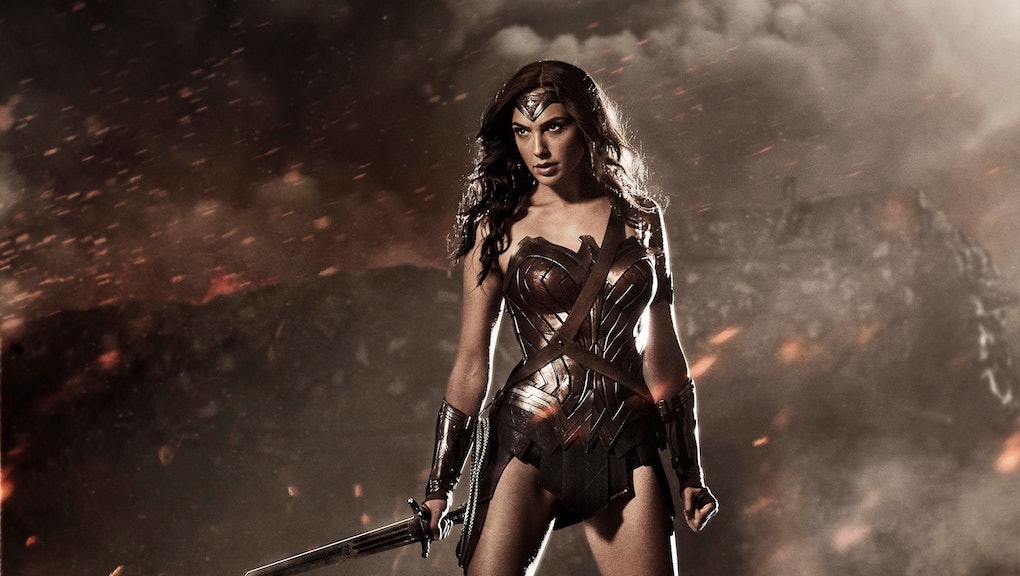 The next female superhero film just lost the woman behind the Woman.

Director Michelle MacLaren has parted ways with Warner Bros. ahead of the studio's Wonder Woman film, reports the Hollywood Reporter. The DC Comics adaptation selected veteran TV director MacLaren to helm the film in November, but the deal didn't stick, thanks to what Warner Bros. called "creative differences."

This isn't the first time a comic film series has lost a female filmmaker over a vision dispute. Monster director Patty Jenkins was set to helm the second Thor film, but was ultimately replaced by a man. It's not just a superhero film story, either; on the whole, female directors rarely get to take the lead on big-budget movie franchises.

It's not always the studio pulling the plug: In 2008, Catherine Hardwicke chose to leave the Twilight franchise before it really even got started. She directed the first film on a limited budget to mediocre reviews and box office success. The relationship wasn't built to last, however; according to Entertainment Weekly, Hardwicke "had expressed concern about [production company Summit Entertainment's] hurried schedule for New Moon and that film's Edward-less plot arc." She was replaced by a string of male directors, including Chris Weitz and Bill Condon.

After what could most generously be described as an immensely troubled production, director Sam Taylor-Johnson announced she was leaving Fifty Shades of Grey after the first film was a commercial sensation. "While I will not be returning to direct the sequels, I wish nothing but success to whosoever takes on the exciting challenges of films two and three," she said at the time. Taylor-Johnson didn't disclose her exact reasons for departing the project, but she infamously butted heads with series author E.L. James. A new director has not yet been announced.

In each of these four cases, a female director split from her franchise due to vaguely named "differences," creative or otherwise. There are directors who leave projects for such reasons all the time, including first Thor helmer Kenneth Branagh. But when there are so few female directors of franchises to begin with, it's disappointing to see them leave a promising project, particularly when they're then replaced by men.

Perhaps the most horrifying story is that of would-have-been Brave director Brenda Chapman. After being announced as the first female director of a Pixar film in 2010, Chapman was removed from the top position during production. Male director Mark Andrews took over.

Chapman still won a production Oscar for Brave, but having such a personal vision executed by another was still upsetting. "To have it taken away and given to someone else, and a man at that, was truly distressing on so many levels," she wrote in a New York Times op-ed in 2012. "Sometimes women express an idea and are shot down, only to have a man express essentially the same idea and have it broadly embraced."

That, along with Hollywood's history of promoting male directors into spots vacated by female directors, is exactly why Warner Bros. should replace MacLaren with another woman.

"Sometimes women express an idea and are shot down, only to have a man express essentially the same idea and have it broadly embraced," Chapman wrote.

There are a couple of women left on blockbuster franchises: Elizabeth Banks directed the upcoming Pitch Perfect sequel, and Jennifer Lee helmed the animated giant Frozen. These voices are few and far between, though, and the open director's chairs at Wonder Woman and Captain Marvel represent a chance for change. For the good of not only both films, but to show that female directors can and should be trusted with blockbuster franchises, Warner Bros. and Marvel should choose women to take the lead.

It's 2015, Hollywood. Let the voices behind our female superheroes actually be female.