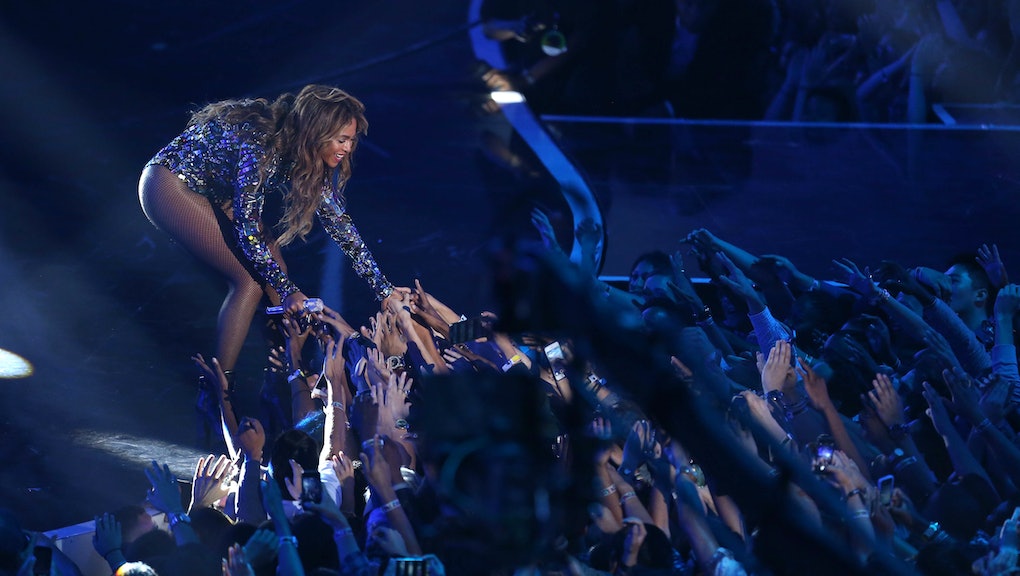 Few things are more fundamentally unfair than a wage gap. To be paid less than another person for doing the same work just because you're a woman, or a racial or sexual minority, is one of the clearest markers of systemic inequality.

This problem runs rampant in the United States, where race and gender are remarkably consistent factors in determining your value on the job market. "Help Wanted" signs might as well come with a disclaimer for minorities that reads, "We're going to pay you three-quarters of what you deserve; deal with it."

In 1996, the National Committee on Pay Equity launched Equal Pay Day, commemorated each April 14, to raise awareness about the length of time a woman would have to work to earn what a man in her position made the previous year. The answer? Four and a half extra months. A similar measurement can be made for black Americans: The average black full-time worker makes 78% of what the average white worker makes, according to averages from figures reported in the Harvard Business Review.

So how would our country look if black people consistently did only what they were paid for — that is, 78% of the work they've actually done?

The bulk of labor that went into building our president's home was done by black people, both enslaved and free. The irony, of course, is that this alleged symbol of democracy was finished even though much of that labor was forced and no compensation was given at all. Imagine about 22% less White House — no more West Wing, pillars out front or room for a desk in the Oval Office. Not much to write home about anymore, is it?

Frederick Jones, a black engineer, developed the mobile refrigeration unit used to keep food fresh during transport by truck. So what if he'd finished just 78% of the work necessary to make it function? Lots of smelly chicken, sour milk and moldy, wilted vegetables in your supermarket, that's what.

The common doorknob — so simple, so ubiquitous, so easily taken for granted. Yet without the work of Osbourn Dorsey, a black inventor whose 1878 patent is the first documented instance of its invention, one could only imagine how clumsy those late-night stumbles into your bedroom would be.

It happens to the best of us: You left bread in the toaster too long, and now there's a blaze in your kitchen. You could try putting it out with a pot of water from the sink; or, if you're bright, you could spray it with a concentrated dose of carbon dioxide. The second option exists courtesy of T. Marshall, the black inventor who patented the modern fire extinguisher in 1954. Without it, you may very well be kitchenless — and hungry.

Garrett Morgan, a black inventor, created a respiratory device that formed the blueprint for the modern gas mask. His invention was useful during World War I, the first war in which chemical weapons were used, but also ironically during the recent protests in Ferguson, Missouri, where scores of Morgan's black countrymen and women were regularly sprayed with tear gas by police.

Playing one video game is okay, but it's more fun if you have options. So imagine if Gerald A. Lawson, the black engineer who invented the first home gaming system with interchangeable cartridges — the Fairchild Channel F — finished just 78% of his work and left you playing Mario Kart for the rest of your life.

Safe blood preservation is one of the more medically useful inventions of our time, and we owe much of its existence to Charles Drew. Drew, a black surgeon, developed the methods we now use to store blood plasma — or blood without cells, which lasts longer outside of the human body — for use in blood banks and transfusions. If he'd done 78% of that work, maybe only three out of every four pints of blood would be safe for use — not quite a gamble worth taking, is it?

Imagine the 2014 movie Selma — directed by Golden Globe nominee Ava DuVernay — which tells the story of Martin Luther King, Jr.'s march from Selma to Montgomery, Alabama, that culminated in the passage of the 1965 Voting Rights Act. But if DuVernay had only done 78% of her job, the film would have cut off well before that storied march made it to the big screen.

Three black women — Alicia Garza, Opal Tometti and Patrisse Cullors — created the slogan and idea behind the most galvanizing civil rights struggle of our time, "Black Lives Matter." The concept doesn't work if only 78% of black lives matter — nor would the movement have spread as far and wide as it has without 100% of the black people working behind it.

If Beyoncé had completed just 78% of the work on her most recent album, it would not be nearly as flawless. At least three songs would be completely missing, plus a small chunk of one more. Nobody wants that. Nobody.

It's worth noting, again, that this list is an exercise in hypotheticals. Complicating factors include that black women make less on average than black men, as do white women compared to white men, and so on across the board. Much of the above labor was also completed without any pay at all — whether it's the White House slaves or the women behind #BlackLivesMatter, who as activists go generally unpaid for their important work on this front. Yet the core argument remains intact: A cruel reality of the American workplace has many people doing 100% of the work with a fraction of the compensation.