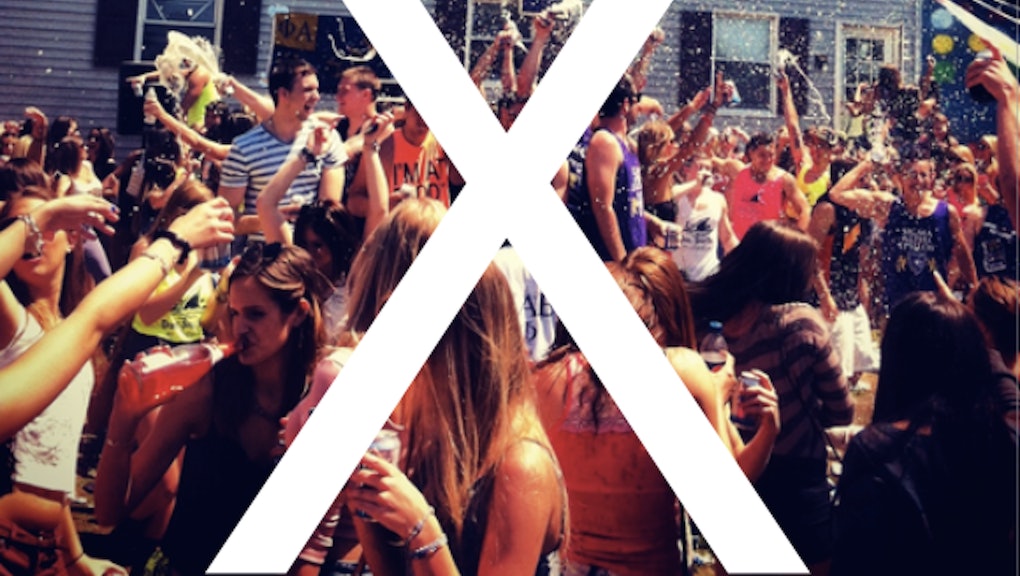 Oh, fraternities. These days, everyone has an opinion about them, somewhere on the spectrum between getting rid of them entirely and believing they're critical to the collegiate experience, while others take the noncommittal, quizzical approach.

From rape to racism, hazing deaths to sexual harassment, there is plenty of evidence to condemn fraternities' existence. Some may argue these organizations are solely college-approved spaces for pure debauchery and copying old Composition 101 assignments for an easy A.

Perhaps America keeps fraternities around because the very first one dates back to the year of its founding. On Dec. 5, 1776, five undergraduates established America's first fraternity, Phi Beta Kappa, at the College of William and Mary. The meaning of the name derives loosely from the Greek as "Love of learning is the guide of life." Just a few years later, this "love of learning" was set aside in favor of freedom from learning. The 1779 initiation charter reads, "Here, then, you may for a while disengage yourself from scholastic cares and communicate without reserve whatever reflections you have made upon various objects." Chapters soon followed at Harvard and Yale, and the rest, as they say, is history.

Signs of modern fraternity culture became evident more than a century before John Belushi's turn in Animal House; for example, Jenkins Holland of Sigma Phi wrote a letter in 1857 to another brother, declaring, "I did get one of the nicest pieces of ass some day or two ago."

There's no doubt about it: Fraternities are more American than apple pie.

Which is why they aren't Greek. Fraternities may have started as a nod to Greek thought, but anyone who has studied Greek history or philosophy might wonder why fraternities don't look more like the all-male gatherings associated with philosophers, like Plato, Aristotle, Zeno and Epicurus. These Greeks dedicated their lives to a society where reading, writing and debating ideas with other men were of utmost importance.

In fact, if fraternities were Greek, they'd look more like Raphael's "School of Athens" than Old School.

Instead of the more debaucherous events associated with fraternities, brothers would join spiritual meditations and other oratory exercises of intellect and wit. Older brothers would mimic Aristotle and Plato, to teach men how to ethically engage with each other in order to promote a better, more prosperous republic. This teaching entailed cultivating sophisticated masculinity.

Young men's sexual urges were tamed through the practice of pederasty (a sexual relationship between an adult male and a younger male, which also imparted self-control). Today, men in frats are 300% more likely to rape a woman than men who do not partake in "Greek life." Though problematic, ancient Greeks (like other ancient cultures) used rape as a weapon of war against other civilizations, instead of applying the violent act toward their own women. In ancient Greece, men regarded women differently — women were not believed to be equals, but they were respected as integral to reproduction, and thus society.

Sadly the last thing we associate with modern fraternities is ethical decorum among the sexes, reining in testosterone and intellectual enlightenment.

If we did, maybe there would be no debate over keeping "Greek life" alive.