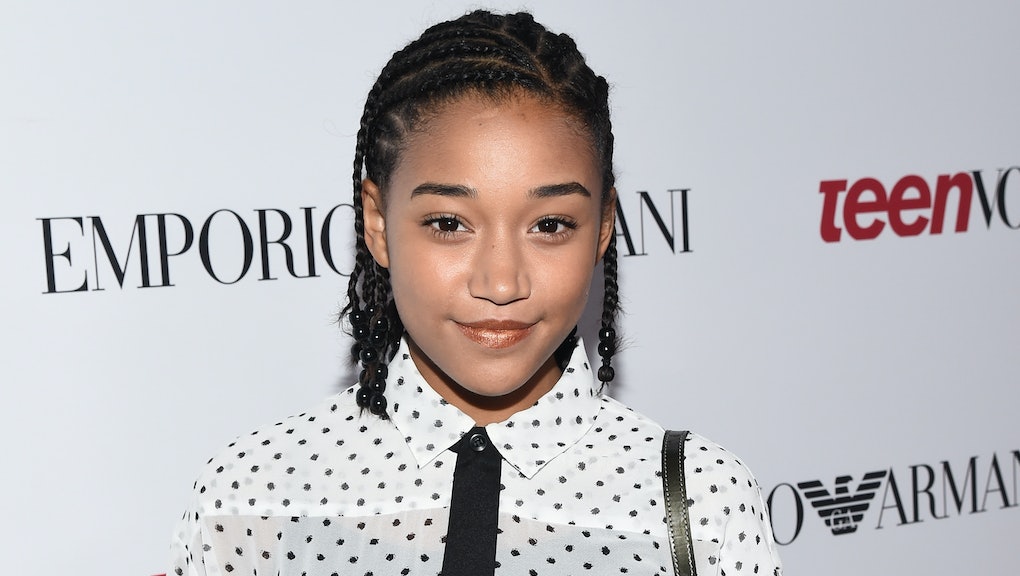 What do Iggy Azalea, Katy Perry, Miley Cyrus and Madonna all have in common?

They're mainstream musicians who have all been recently taken to task for appropriating music or fashion that's long been pioneered by black people. It's a problem that 16-year-old Amandla Stenberg, who plays Rue in The Hunger Games, decries in a video she and a fellow student made for their history class, "Don't Cash Crop My Cornrows."

Offering a "crash discourse" into the recent history of cultural appropriation, Stenberg explains that when it comes to America loving black people as much as it love black culture, unfortunately, the odds have never been in their favor.

Why it stings. Of course, there's a fine line between cultural appropriation and cultural exchange, as Stenberg reiterates. When white artists rap, wear braids or twerk, it's considered "hip" and "trendy," but black folks using the same style get no credit and are called "ghetto" or "trashy." When those who heavily borrow from other cultures demonstrate no accountability to the originators, or respect for the meaning and significance of cultural artifacts, it makes appropriation sting even more.

"Appropriation occurs when the appropriator is not aware of the deep significance of the culture that they're partaking in," Stenberg says in the video, highlighting that some who appropriate black culture, like white rappers, remain silent and inactive when black people face critical challenges such as police brutality and racial profiling.

"Hip-hop stems from a black struggle," she adds. "It stems from jazz and blues, styles of music that African-Americans created to retain humanity in the face of adversity, which itself stems from songs used during slavery to communicate and survive. On a smaller scale, but in a similar vein, braids and cornrows are not merely stylistic — they're necessary to keep black hair neat."