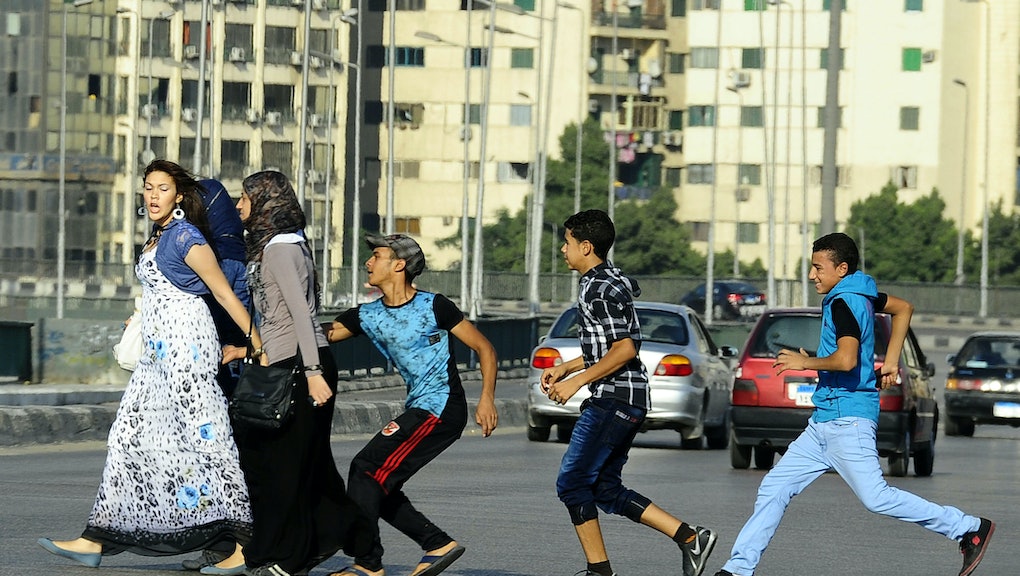 Everyone knows that street harassment isn't a bad thing. It's merely another form of flattery, showered on women who should consider themselves lucky that a man is paying attention to them in the first place. It's also completely innocuous; the men who participate are just trying to interact with women on a straightforward, no-nonsense level.

And the strident opposition to catcalling? It's simply a hysterical overreaction by women whose imaginations have run away with them.

Instead of screeching about the patriarchy, women who are catcalled should try cracking a smile every once in a while. After all, being shouted at like cattle is a compliment. At the end of the day, ladies have absolutely no reason to worry or fear for their safety.

But don't take our word for it. Here are a few charts — courtesy of data on 4,872 American women, collected from Cornell University and Hollaback, an organization that studies street harassment — that clearly illustrate the truly harmless nature of catcalling:

1. It doesn't affect a woman's choice about how she gets to where she's going.

She's never felt the need to pick another route, and if she does, she can have faith that it won't end badly.

2. It has no bearing on her professional life or her ability to do her job.

She can rest easy knowing that things outside her control won't cause problems in the workplace.

3. She's not forced to spend more money just to avoid it.

4. It doesn't force her to leave places or obligations earlier or later in order to feel safer.

She's not staring at her phone all night to make sure she makes it back in time.

5. It has no effect on her social life.

And her friends definitely won't text her obsessively until they know she's home safely.

6. She's always free to go wherever she wants.

This is the 21st century! Women are free to venture where they please!

7. She's never felt the need to change anything about her appearance because of it.

But if something were to happen, it would be her fault anyway.

See? When it comes to catcalling, it's all good. Men don't need to change their behavior — women are already doing that for them.