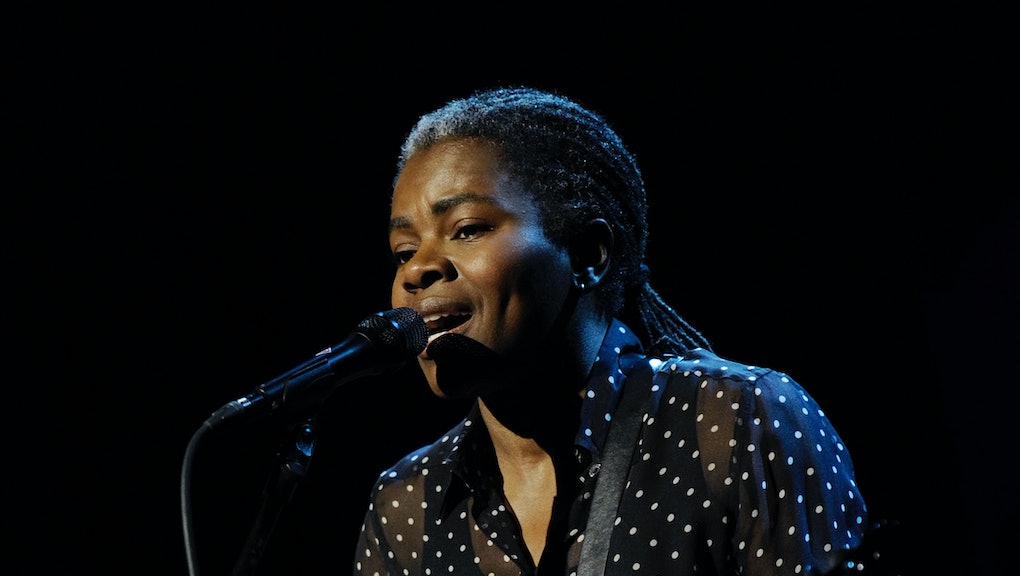 On Thursday night, the legendary Tracy Chapman took the mic on Late Show With David Letterman and played a breathtaking acoustic performance of Ben E. King's "Stand By Me." The song is a touching tribute to the late-night mainstay David Letterman, whose last night on the air is May 20.

"Thank you so much. It means a great deal to me," a grateful Letterman told Chapman after the performance. "I'm so happy you could do this for us."

Any time multiple Grammy-winner Chapman takes the stage, it's bound to be fantastic. This beautiful performance was no exception.

For Letterman's final days on air, the host has invited a slew of A-list musicians to perform on his show. The night before Chapman performed, Iron & Wine took the stage with Band of Horses' Ben Bridwell for another touching performance. And on Friday night, John Mayer will perform what's sure to be an amazing act. Also on the roster are Elvis Costello, Jason Isbell and Dave Matthews Band.

The first ever musical guest on Letterman was Billy Joel in 1993; if we're lucky, Joel will take a break from his gigs at Madison Square Garden and play on the Letterman stage before too long. In the meantime, Tracy Chapman is a fitting tribute — from one legend to another.