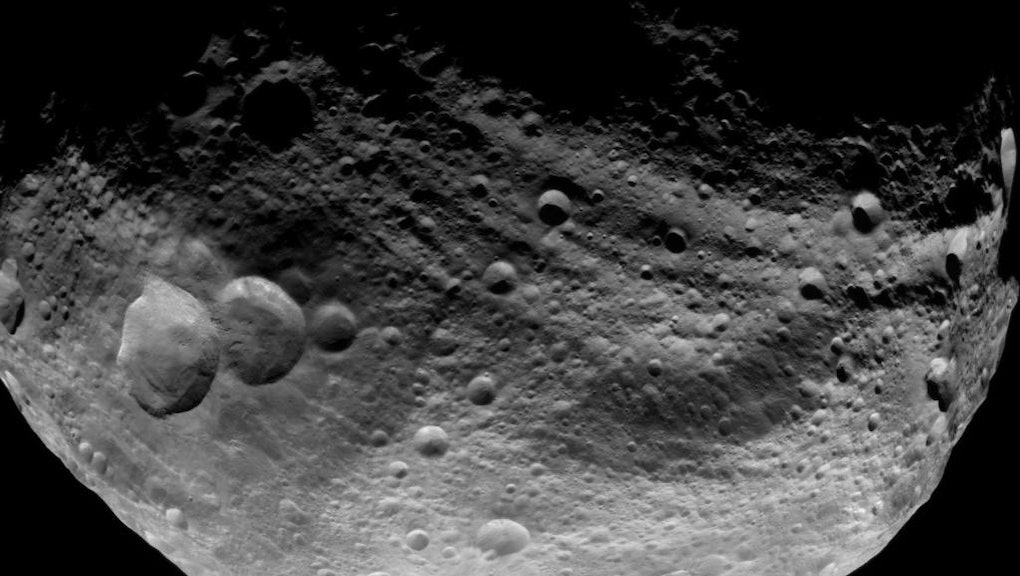 The Next Great Gold Rush Won't Be Taking Place on Earth

There's a new gold rush heating up, but the hunt isn't for oil, gas or tech stocks — it's for asteroids.

There are more than 10,000 near-Earth asteroids shooting by at any given moment, and many of them contain valuable resources like water, platinum and iron. While water and iron don't seem worthy of a gold rush by Earth standards, their value skyrockets due to their scarcity in space and the challenge of extracting them. If private companies can figure out a sustainable way to mine and sell these cosmic assets, they could make a killing in the new space economy and help fuel the next stage of galactic pursuits in the process.

Already, private companies are betting big on the potential of asteroid mining and working hard to get there first. Japan launched its own asteroid mining operation last year. Serial entrepreneur and X Prize founder Peter Diamandis believes the first trillionaire will be made in space.

If that's hard to imagine, just take a look at the value of one asteroid compared to what we normally think of as expensive or high-value:

What exactly makes asteroids so valuable? While water is abundant on Earth, in space, it becomes a multi-purpose commodity. It can fuel rockets, sustain potential life on other planets and shield astronauts from harmful radiation. Asteroids also contain large quantities of platinum and its sister minerals, which are incredibly rare on Earth and can be sold for a hefty profit.

By mining resources in space instead of transporting every material from Earth in a rocket, asteroid miners could save millions of dollars for future space missions. The mineral-rich asteroids have orbits that bring them close to Earth's atmosphere, making them relatively accessible to space miners. These mining operations could enable an unprecedented level of autonomy to future space missions, empowering bigger and better exploration efforts.

"Resources have allowed us to move into every frontier on planet earth," Chris Lewicki, president and "chief asteroid miner" at Planetary Resources, told Mic. "If we can find the same opportunity in space, we will find an economic engine to fund the exploration of space."

Enter the private sector. The private sector has recognized the potential of the asteroid mining market, and they want in. Private companies like Planetary Resources, backed by Google's Larry Page, and Deep Space Industries are investing millions to develop new technologies that could tap into asteroid resources. Without federal regulation and dependence on government funds, these companies can create new tools much faster.

"I think it is the golden age of the new space race," Lewicki said. "Rather than two competing superpowers, what we really have now is dozens, maybe even hundreds, of competing capitalists."

But the lack of government involvement cuts both ways. While privatization of the space industry might speed up exploration, it is unclear whether or not these companies are legally entitled to the resources they mine. Once you exit Earth's orbit, it's much harder to determine who owns unclaimed planets — or asteroids.

Last year, a new bill entered Congress to protect companies for this very reason. The bill, creatively named the Asteroid Act, would grant ownership of resources to the company that has extracted them from the asteroids. The bill has yet to reach the floor at the House of Representatives, but the fact that it exists signals the growing attention being paid to a subject that feels like a sci-fi movie. As K. Dean Larson writes for the Wall Street Journal, "the passage [of the bill] will cost the taxpayer nothing — while the ensuing economic activity will benefit everybody through the creation of jobs and appropriate future taxes on asteroid mining."

This is happening sooner than we think. Before Congress has something to regulate, these companies need to actually mine an asteroid. That process begins with finding the right asteroid to invest in — not an easy feat, considering they're trying to prospect rocks hurtling through space at speeds upward of 56,000 miles per hour.

"Robotic missions up to asteroids are relatively recent, and we know that there are all sorts of different asteroids up there," NASA's Rebecca Keiser told Mic. "It's really hard to guarantee for these companies exactly what they are going to find when they go up and mine the asteroids."

That uncertainty is leading to a secondary market for space prospecting tools, like a new telescope. These tools will be able to locate the asteroids outside of Earth's atmosphere before choosing which one to mine. After they locate the right asteroids to mine, small robots will cling to the asteroid's surface and use drills to extract resources.

While asteroid platinum quarries might seem far away if companies are still searching for their next asteroid-shaped gold mine now, experts insist that these realities are right around the corner.

"The development, exploration and settlement of space is going to happen a lot faster than I think people think it will naturally," Lewicki said. "This isn't 50 years away, it's 10 or 20 years away."

If asteroid mining is right around the corner, the large fortunes these companies plan to cash in on isn't far off either. That means in just a few short years, we may not be looking at financiers or heirs to Wal-Mart on top of the Forbes billionaire list. We may be looking at asteroid miners.

Data sources for charts include NASDAQ (prices from March 31, 2015), Mashable, Gold-Eagle, the World Bank, Fortune, the Space Review and Forbes (1, 2).

This series is part of a collaboration between ULA and Mic to investigate the future of space exploration. ULA provides reliable, cost-efficient access to space, opening up endless opportunities for public and private space missions. ULA employs more rocket scientists than any other company in the world. This story was written by Mic's branded content team with no involvement from Mic's editorial staff. For more stories in this series, click here >>