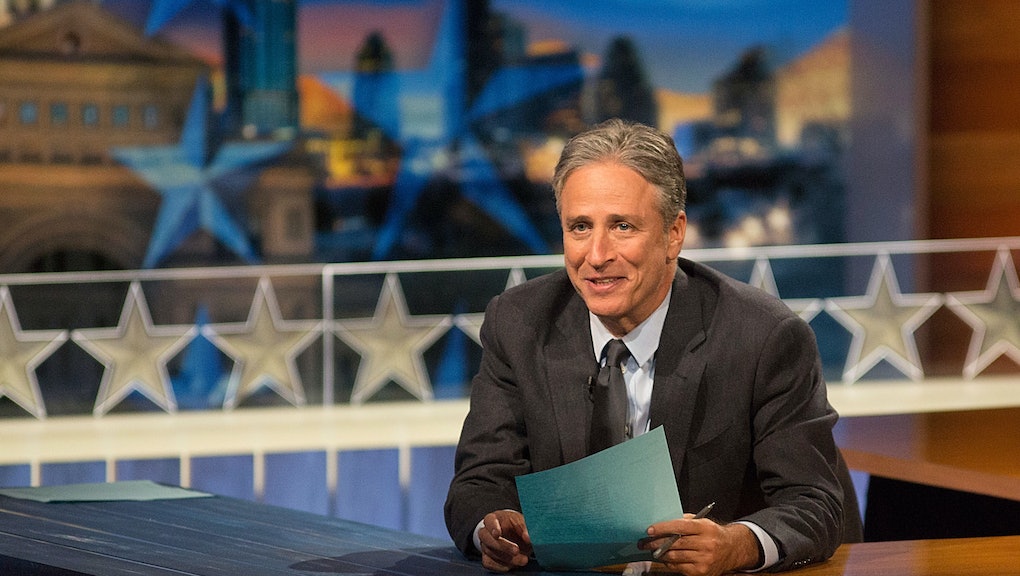 Now We Know Why Jon Stewart Left the Daily Show

In an interview with The Guardian's Hadley Freeman, outbound The Daily Show host Jon Stewart described his decision to leave the desk he's sat at since 1999 as the outcome of a long-building sense of dissatisfaction akin to the end of a "long-term relationship."

The host said that at some point, he reached the conclusion that his best years at the show's helm were behind him.

"It's not like I thought the show wasn't working any more, or that I didn't know how to do it. It was more, 'Yup, it's working. But I'm not getting the same satisfaction,'" Stewart said. "These things are cyclical. You have moments of dissatisfaction, and then you come out of it and it's OK. But the cycles become longer and maybe more entrenched, and that's when you realize, 'OK, I'm on the back side of it now.'"

Stewart added that constantly watching channels like Fox News to look for material to lampoon "is incredibly depressing. I live in a constant state of depression. I think of us as turd miners. I put on my helmet, I go and mine turds, hopefully I don't get turd lung disease."

The host also seemed unsure that he would be able to bring a fresh perspective to the upcoming 2016 election, which he said felt like it could easily be a rinse-and-repeat of previous electoral coverage. Stewart provided commentary on national elections in 2000, 2004, 2008 and 2012.

"Beyond that, it would be nice to be home when my little elves get home from school, occasionally," he concluded.

There you have it. America's funnyman simply got tired of his taxing and often thankless job, and perhaps sensed he was beginning to run out of ideas. Couple that with the tiresome task of combing the 24/7 news cycle for ideas, and you have a recipe for career stagnation.

Considering how stressful his job must have been, and how much energy it must have took to maintain the show at such a high quality for so long, Daily Show fans should be grateful Stewart was able to pull off his 15-year run. Here's to hoping wherever he lands next can provide the change of pace he's looking for.