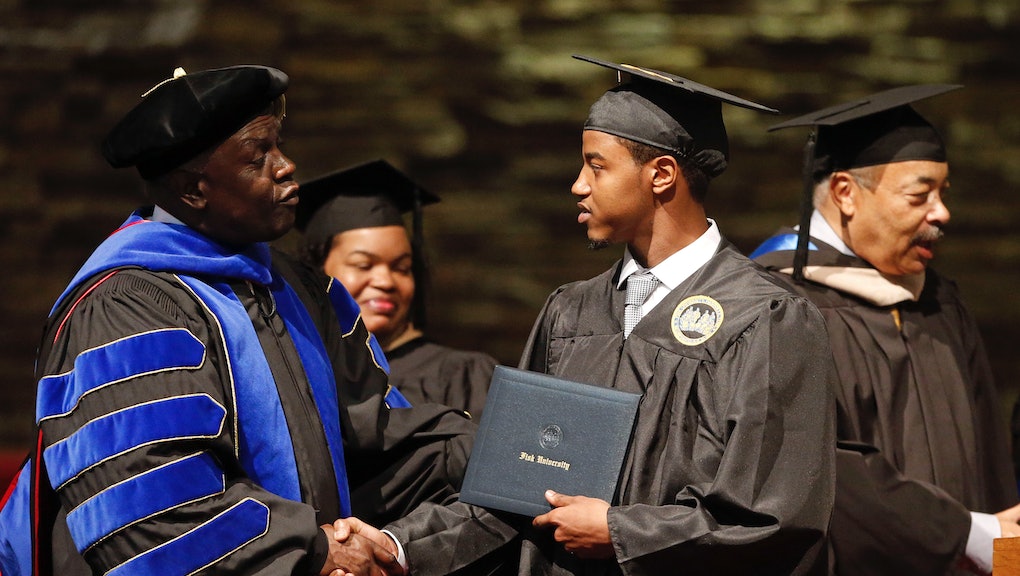 These Six College Experiences Could Help Determine Your Entire Future

But whether or not you end up satisfied with your overall college experience depends a lot on just a few simple factors, according to recent Gallup polling. Earlier this month, Gallup released a new analysis of the the 2014 Gallup-Purdue Index, a survey of 30,000 college graduates released in September 2014. Within the reams of data, they concluded that just a specific handful of college experiences accounted for a disproportionate share of the participants' long-term success in life.

The polling firm found that grads "who strongly agree they had the following six experiences in college — which Gallup refers to as the 'Big Six' — perform markedly better on every measure of long-term success compared with graduates who missed the mark on these experiences":

These two categories, measuring emotional support and how involved and engaging college workloads tended to be, ultimately proved more important to the students' long-term success than what type of college they went to.

On the plus side, most students studied under one professor who made them "excited about learning." But on many other questions, the outlook was poor. Of the six factors listed above, just 3% of graduates strongly agreed that they had experienced all six. Just one out of five students reported being "extremely active" in extracurricular activities, while a similarly dim percentage reported having an effective mentor. About a third said that they worked on long-term projects, had jobs or internships allowing them to apply their knowledge, or felt their professors cared about them as people.

Just as previous analyses of labor statistics have concluded that college remains a good financial decision despite high levels of debt, Gallup analyst Brandon Busteed says that the newer data means college remains a valuable experience for those who "made the most of it."

"If we are concerned about graduates' feelings of preparedness for the real world, their engagement in their work, their overall well-being and their on-time graduation rates, then we ought to redesign what the requirements of graduation entail," Busteed writes. "If it's merely course credits and exams — without any of the crucial emotional support and experiential learning — we fail."

But for the 25% of college grads Gallup estimates end up struggling in their lives and careers, the case for college is less absolute. College degrees that fail to deliver might end up being just pieces of paper. And it seems doubtful you're going to get all of the Big Six at a for-profit school.