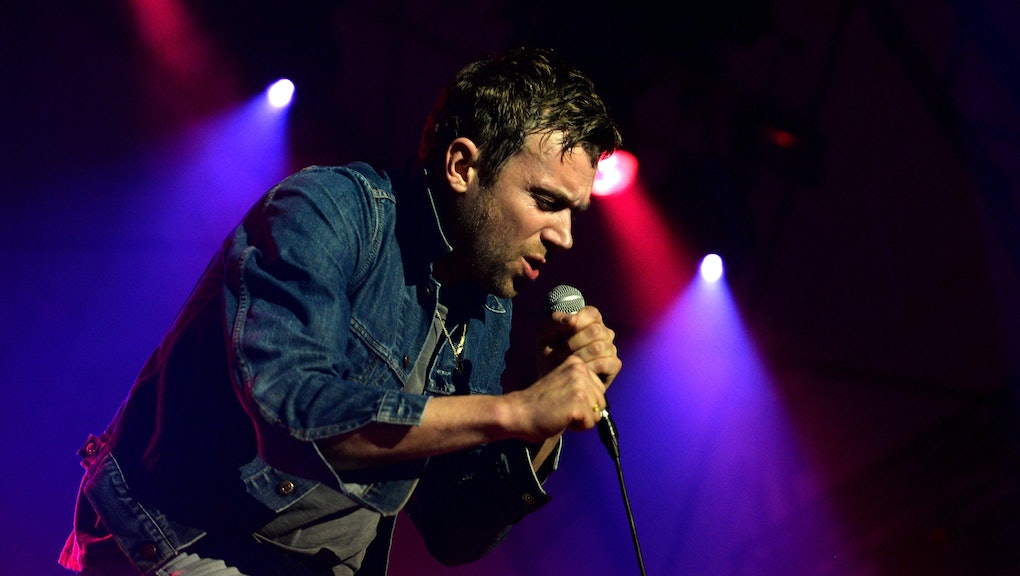 In One Quote, a Rock Legend Sums Up What's Wrong With Music Today

"Look at music now. Does it say anything? Young artists talk about themselves, not what's happening out there. It's the selfie generation."

Damon Albarn, the man behind Gorillaz and Britpop band Blur, lamented the state of modern music over the weekend with the Sunday Times, according to NME. "They're talking platitudes," he told the paper. "What are any of them saying? I don't hear anything other than 'This is how I feel.'"

Albarn may sound like a crotchety old man, but he's spot on. With the exception of a handful of politically inspired hip-hop records like Kendrick Lamar's To Pimp a Butterfly and Common and John Legend's "Glory," lately music — and pop music in particular — has seen a dearth of politically and socially conscious artists like Blur.

A major problem. He isn't the first to call it out: Questlove challenged artists to make more political music following the lack of indictment in Eric Garner's case. But Blur's members are no strangers to political activism in general. Drummer Dave Rowntree actually ran unsuccessfully for a seat in Parliament with Britain's Labour Party in 2010. In 1997, Albarn was invited to a party to support then-Prime Minister Tony Blair, but instead gave the PM some choice words: "I'm sorry, I won't be attending as I am no longer a New Labour supporter. I am now a communist. Enjoy the schmooze, comrade. Love, Damon."

That political thread is alive and well in Blur's brand new record. When they're not waxing philosophic about the state of music, Blur is staging a comeback; their first album since 2003, The Magic Whip, is due out April 27. The band's heyday was in the mid-'90s alongside their nemeses, fellow British rock band Oasis. Blur has debuted four new songs, including a single released on April 17 called "My Terracotta Heart."

This is why Blur matters. "Something terrible happens to you if you just stay the same," Albarn told the Guardian. "We are only here for a very brief time, and if you are not inhaling as much as you can ... you're just wasting precious moments of time."

The record promises to be as challenging as their best work. "Everything was related to being in that quite claustrophobic island with millions and millions of other people," Albarn said in a press conference, according to NME, of recording in Hong Kong. The songs, which Blur recorded in Hong Kong, tackle some of the political struggles in East Asia; one of them even tackles Albarn's visit to North Korea. He's earned his perspective on young musicians. Blur is about to prove why one more time.