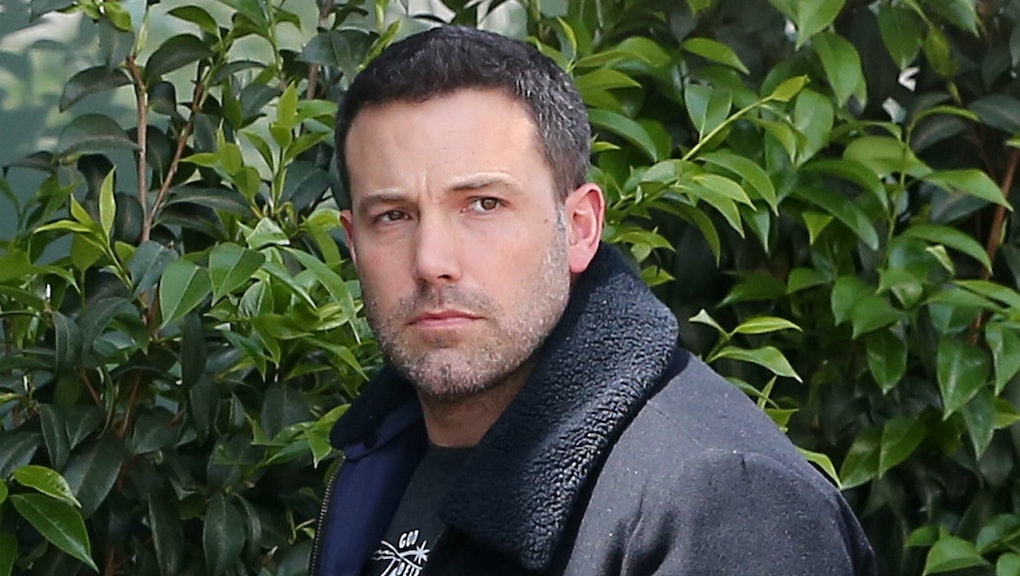 You can't hide from your past, not even if you're Ben Affleck. The actor is facing criticism after reportedly requesting that PBS omit that his ancestors were slave owners in America in an episode of Harvard professor Henry Louis Gates' documentary series Finding Your Roots. The show helps celebrities like Derek Jeter and Jessica Alba explore their ancestral paths.

While it's easy to criticize Affleck, to do so misses the point. His story reflects America's larger problem of not knowing how to deal with its history.

"The U.S. suffers from historical amnesia," Mic's Darnell Moore wrote last month of our modern tendency to hide from the prejudice that characterizes our nation's past.

Affleck's apparent desire to hide from his ancestors is a symptom of white America's shame and embarrassment about a history we seem not to be able to get beyond, but which we must if we hope to actually achieve racial equality.

The story: The details of the request were released in the latest round of Sony emails uploaded to WikiLeaks on Thursday. According to the Daily Mail, Gates emailed Sony Entertainment CEO Michael Lynton to discuss the request to edit out the fact that Affleck's ancestors "owned slaves." Lynton replied, "I would take it out if no one knows, but if it gets out that you are editing the material based on this kind of sensitivity, then it gets tricky. Again, all things being equal, I would definitely take it out."

Gates said a handful of other guests were descendants of slave owners and did not make such a request (even Anderson Cooper, whose "ancestor was a real SOB."). He added that to omit this information was to make an ethical compromise and, in effect, call into question the show's entire editorial process: "To do this would be a violation of PBS rules actually, even for Batman."

Gates is right. We must face our most shameful history in order to break free from it. Silence and erasure have been the two primary strategies Americans have used to whitewash our history. But in our attempts to hide the past, such strategies only anchor us to it more intensely.

Americans largely don't consider how the legacy of slavery connects to the current police brutality against people of color like Michael Brown and Walter Scott, for example, or how brown and black bodies have continued to be exploited and terrorized for American capitalism.

For Affleck, as for countless white people, America has failed to teach us how to talk about race. According to a recent MTV poll, only 30% of white respondents talk about race at home. The problem can also be attributed to our public school system, which has become increasingly segregated since Brown v. Board of Education in 1954, are better at teaching children to color in bubbles for standardized tests than to think and talk about race in depth.

Silence doesn't create change. Gates, who has written about the inefficacy of silence, knows that.

Affleck's embarrassment of his family's slave-owning past is not unique to white America. But it is a shame that can only be overcome by acknowledging it. Rather than erase both our individual stories and America's collective racial history — from the genocide of the land's Native peoples to the foundation built on the backs of slaves — we must acknowledge and learn from the darkest parts of our past in order to create the racial equality we so desperately need.