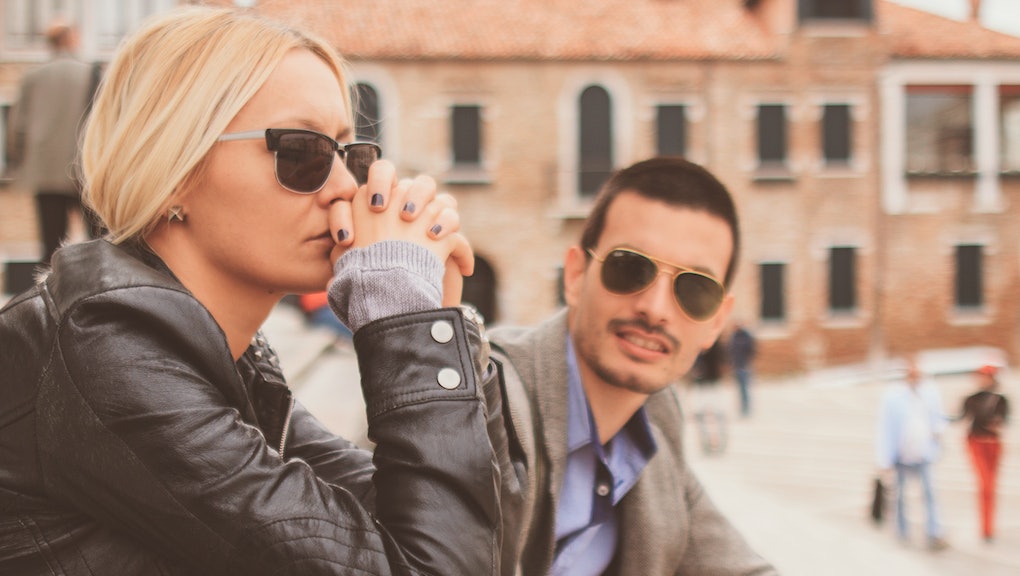 Here's What's Actually Happening After We Break Up

"We can still be friends" has long been the consolation prize in any breakup. But new data suggests that we aren't actually turning our failed relationships into friendships — and we may not even want to.

According to a 1,802-person survey conducted by Mic in April using Google Consumer Surveys, out of the 269 respondents age 25 to 34, 42.4% claim that they rarely stay friends with their exes.

Just 27.5% say they will stay friends with an ex, but only after a period of time has passed.

All that enlightened "let's stay friends" stuff? Highly overrated. For most of us, when we're done, we're done — and saying so is actually a mature decision.

There's a reason you split, after all: Our postmortem behavior is one of the best indicators of whether breaking up was the right decision. A 2010 study found that the more satisfying the romantic relationship had been, the more likely the couple would stay friends after breaking up.

On the flip side, that gut instinct to shout "I never want to see your face again!" and slam the door is probably rooted in real conflict, the kind that would make it hard for any relationship to exist. If you don't feel the desire to stay friends, that can speak volumes about the relationship in the first place — and validate why you broke up.

Plus, hanging onto an ex can make the whole "letting them go" process difficult. Research indicates that love operates similarly to drug addiction when it comes to brain mechanisms, meaning we look for fixes (hello, Facebook stalking) that only lead to further distress.

That might be why, according to Mic's survey, 14.5% of exes choose remain connected to their exes on social media. Those aren't exactly real friendships; but the impulse to keep tabs on someone, even someone you don't want to be with, is strong. Truthfully, many of us of us are better off going radio silent or checking in only occasionally with an innocuous "like" every few months, but ruling out real friendship.

Which is fine. Staying friends with your exes isn't necessarily a sign of strength or maturity. Deciding to part ways forever might just be the truest reflection of what the relationship was, which makes letting go the mature decision.

Staying friends if you were friends first: For the couples among us who can make like Seinfeld's Elaine and Jerry and nail the friendship thing (including 14.5% of our survey's respondents), there are several helpful factors that make it possible.

According to a 2002 study published in the journal Personal Relationships, a strong support system of friends and family during the breakup and a clean and healthy split make friendship with an ex much more likely.

Another study found that couples who were friends before dating, regardless of whether they were dumped or doing the dumping, were more likely to become just friends again after ending their relationship. Outside of sex and the pressure to commit, you can return to what you two were originally great at.

It's just being honest: Let's face it, we can't all walk the emotional tight wire that is being friends with an ex. And we shouldn't feel like we need to.

"I used to want to be friends with all my exes. I used to think it was easy, the most natural outcome of a love affair that just didn't work," Jezebel's Tracy Moore writes. "But then I realized in some cases, there are either too many feelings still, good or bad, for that to ever be possible — and too much drama to subject a more serious relationship to."

For a vast number of 20-somethings, severing those ties, purging our social media accounts and moving on ex-free is the ideal route. Because sometimes the best way to let go of a relationship is to just shake it off completely.