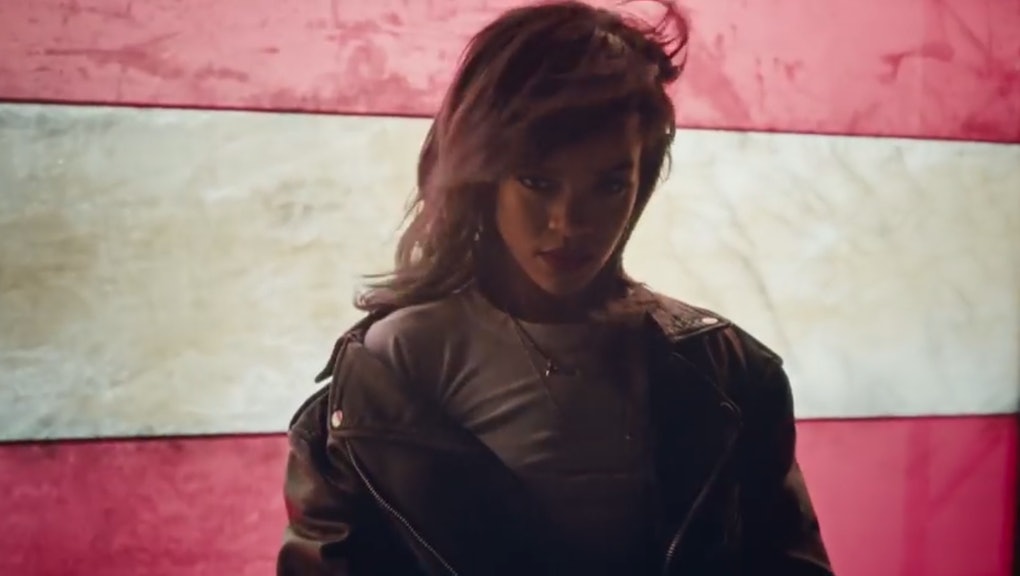 Breathe out. Breathe in.

In the new video for "American Oxygen," Rihanna offers a bold critique of the complicated relationships many American citizens have with their country, where optimism and patriotism often clash with an unfortunate history of discrimination, poverty and militarism.

Singing over an alternating backdrop of iconic images in American history, Rihanna presents a compelling mix of the country's peaks of achievement and pitfalls of oppression. She makes it clear: Two different Americas do indeed exist.

Two different Americas. There's a clear contrast between the idyllic images of American life and the twisted everyday realities on our shores. American exceptionalism claims that the United States is the greatest country on earth, serving as a beacon of freedom and opportunity to the rest of the world. America, as the story's been told, is where anyone from anywhere can become anything they want to be. Of course, that proposition isn't so straightforward for everyone.

Rihanna gets it. "American Oxygen" chronicles the ongoing contradictions that characterize what it means to live in America, in a searing take on the so-called "American dream." The video opens with what appears to be footage of civil rights marches from the 1950s and '60s, where blacks fought for voting rights, cutting straightaway to Barack Obama being sworn in as the nation's first black president. It fits seamlessly with the ongoing narrative that in America, there's hope, and infinite possibilities.

Of course, oppressive politics aren't necessarily part of the so-called "American dream," but it's part of the American reality. The dream, as Rihanna's video illustrates, has largely remained defined, quite narrowly, as looking like this:

"American dream" vs. American reality. Rihanna sings about a "new America." While doing so, she shows the faces of today's young Americans juxtaposed with moments of resistance from decades-old movements. That includes organizing for environmental protection, economic equity and immigration reform. It also includes the movement against police brutality and racial profiling, as in New York City, where Eric Garner told police he couldn't breathe as he was strangled by police, and elsewhere.

These movements, as Rihanna shows them, are interconnected, all of them in a quest to create a new American reality that's informed by past turmoil and that moves toward a brighter and more authentically free future.

It's a different kind of dream, one that's much more inclusive — an America where everyone can breathe.