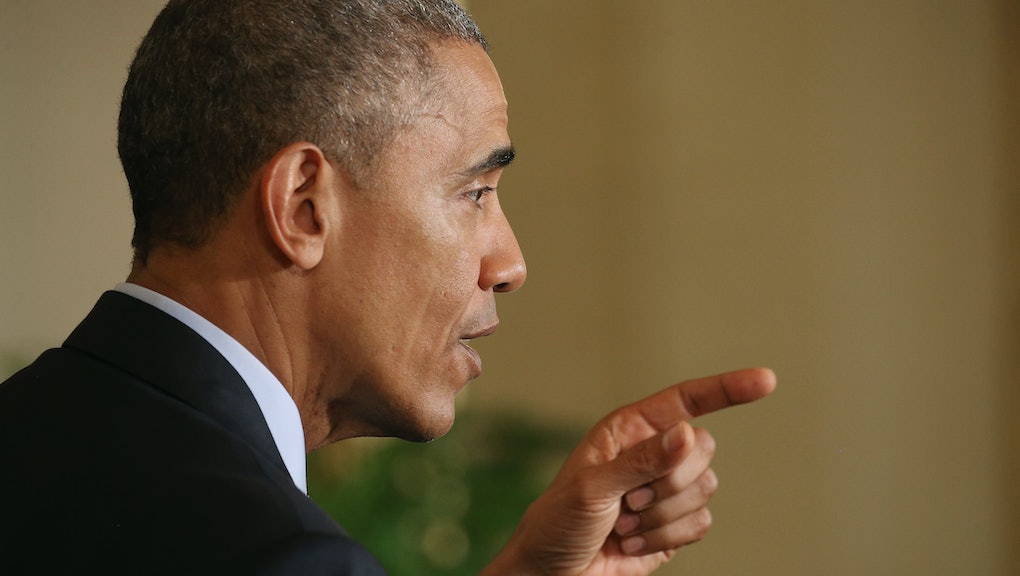 On the eve of April 20, the annual day of celebration for marijuana enthusiasts around the world, CNN aired an interview with President Barack Obama in which he discussed the need to rethink the way that marijuana use is dealt with in the U.S.

On Sunday, CNN broadcast the third installment of "Weed," a series hosted by Sanjay Gupta documenting the progress of medical marijuana across America. Gupta asked Obama for his opinion on the historic Senate bill that would relax legal restrictions on marijuana and would protect states' medical marijuana programs from federal prosecution. Obama didn't outright endorse the bill, but he expressed views that were supportive of the bill's purpose.

What he said: "You know, I think I'd have to take a look at the details, but I'm on record as saying that ... I think carefully prescribed medical use of marijuana may in fact be appropriate, and we should follow the science as opposed to ideology on this issue," Obama told Gupta.

According to the Huffington Post, Obama also went on to reflect on other public health and safety challenges that have successfully been overcome without the blunt and costly tool of criminalization.

"One of the great victories of this country has been our ability to reduce incidences of smoking, increase the incidences of seat belt use," said Obama, according to the Huffington Post. "You know, we save tens of thousands, hundreds of thousands of lives every single year. We didn't throw anybody in jail; we just made sure that they were well-informed and if somebody has an addiction, we made sure that we made it easy for them to get help. And I think we need to re-emphasize that approach, because we don't want to encourage our kids to engage in drug use, but there are going to be more effective ways than, too often, the approach we're taking today."

A sign of changing times: The Senate bill, which some marijuana policy advocates consider a death knell for the federal government's capacity to interfere with state medical marijuana endeavors, is the latest sign that marijuana decriminalization and legalization measures are rapidly gaining national momentum.

Earlier this month, the National Institute on Drug Abuse revised its guidelines on the health benefits of marijuana to include recent findings that marijuana shows promise as a tool for shrinking brain tumors. In February, Vivek Murthy, the U.S. Surgeon General, stopped short of advocating for reform on medical marijuana, but said "for certain medical conditions and symptoms, marijuana can be helpful," and that "we have to use that data to drive policy-making."

The Senate bill would reclassify marijuana from a Schedule I drug — the most strictly regulated class of drugs under the Drug Enforcement Administration's classification scheme — to a Schedule II drug. While the new classification would still mean the government considers it highly dangerous, it signifies an admission of the drug's possible medical value, and in turn would allow some scientific research efforts on its effects on the body.