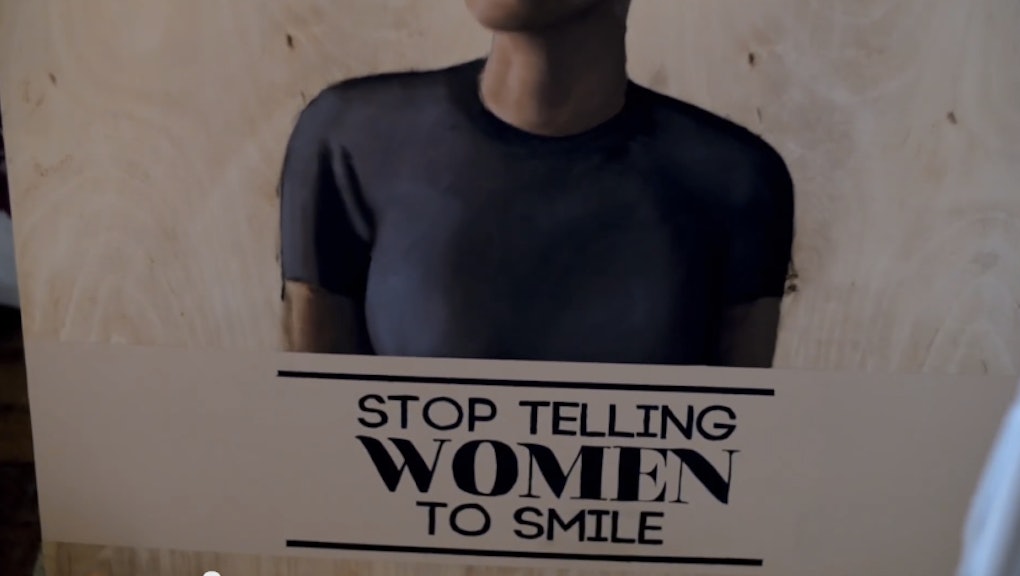 Women may be advancing at work, in school and in social structures, but that doesn't negate the subtle sexism they experience daily. Reddit CEO Ellen Pao recently demonstrated this when she unsuccessfully sued her former employers, venture capital firm Kleiner Perkins, for gender discrimination, including gendered performance reviews and exclusion from all-male, work-related activities, as well as other indications of bias. Many have noted that Pao likely lost because her case was based on multiple instances of what Annie Lowrey described as "pernicious, subtle sexism" in New York magazine.

Pao may not have won the case, but calling attention to these incidents certainly laid the foundation for women to continue to address them. One such group, Everyday Sexism, catalogues "women's experiences of gender imbalance at every level," to prove "how bad the problem is and just how many women it affects every day" on an ongoing basis.

In honor of these efforts, here are seven sexist things plenty of women hear every day that need to be put out to pasture.

Women acting in traditionally male-dominated spaces — like tech, sports and even music, for example — are no strangers to this non-compliment. Many men have uttered this condescending sentiment to simultaneously concede that women are actually capable of something while ultimately maintaining their sexist beliefs. One would be hard-pressed to find a man who has ever been told that he does something well despite his gender.

When men passionately express their opinions, they're generally taken seriously and their comments are considered for their merit. When women do so, they're often dismissed and their comments are attributed to their emotionality, rather than have whatever point they're trying to make or concern they're raising validated. It's become so commonplace that Australian Prime Minister Tony Abbott, U.S. Sen. Rand Paul and conservative American pundit Bill O'Reilly have all publicly told women to "calm down" in the context of their professional lives.

Telling women to "relax" or "calm down" when they are expressing their opinions is particularly insulting when it's in response to their attempts to simply do their jobs. The demise of this phrase is long overdue.

While telling women to "calm down" is problematic, so is demanding that they smile. Many a woman has heard this when she dares to appear emotionless or, perish the thought, angry or upset. Maybe she's walking down the street, sitting on the subway, or simply concentrating on any given routine activity — whatever it is, if a woman is doing it without smiling, she's apparently failing to live up to her feminine duty to pleasantly please all who encounter her.

The artist Tatyana Fazlalizadeh, who addresses this head-on in her project "Stop Telling Women to Smile," summed up this phenomenon aptly in a recent interview. Telling women to smile "has nothing to do with a man making a woman feel better, it has more to do with power and control," she told MSNBC. "It's about making her look more ladylike for [him] ... It comes down to men having women look like what they please. [Women] should smile when they feel like it."

Women are frequently told to be thankful when horrible things don't happen to them. This is especially true in our culture which victim-blames women who have survived sexual assault — especially if alcohol was involved. Men hardly live with the same expectation that they should be constantly prepared for the worst. Instead of maintaining this norm, we should work harder to create a world in which women live with the same basic expectation of safety as men do.

Through history, women have been valued socially, politically and economically for their reproductive capabilities. Even though it seems that women openly discuss their lack of desire to have children now more than ever before, when women state they don't want children, they are often told they're mistaken or that they'll change their minds.

While this is annoying and sexist when stated by friends and family, it becomes truly concerning and damaging when stated by doctors. Plenty of women have anecdotally confirmed, for example, that doctors have refused to perform hysterectomies based on the possibility that women requesting them will one day want children and regret the decision.

A recent survey conducted by the organization Hollaback! and Cornell University found that 85% of American women experience street harassment before the age of 17. While this treatment can take many forms — including whistles, offensive gestures or physical leering — it's arguably most commonly expressed as unwanted comments, especially those that objectify women by singling out certain body parts. While offenders claim these comments are meant to be "compliments" the truth is they're actually about reinforcing an inequitable power dynamic, which is not only unacceptable but something men rarely (if ever) experience.

Dress codes and school are not just annoying nor prohibitive of personal style — they're often dictated by gender. While there are certainly dress codes that uphold standards for male students, there is undeniably a cultural norm that maintains women's bodies and their presentation of them are "distracting" in a way that men's are not.

"This 'distraction' standard for a dress code sets up a model in which the default student we are concerned about — the student whose learning we want to ensure is protected — is male," feminist writer Jessica Valenti writes. "It presumes that female students are a distraction to male students' learning, and therefore it's young women's actions that must be policed."

While the situations and individuals that perpetuate these messages may vary, a common dynamic underlies them all: They're all about power. Specifically, they perpetuate women's lack of power relative to men by allowing men to assert their ability to denigrate them.

Ultimately, we should strive for a world in which these insulting comments aren't made to anybody. But beyond just eradicating these statements, we have to also question the power dynamics that allow them to exist and persist, and work to eliminate them as well.