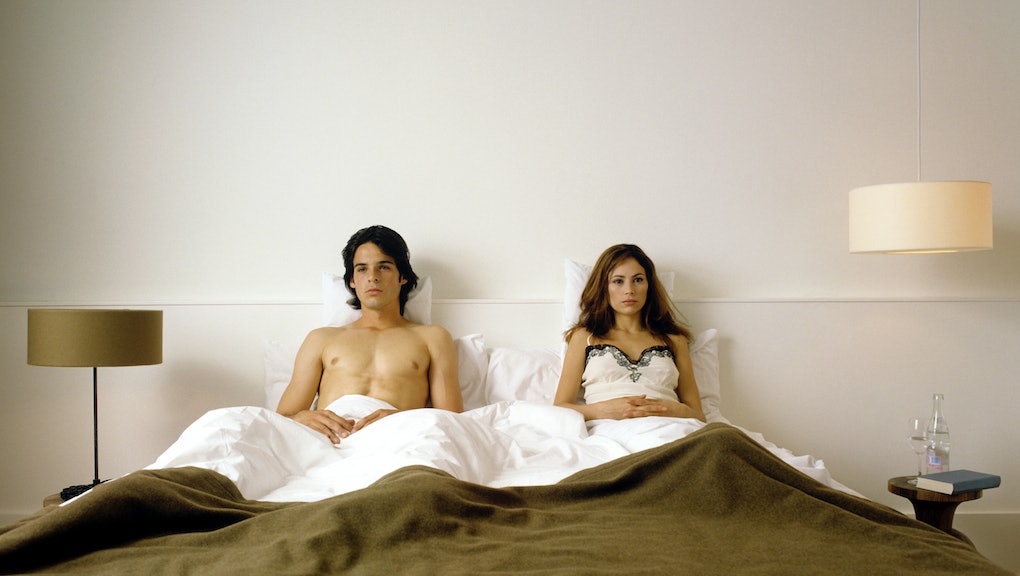 Early Tuesday morning, the hashtag #DescribeYourSexLifeInATVShow started trending on Twitter to hilarious results. The common thread amid all of the self-deprecating humor? Our sex lives really aren't that great:

While media narratives may have us believe that young people are promiscuous hookup-driven animals, the tweets suggest a different reality — and we shouldn't be so surprised.

For many young people, relatively tame sex lives may reflect a preference for less casual sex. Rolling Stone reported last March that even young people in open relationships have a preoccupation with intimacy, and the New York Times declared us more into the emotionally and physically safe "casual text" than casual sex.

Plus, a recent survey of 2,314 Americans ages 18 to 35 by the Public Religion Research Institute found that while overall sexual attitudes have gotten significantly more progressive over time, certain views have remained traditional. When it came to "sex between two adults who have no intention of establishing a relationship," 37% of respondents declared it to be "morally wrong," another 21% said it depended on the situation. As the Atlantic put it, "So much for hookup culture."

Surprisingly conservative views aside, the real-time results of #DescribeYourSexLifeInATVShow also suggest there are plenty of people who would like to get laid more often — but just aren't.

That fate can probably be blamed, in part, on our generation's vast single status: Another recent study found that the people who are actually having the most sex are monogamous couples in their "honeymoon phase," not the single folks.

Even if that couple life means occasionally sharing the bed with the dog. Given our hilariously bleak #DescribeYourSexLifeInATVShow tweets, it's probably a fine trade-off.