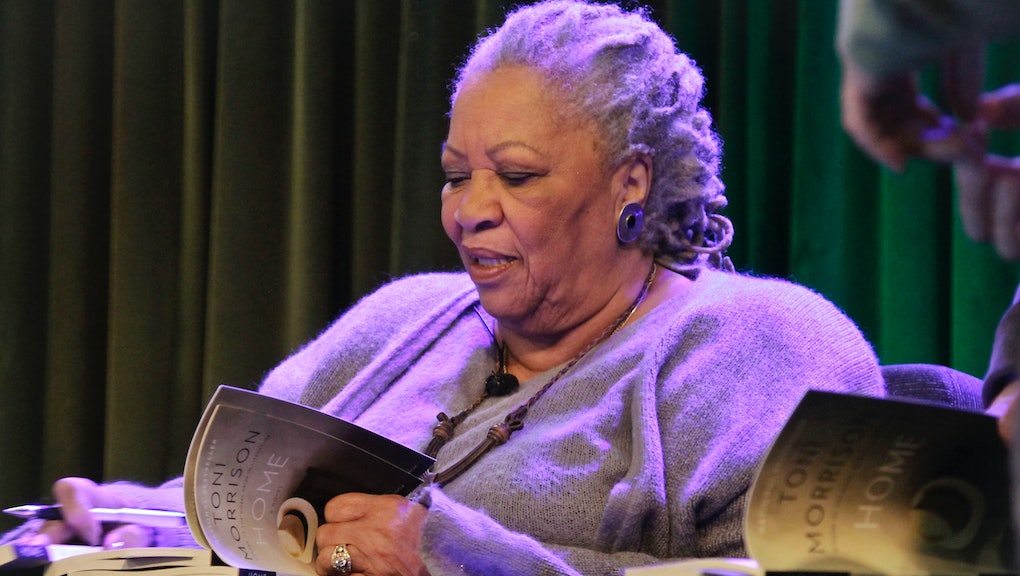 Toni Morrison, the only living Nobel laureate in literature from the United States and a leading voice on race, has her own test to determine when racism will truly be over in the U.S.

"People keep saying, 'We need to have a conversation about race.' This is the conversation. I want to see a cop shoot a white unarmed teenager in the back," Morrison said in a recent interview with the Telegraph's Gaby Wood. "And I want to see a white man convicted for raping a black woman. Then when you ask me, 'Is it over?' I will say yes."

Evoking images of Michael Brown, Walter Scott and countless black men whose dead bodies have filled our screens in recent years, the 84-year-old literary lioness, whose new book God Help the Child went on sale Tuesday, makes a powerful point about the racism that underlies America's criminal justice system. Her point is not about promoting violence, but rather that the disproportionate amount of violence and police brutality against black people would not be tolerated were it perpetrated against whites.

Morrison, a novelist and professor, whose acclaimed novels have focused on the lives of black Americans, has become a preeminent scholar on race and gender. As she said on The Colbert Report in November:

Her interview with the Telegraph offers searing commentary on race relations throughout the interview, connecting America's past with its present. She says racism "is the money-maker" in the U.S., drawing a line from slavery to today's disproportionately black prison population (also known as the Prison Industrial Complex, an economic system wherein companies and governments makes money off the proliferation of prisons, policing and surveillance). Just as black bodies were commodities used on plantations, these bodies are abused by the criminal justice system today.

Slavery, Morrison said in the interview, moved America "closer to the economy of an industrialized Europe, far in advance of what it would have been," which she says is continuing through the vast imprisonment of black people. In fact, Morrison said, police "don't stop and frisk on Wall Street, which is where they should really go."

The justice system is not just at all.