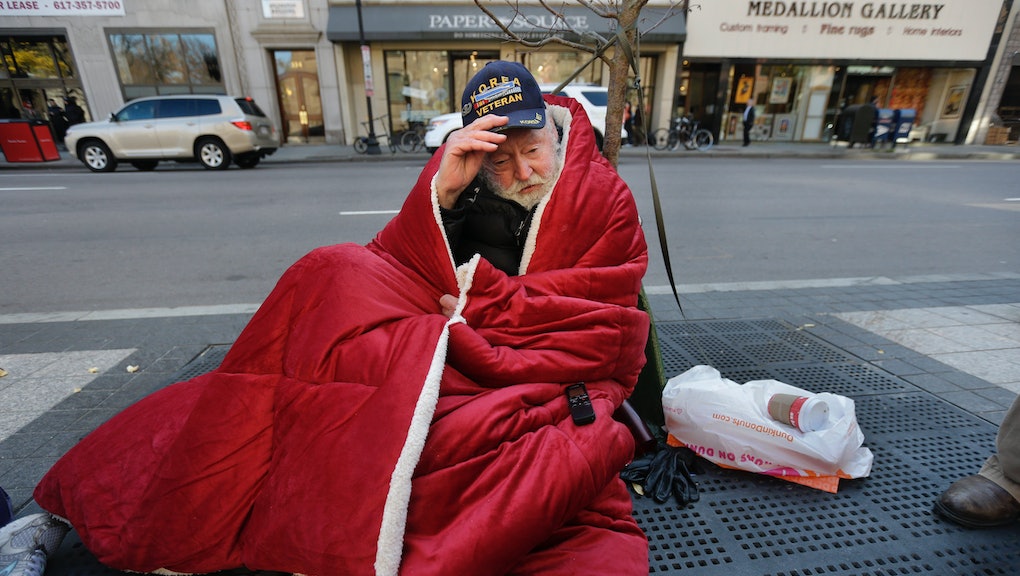 On Monday, first lady Michelle Obama visited New Orleans to acknowledge a historic accomplishment. A few months ago, the Big Easy became the first city in the United States to eliminate homelessness among its veteran population by placing them all in supportive housing.

"This is a call to action to our entire country," Obama said at a ceremony to recognize the milestone, according to the Times-Picayune. "You all have proven that even in a city as big as New Orleans, veteran homelessness is not a reality we have to accept. It's not an impossible problem that is too big to be solved. We want cities across this country to follow your lead."

The first lady took the occasion to announce that the federal government will be investing resources to assist other cities seeking to end homelessness among their veterans. The U.S. Department of Housing and Urban Development and the Department of Veterans Affairs will be providing "$65 million in rental assistance that will help house more than 9,300 homeless veterans," according to the Times-Picayune.

So far, the White House's campaign to end homelessness among veterans has been a success. Rather than rely purely on rhetoric of compassion and awareness, it has used material incentives to bolster the expansion of smart housing policy in cities nationwide.

A record of success: The Obama administration reports that since 2010, nearly 230,000 veterans have been the beneficiaries of HUD's housing vouchers and VA initiatives to prevent homelessness. From 2010 to January 2014, the national homeless veteran population decreased 33%, and the number of unsheltered veterans dropped 44%.

Homelessness overall has been on the steady decline, even when the economy cratered and unemployment skyrocketed. A significant part of it is because Washington has put money and organizing power behind "housing first" policy approaches to dealing with homelessness, policies that began under former President George W. Bush. Under President Barack Obama, the 2009 stimulus, as disappointing as it was for progressives, devoted a noteworthy $1.5 billion for a homelessness prevention program that focused on, among other things, moving homeless people into homes.

Housing first works: The quiet, incremental success of these programs affirms an emerging consensus among progressives that the best way to approach homelessness is to focus primarily on provision of housing (whether temporary or permanent), and secondarily on the issues that may be causing homelessness, which often cannot be solved with ease, if at all — and especially can't be solved as someone endures the physical and mental trauma of living on the streets.

For those who think this is just a ploy by bleeding-heart liberals to throw more money at a problem — it costs less. The cost to society of keeping someone careening from the emergency room to shelters for years on end is in many cases far more expensive than getting them into an apartment and having professionals work on minimizing the issues that ail them and rendered them homeless in the first place. It also has the merit of being the right thing to do.