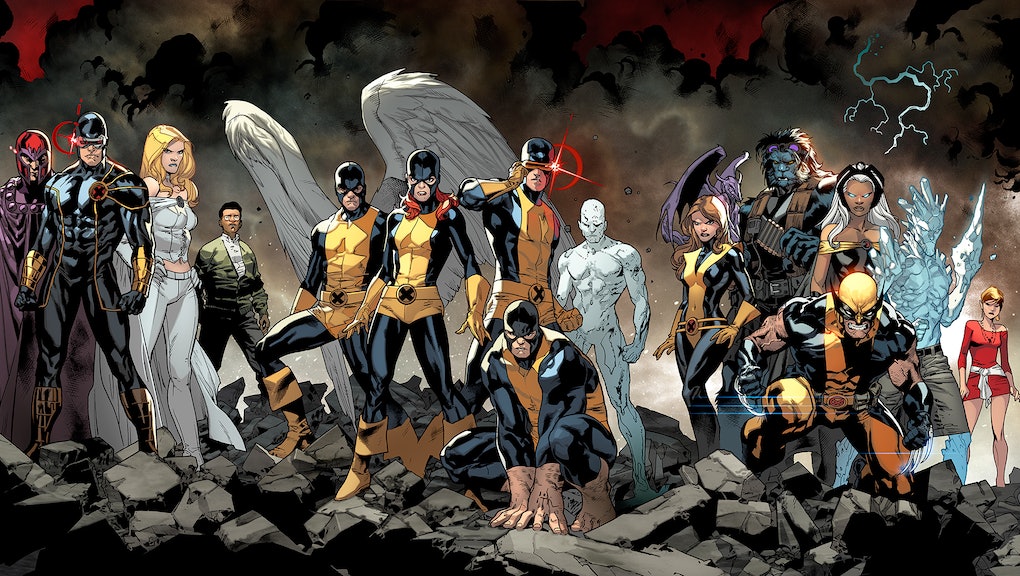 The Advocate reports that pages from Wednesday's All-New X-Men No. 40, which finds young versions of the five founding members of the X-Men "displaced in time and fighting the never-ending battle in present day," reveal that ice-wielding mutant Iceman/Bobby Drake is gay.

Not everyone's coming-out experience is that easy.

Coming out in comics: Fans have speculated that Iceman is gay for some time, although as Bleeding Cool's Rich Johnston reports, it's not entirely clear how this version of Iceman correlates to the standard one. The story of All-New X-Men centers around resident genius Beast traveling back in time to bring the original five X-Men to the present day to prevent a major calamity. Since the contemporary Iceman is generally written as attracted to women, having dated fellow superhero Kitty Pryde, among others, Johnson speculates this Drake is either from an alternate reality or a later-in-life evolution.

The whole thematic overtone of the X-Men comics has always been about being different. The stories are about being a mutant in a hostile world populated by regular humans resentful and fearful of the change the X-Men and their brethren represent. As such, the series is often viewed as an allegory for LGBT exclusion and togetherness.

"Most of these characters were orphans, exiles and outcasts," writes Comics Alliance's Andrew Wheeler. "The X-Men became their surrogate tribe. That they did not look like a natural family served to underline the idea that these people chose each other. All of this is a gay fairy tale — and a perfected version of what is, for many, a gay reality."

Iceman is far from the first X-Man depicted as a member of the LGBT community, but as one of the five founding members of the team (alongside Cyclops, Jean Grey, Angel and Beast), he carries special significance.

The news also comes at a time when LGBT characters are getting increasingly open representation in mainstream comics; DC Comics, for instance, is set to launch a new series about gay vigilante Midnighter in June. The X-Men may have fantastical superpowers, but as people with diverse sexualities, they're really just like us.