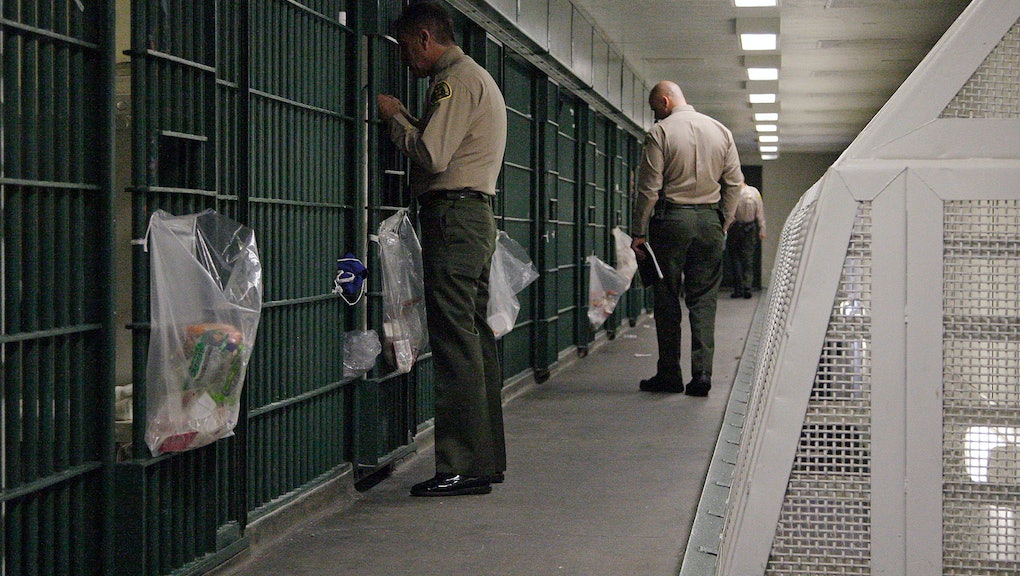 Instead of Going to Federal Prison, These 7 Drug Dealers Are Getting a Second Shot at Life

It started as an ordinary drug bust.

On April 15, seven men walked into a room in a recreation center near Myrtle Beach, South Carolina, as reported by the Huffington Post. Officials from the Conway Police Department were waiting for them with blue folders full of damning evidence proving each man was a drug dealer.

What happened next, however, was not ordinary. The police said each of the seven men would be given the opportunity to avoid prison and even charges.

It's called Drug Market Intervention, a program with roots in a 2004 North Carolina initiative that launched in Conway a decade later and that stands to radically shake up the war on drugs in the U.S. Under the program, the men will be allowed to pursue a GED and receive job training instead of serving federal time. The second chance is conditional on avoiding arrest and renouncing a life of crime.

If they fall off the wagon, the blue folder is be waiting for them, police warned. If not, they've just been given a second shot at life.

Doing things differently: "The basic skit was, 'Go in, arrest a bunch of people, give them a bunch of time and move on,'" South Carolina U.S. District Attorney Bill Nettles told Mic.

However, that "basic skit" has not been working and has contributed to a prison population that has exploded over the last two decades. As of March 2014, there were 2.4 million people in federal, state and local prisons and jails in the United States. According to the Vera Institute of Justice, in 2010, among the 40 states that submitted survey data, housing an average prisoner cost $31,286 annually.

To give that some perspective, as Mic's Zeeshan Aleem points out, the "population of those in prison and jail would be the fourth largest city in America."

A big chunk of all that comes back to drug abuse, the very problem DMI sets out to solve. Between 2001 and 2013 more than 50% of inmates serving more than one year in federal prisons were busted on drug crimes, DrugWarFacts.org reported. In 2013, 98,200 people in America were serving time in federal prisons for drugs, according to DrugWarFacts.org, and 210,200 inmates in 2012 were serving time in state prisons. On the federal level, the statistical comparison speaks for itself.

For Nettles, a champion of DMI, the real benefit of the program came from community involvement rather than handing cases of public safety entirely to law enforcement officials. "[We] married the efforts of community and law enforcement," Nettles said.

It's not only Conway that has seen success. DMI has made enormous progress in a number of key metrics in other areas where it has been adopted. Today, dozens of cities using DMI have reported a marked decline in violent and drug-related crimes.

Police forces adopting DMI echo other novel approaches to reducing drug use without prison. Kentucky created a needle exchange program in March and will no longer prosecute people who overdose. Instead addicts will be directed to treatment services. In 2011, Seattle launched the Law Enforcement Assisted Diversion program, which rejected a "lock 'em up" approach to one focused toward social work and rehabilitation. Again the results were promising. A study found that LEAD participants were 34% to 58% to commit a new crime after their first arrest.

"The [Department of Justice] has recognized that we can't incarcerate our way out of this drug problem," Nettles said. "One of the problems with the war on drugs was it was an 'us versus them' mentality."

Ultimately, as Nettles implied, the war on drugs as it is being fought is not working. Locking up greater numbers of people for nonviolent crimes is an enormous expense both in dollars and broken families, while the U.S. recidivism rate, the percentage of inmates who commit new crimes after being released, is more than half. Any new approach to help reduce these figures should be applauded and promoted.