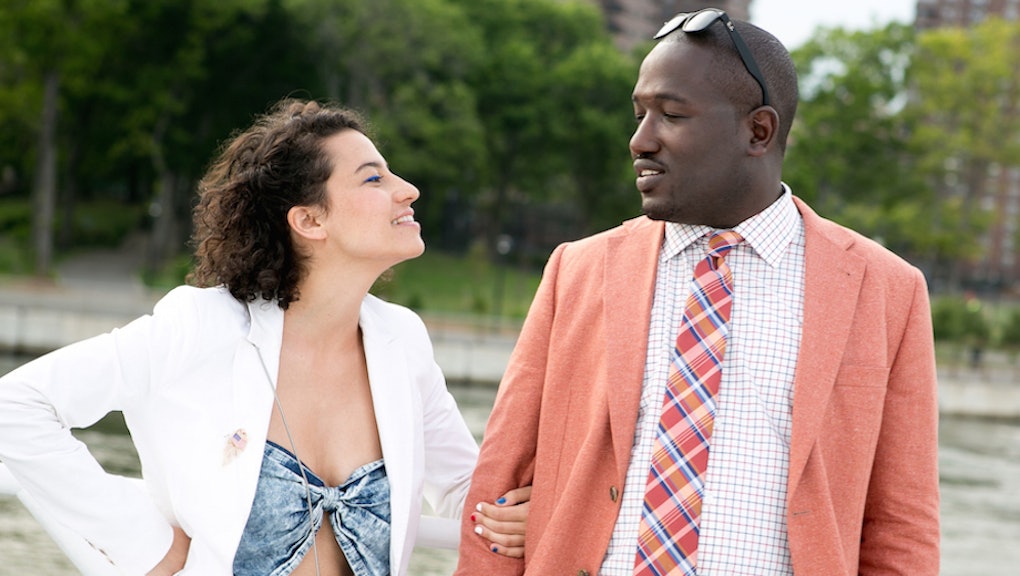 A friend texted me one evening to see what I was doing. "I have a date later," I told him.

There, right in that last word, I'd struck an artery running through the modern dating landscape. It's that relaxed ethos — the "it's OK if you missed my text even though I see you updating your Facebook" and "it's totally fine that we have no idea where this is going after our seventh sleepover" — that permeates so many of our early relationships.

We have entered the cult of chill.

This dating climate is rooted in so many of our modern dating realities, from how we communicate (hello, texting) to how long we put off marriage. "Chill" doesn't just describe a certain kind of person — rather, it's something in the air, pushing us into states of permanent distance, affecting all of us whether we like it or not. And it's making us seriously unchill.

Chillness everywhere, with no chill people: "Chill" can manifest in a single person, an individual floating cool and unaffected through the chilly dating scene. Alana Massey described this idealized person in her Medium essay called "Against Chill":

"To the uninitiated, having Chill and being cool are synonyms. They describe a person with a laid-back attitude, an absence of neurosis ... And for a large subset of the population, Chill is one of the most desirable qualities in a romantic prospect."

But more often than not, no one person is completely "chill," a neurosis-free robot who dominates the dating game. The forecast for everyone's dating situations is chilly, even if neither people are particularly chill themselves. As Massey writes, "Chill has now slithered into our romantic lives and forced those among us who would like to exchange feelings and accountability to compete in the Blasé Olympics with whomever we are dating. Oh, I'm sorry, I mean whomever we are 'hanging out with.'"

A language problem: The rise of chill is arguably both the symptom and cause of how we date today: later, looser, with more options and fewer definitions than ever. When it comes to dating language, we have more and more categories and yet less clarity. There's plenty of new terminology to describe untraditional relationships — consensual nonmonogamy, monogamish, poly (not to mention the Mic-coined dating partners) — but we lack set standards for defining our loose, casual relationships before they reach that "boyfriend" and "girlfriend" level. In the meantime, we're "dating" or "seeing" or the dreaded "hanging out."

Without clear definitions, we have fewer clearcut expectations of each other. But nailing them down is seemingly taboo in a climate of chill. As 31-year-old Courtney* told Mic, the phrase "So, what are we?" is basically forbidden today. "If I am truly interested, I wait until I can tell the guy wants to be exclusive with me. Usually the topic comes up as the inverse 'I can't imagine being with other people' or 'If you were dating someone else it would really bum me out,'" she said.

Instead, the standard of chill dictates that we hold off on defining anything and just, well, chill out in what becomes a vague, vicious cycle.

Our laissez faire millennial ways: Our lackluster methods of communication only contribute. "There's one guy I dated a while back who was a slow texter and had a bad habit of canceling and rescheduling," Abigail, 25, told Mic. "At first it was fine, because I'm always willing to give people the benefit of the doubt, but in the context of short-term dating it can be hard to figure out what exactly your expectations of someone can and should be."

"On dating apps and sites, it's easier to flake and cancel plans. People drop off message strings all the time and it impacts people's emotions and creates frustration," Laurie Davis, founder of eFlirt and author of Love @ First Click, told Mic. "Texting can also be a more passive way to communicate in the early stages of a relationship ... For some, it's a lazy way to sustain a connection and make less decisions in their dating life."

About those decisions: Hate the new "chill" standard though we might, it comes with the territory of shifting relationship boundaries and our resistance to settling.

"Millennials are in no hurry to marry or settle down — they've witnessed the frequent demise of so many early marriages, and they have careers to build, countries to travel, life experience to amass — before they decide to settle down and start families," sex researcher Zhana Vrangalova told Mic.

Stressing out over being un-chill: "If you're not chill, you could very likely scare off the other person," James*, a frequent Tinder user, told Mic. The cult of chill has exacerbated the insecurity and second-guessing that's always been a part of dating. The fear is that if we don't keep up with "chill," it will leave us behind and replace us with a relaxed, cooler version of someone who will.

And it's not just women who feel the effects, although there may be differing expectations for the genders.

"For women, there is the omnipresent pressure to be the 'cool girl'— to not make a big deal out of things, to go with the flow and laugh everything off," Abigail told Mic. "For men, I think the need to appear 'chill' could stem from the same sort of pressure to not appear overly emotional too early in a relationship, because men aren't supposed to have feelings, right?"

Our collective, silent buy-in to the "chill" rules has us acting like it's a good thing. And sometimes, it can be: A culture in which we don't force relationships to be something they're not and don't place pressure on one another has its upsides. It's a double-edge sword: Keeping it chill often means accepting a lack of accountability, but it also signals emotional freedom.

The problem comes when we know we're ready to make the leap or when we need to know whether that other person is too. With everyone being so chill, we're left wringing our hands, stressing over those "read" receipts on our texts and wondering what that simple, solitary response of "k" meant. We're left, in other words, becoming the least chill versions of ourselves.

*Names have been changed to allow subject to speak freely on private matters.