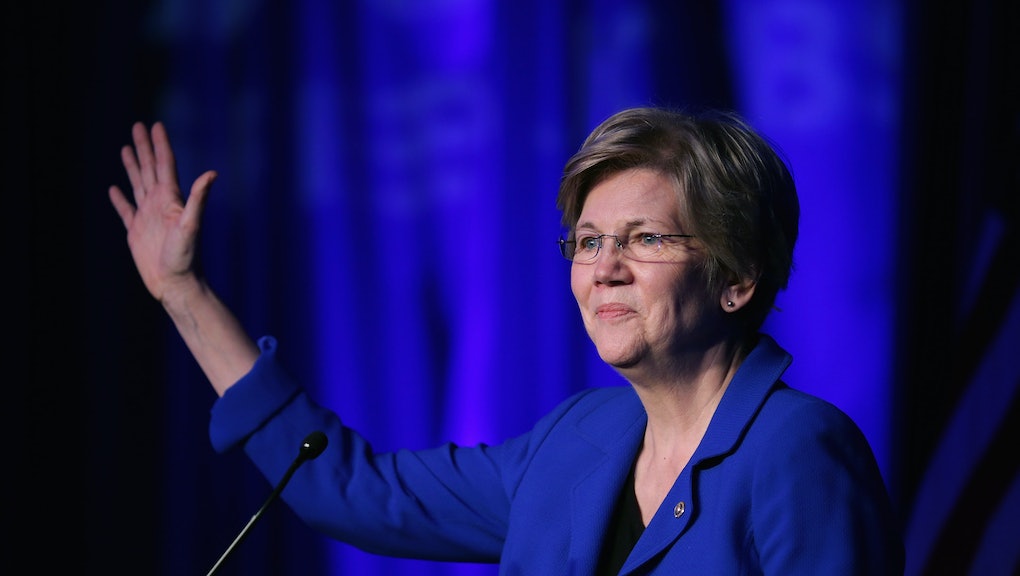 Democrats in Washington Are Pushing for "Debt-Free" Higher Education

On Tuesday, Democrats in the Senate and House introduced twin resolutions "to ensure that students have access to debt-free higher education."

The measures call for the federal government to support states in making greater investment in colleges and expanding financial aid measures so that students can eventually expect to have "no debt upon graduation from all public institutions of higher education."

The resolutions aren't binding; votes on them are meant to serve as a tool for gauging support for the idea in Congress. But they're important steps all the same.

As an example, take a look at this chart from a report by the think tank Demos and advocacy group Progressive Change Campaign Committee, which shows how Pell Grants — federal aid for low-income students that doesn't have to be paid back — have failed to keep up with skyrocketing college tuition rates for over thirty years. The smaller those bars have shrunk, the more students have had to rely on a combination of public and private loans:

"The focus on restoring state funding to higher education is an incredibly important part of solving the student debt crisis," Maggie Thompson, campaign manager at Higher Ed, Not Debt, told Mic. "The way we got into this mess was through decades of disinvestment from higher education on the state level. I think this is an important piece of the solution to turning the tide and making higher education a public good again."

Clinton is the target: The other big reason the resolutions are significant is because they represent a serious bid by progressives at making student debt a major 2016 policy issue. The PCCC, a progressive group that champions Sen. Elizabeth Warren's policy stances, appears to be coordinating with the Democrats on the "debt-free" agenda. As George Zornick notes in the Nation, this is clearly an effort to get Hillary Clinton to make some commitments in her presidential campaign:

The PCCC will immediately organize rallies at ten college campuses this week, including four in the early-primary states of Iowa and New Hampshire. The students at these rallies will explicitly call on presidential candidates to embrace the debt-free college plan. Hillary Clinton and her advisers are no doubt the primary intended audience here, since she leads Democratic polls by such a wide margin.

A spokesman for the Clinton campaign wouldn't immediately comment to a Mic request about the legislation.

Warren, one of the three senators who attached their names to the Senate resolution, continues to use her considerable power to tug the Democratic party to the left. At this point, her endorsement of a policy position represents a criterion by which those on the left can consider something more ambitious than typical Washington incrementalism.

"We want to start drawing lines in the sand with our elected leaders," Thompson said. "It's not going to be enough anymore to just say that college is important and should be affordable."