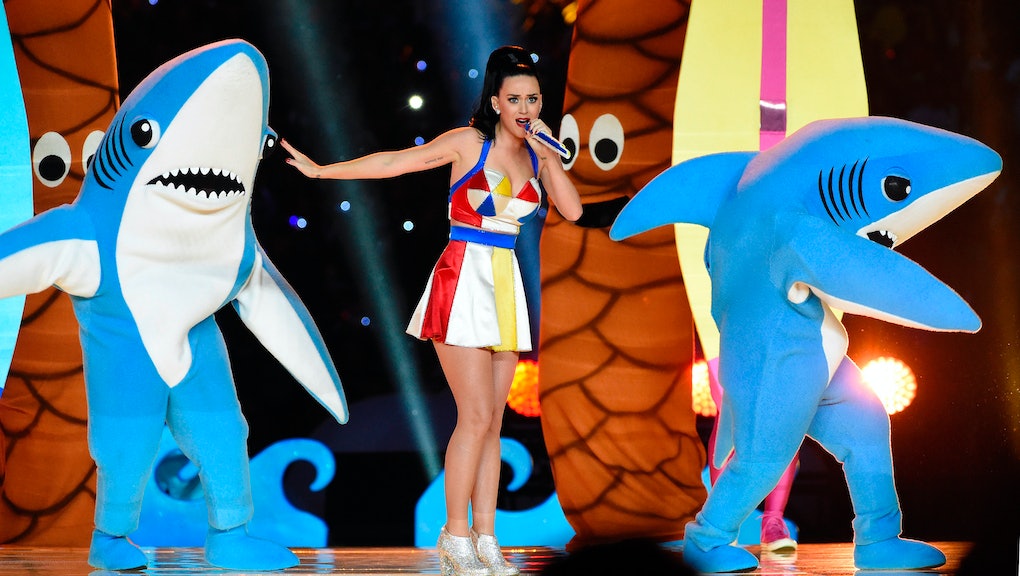 Anyone who watched the Super Bowl in February knows that Left Shark won — at least as far as the Internet was concerned. The meme that lasted long after the Katy Perry's Super Bowl halftime show became so popular that she famously attempted to trademark it.

The U.S. Patent and Trademark Office decreed Thursday that Left Shark belongs to the world. And their reasoning is perfect.

David Collier, the man who surveyed Perry's copyright claim, seemed miffed. He noted, according to Billboard, that Left Shark "identifies only a particular character; it does not function as a service mark to identify and distinguish applicant's services from those of others and to indicate the source of applicant's services." That's another way of saying that the office doesn't see a direct link between the shark and Perry which, to be fair, isn't so clear if you aren't living on Twitter.

There also appears to have been a bit of a mix-up in the design that Perry submitted for Left Shark. Apparently the submitted design was different from the Left Shark of Super Bowl fame. Collier wrote this, according to Billboard:

On the bright side, Perry can submit another claim:

The dispute: This all started when Perry and her lawyers sent a cease-and-desist letter to Fernando Sosa over his allegedly illegal use of Left Shark after the Super Bowl. Sosa was selling 3-D printed Left Shark costumes on his website, and Perry claimed he was infringing on her exclusive rights to the design.

"Federal courts and the United States Copyright Office have made clear that costumes are generally not copyrightable," Sosa's lawyers wrote in their response to the cease-and-desist letter. "Please tell me why you think the Left Shark costume should be treated differently. Did Katy Perry design the Left Shark costume? If so, when?"

The claim should be settled now. Left Shark belongs to the world.