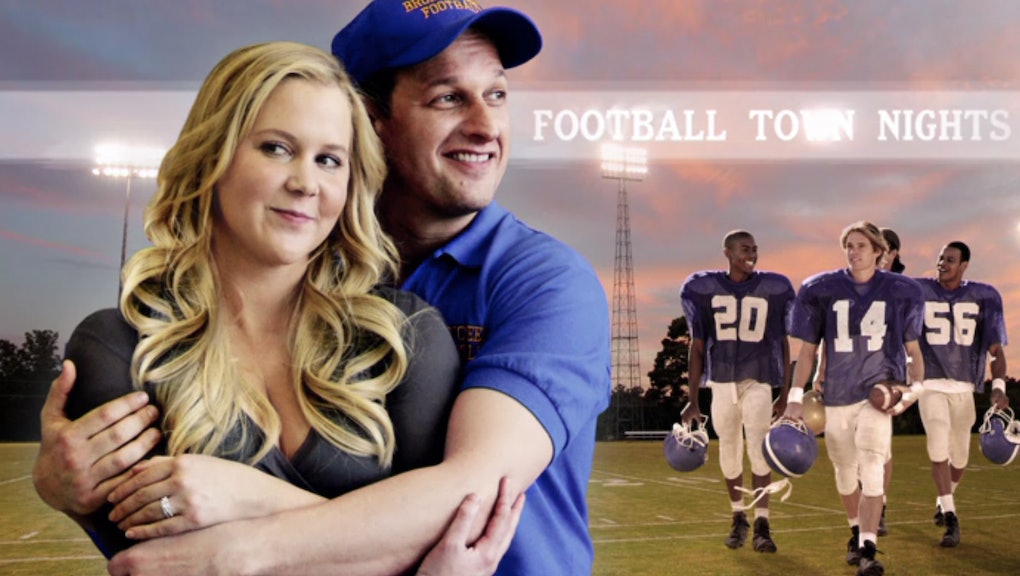 The sketch jabs at sports-centered adulation to get to an issue that is too often part of football culture — and the new coach in town, played by Josh Charles, is having none of it.

The completely baffled players bombard the coach with questions in disbelief.

But the coach won't budge:

Christine Nangle, who wrote the sketch, told ThinkProgress that real-life events surrounding the Steubenville, Ohio, rape case and the surrounding community's indifference and appalling support of the rapists was the inspiration for the skit.

"You know that laugh you do when you cannot believe that people are this ridiculous and cruel?" she said. "It was that kind of laugh. And if there's that laugh in this story, there's likely a sketch there."

Comedy transgresses in the name of progress: From the skit "Last Fuckable Day" featuring Tina Fey, Julia Louis-Dreyfus and Patricia Arquette to the already classic "Milk Milk Lemonade," Schumer proves she is leading the feminist movement in comedy. Like Sarah Silverman before her, Schumer broaches the sensitive topic of rape through humor. As Schumer said this week during a talk at the Tribeca Film Festival, "Rape is good fodder for comedy because it's the worst thing in the whole world, so it's untouchable."

"We're not just like, 'rape's hilarious.' It's always a risk, some people will always be upset just at hearing the word, and you can maybe look at that scene and think we're making light of something serious. We're really trying to educate, but that's not always clear. We know what message we want to send, and we also think the premise is funny, and then we'll go to town."

Inside Amy Schumer head writer Jessi Klein observed that comedy can function as catharsis, despite the subject matter. "Comedy is a way of talking about things, and you should be able to talk about anything," she told ThinkProgress. "And as with any art, like a painting or a book, you can fuck it up and inadvertently say the opposite of what you mean to say, or in the cases of some comedians I won't name, maybe they're saying exactly what they mean to say, and it is offensive. But using comedy to talk about heavy subjects does not automatically mean that you're making light of the subject."

"Football Town Nights" makes us laugh out of discomfort and out of disbelief at the social attitudes surrounding violence against women and rape culture that is part and parcel of football's rhetoric of "conquering" and "dominating." The real task, now, is to move beyond seeing the connection that Schumer makes, and taking proactive measures to stem the epidemic of violence against women.

Watch the full skit below: