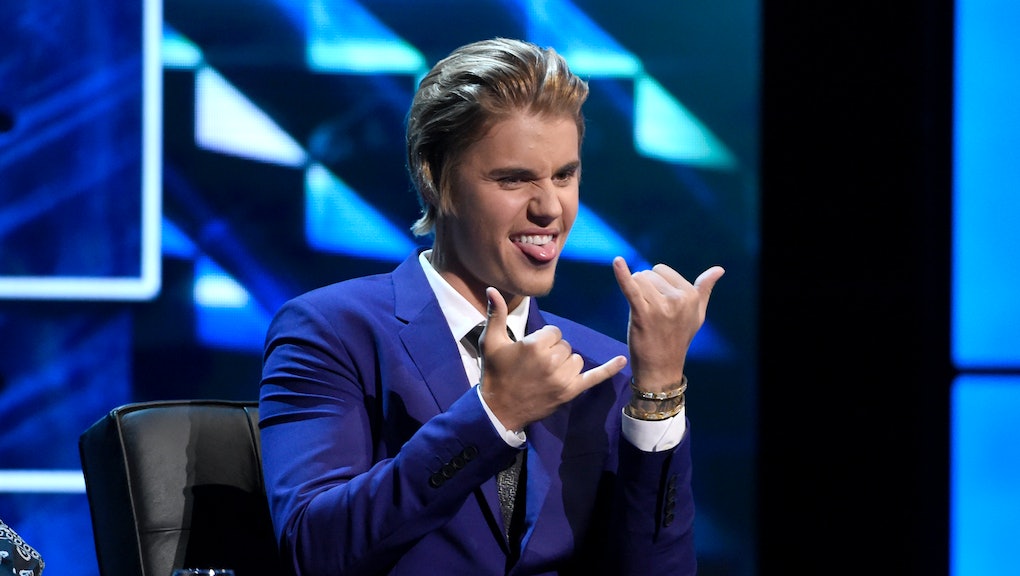 Think back to the last time you listened to a pop song. Chances are you knew it was popular before you heard it — maybe a friend or a critic made the recommendation, or maybe you saw it on the charts. Chances are, according to science, that's one of the reasons you were inclined to like it.

If you've ever had the suspicion that a lot of the most popular songs are also the worst possible songs, science may already have confirmed your feelings. In a 2008 Social Psychology Quarterly study that Nautilus recently unearthed for an article titled, "Some Music Is Inherently Bad — But People Can Be Convinced Otherwise," researchers Matthew J. Salganik of Princeton University and Duncan J. Watts from Columbia University and Yahoo! Research revealed that the mere suggestion that a song might be popular can make it so — whether or not it's any good. The study, called "Leading the Herd Astray," showed that "popular" music, no matter how bad, is a self-fulfilling prophecy. That, at the very least, should explain Ed Sheeran.

The study: Recruited via email, 12,207 participants visited a website that told them they were about to take part in a study of musical tastes. After clicking through, each was presented with 48 songs by relatively unknown musicians; after listening, "they were asked to rank the song from 1 star ('I hate it') to 5 stars ('I love it')."

The scientists found something intriguing: "Participants who were aware of the behavior of others were more likely to listen to songs that they believed were more popular," they wrote. Participants' false perceptions of popularity dictated what songs they listened to, as well as how they ranked those songs. The study called the results a "self-fulfilling prophecy": When participants were told what other people liked, they liked it more.

This study proves that pop music triumphs even when it's bad, and you better believe the music industry is capitalizing on it.

"The Shazam Effect": When music-identifying service Shazam launched in 2002, it was intended to help the everyday music listener discover new music. But by 2014, the app had become more than just an identification tool; it was the music industry's newest weapon to discover up-and-coming artists. "The Shazam Effect," as it was recently dubbed by Derek Thompson in the Atlantic, uses the data Shazam collects from listeners to determine what songs are catching on, providing the music industry with a useful set of metrics. It's also the sign of a big trend — the industry's reliance on predictive popularity data to decide where to put all its resources. With the music business in flux, labels are increasingly risk-averse, willing only to invest in the music they can make popular or that already is popular.

This, Thompson reports, has led to a music industry in which the top 1% of musicians make 77% of all music revenue, and which edges out fringe music and celebrates the least diverse, already popular artists. "Leading the Herd Astray" proves just what a vicious cycle this can become. When the music industry can order its resources to encourage people to think of a song as popular, listeners may actually feel they like it more. As the Washington Post reported, a Clear Channel radio program called On the Verge chooses songs that are sure bets and mandates that all 840 stations in the Clear Channel network play that song at least 150 times. The best example is the much-loathed "Fancy" by Iggy Azalea. Again and again, the program creates hits, whether or not the artists behind them are any good.

This sort of size and influence changes how we feel about our music. One study suggests that the more we hear a song, the more we like it. Our brain's reward center is more active while listening to songs we've already heard, so the more we hear Ed Sheeran's "Thinking Out Loud" on the radio, the more we tend to consider it a good song. It's like Stockholm syndrome, as this PBS video points out: We're trapped with a song so we grow to love it.

We're taught that music taste is a personal choice, a choice that helps us identify ourselves: Taste is subjective, and therefore it determines our personalities. But it turns out that music taste isn't nearly as subjective as we thought. And the only way to buck a controlling industry is to know what's happening within us when we hear the latest "pop" song — it may not be so popular, after all.