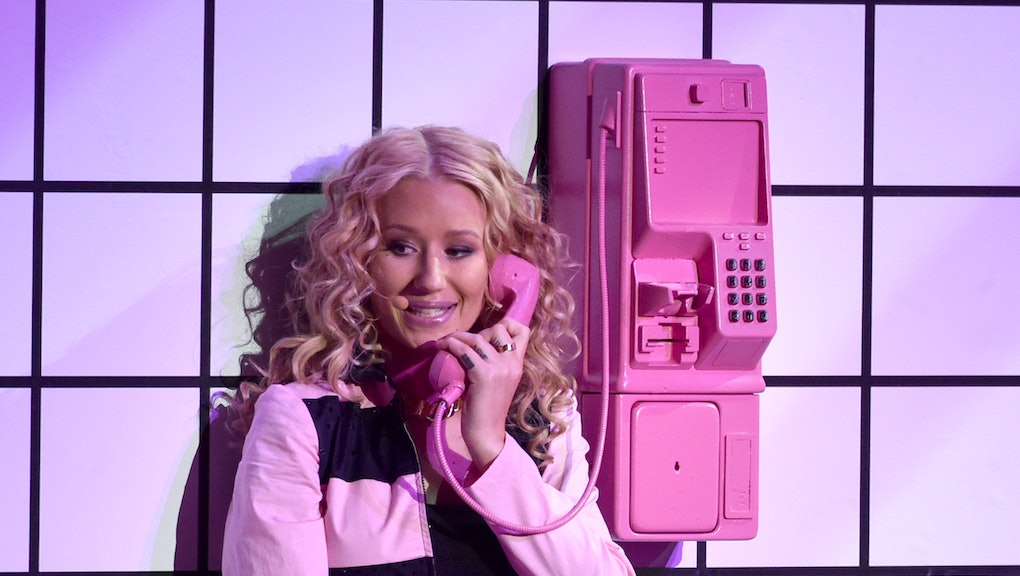 Everyone Is Saying Iggy Plagiarized Kendrick — But Here's the Real Issue

Iggy Azalea has been getting mercilessly torn apart on Vine for the past few months over a series of clips that show her spitting straight up gibberish live in concert.

One video from a 2013 show is now going viral, thanks to a video that claims her verses are not only unintelligible — they're also plagiarized from Kendrick Lamar:

Watching the spliced concert footage with lines from a 2010 Kendrick Lamar song "Look Out For Detox," it's clear Iggy Azalea's yelps and grumbles are strikingly similar to Kendrick Lamar's crisp verses. Close as the two performances are, however, this is not a case of plagiarism; it's just straight butchery.

The song Iggy is attempting to rap is not Kendrick's "Look Out For Detox," but her own 2011 "D.R.U.G.S." At the time of that song's release, she never hid the fact that the song's beat was sampled from the Kendrick song, or that the lyrics were similar.

"Kendrick Lamar is one of my favorite artists and I loved his song 'Look Out for Detox' so much I decided to do my own version of it last year. The lyrics I wrote follow the original version closely," she wrote in an open letter posted on Missja.com.

"The intent was to say was that past histories have been mastered, or overcome," she wrote, before admitting: "In all fairness, it was a tacky and careless thing to say and if you are offended, I am sorry. Sometimes we get so caught up in our art and creating or trying to push boundaries, we don't stop to think how others may be hurt by it."

This was one of the first of Iggy's cultural appropriation controversies to take over the Internet. And it was certainly not the last. The issue blew up in her face in December 2014 when Azalea Banks called Iggy out for appropriating black hip-hop culture to sell records, but for not speaking out in support of black issues when the community needed leaders after Ferguson and Eric Garner.

Clearly, the Iggy cultural appropriation conversation is not letting up. Accusations of plagiarism aside, the real issue with the new video is that Iggy Azalea is an unquestionably terrible rapper. If we didn't have Kendrick Lamar video splices to help translate her garbled flows, we would have no idea what she's rapping about at all. This, more than any accusations of plagiarism, is why she deserves the hate.