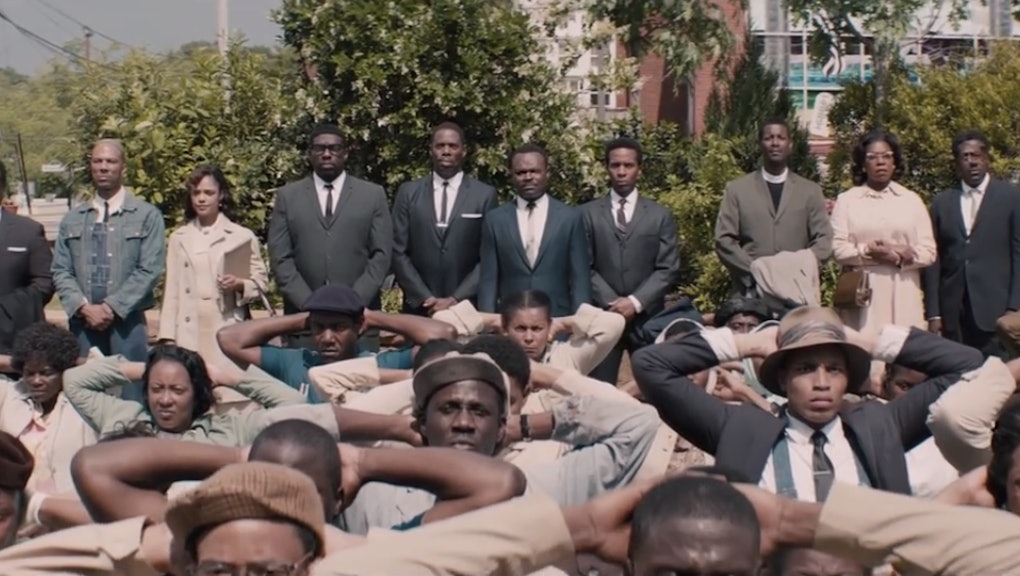 Speaking Thursday evening at the United Nations, Selma director Ava DuVernay announced an unprecedented move: Paramount will be sending every high school in America a copy of the film for free.

As part of the "Selma for Students" initiative, schools will be able to order companion study guides if teachers want to use the film as part of their curriculum.

"With many of these students preparing to vote for the first time in next year's elections, it is especially fitting that they witness the bravery and fortitude of those who fought to establish the Voting Rights Act of 1965," Paramount executive Megan Colligan said in a statement, according to Time.

The film has been hailed as the most human and honest account of the civil rights movement and its leaders thus far. The events it depicts come from an uncomfortable era of American history that is often rewritten or manipulated in subtle ways, making the initiative all the more crucial.

Why it's different. Selma's unique presentation of history works brilliantly as an uncomfortable parallel with spike in police shootings of black men in American today. As Mic's Derrick Clifton previously argued, that's why the film should be required watching material for Millennials, who are coming of age in this new civil rights era. Unlike many other accounts of the civil rights movement, Selma values the contributions of women is just as much as those of men.

Rather than a dualistic portrayal of the civil rights battle, where the country is divided in 'for' and 'against' contingents, Selma exposes the nuances of the struggle by exploring the movement's internal fissures. This new approach could lead to a powerful impact on young people who are learning about this historical period for the first time.

The rest is (whose) history? Controversy surrounding school curriculum ideology, particularly regarding American history, has long been a source of dispute between conservatives and liberals.

In 2010, for example, conservatives won a battle to rewrite history textbooks. "Several changes include sidelining Thomas Jefferson, who favored separation of church and state, while introducing a new focus on the 'significant contributions' of pro-slavery Confederate leaders during the civil war," the Guardian reported.

Students in Texas and elsewhere protested in February, after there was an attempt to make AP history more patriotic.

The pushback against teaching history as it was — with all its complications, darkness and nuances — means incorporating films like Selma could be a game-changer. It's a novel way to engage students and spark a much-needed honest discussion about race relations in this country.