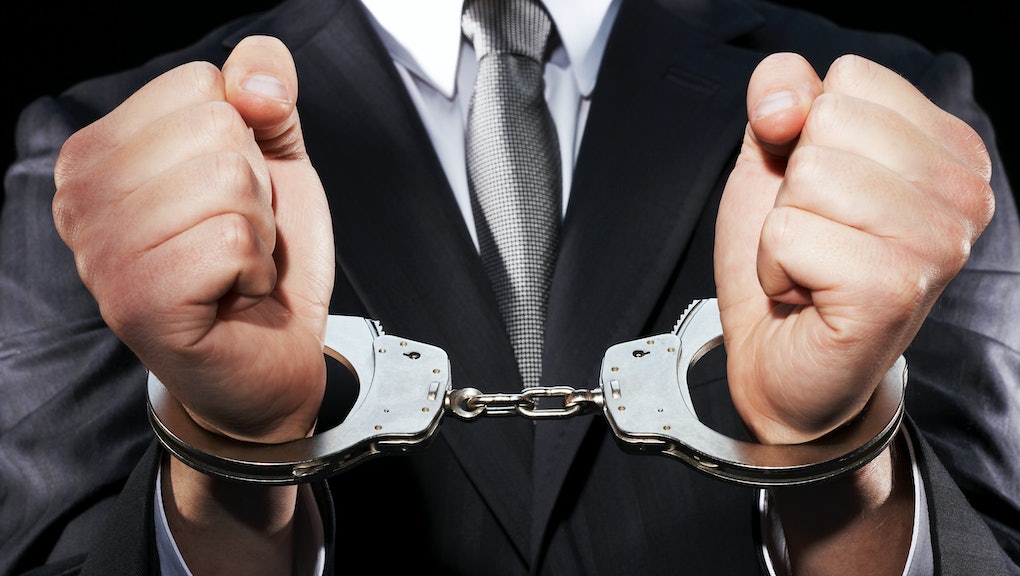 Everything We Think We Know About Preventing Crime Is Wrong

Typically, the international development community approaches combating crime through the creation of jobs: Keep people occupied and making money, and the temptation to commit crime grows less appealing. In the U.S., we focus on deterring crime primarily through punishment. The threat of harsh fines or prison sentences is meant to deter would-be criminals.

But a new study suggests we should look beyond jails and jobs. The combination of two other things constitute an extraordinarily effective way to rehabilitate criminals hardened by a life on the streets: therapy, and direct payments of cash.

A few years ago, Chris Blattman of Columbia University, Julian Jamison of the Consumer Financial Protection Bureau and Margaret Sheridan of Harvard Medical School stumbled upon an interesting organization in Monrovia, Liberia. The Network for Empowerment & Progressive Initiative claimed to reform men with a troubled history by focusing purely on rehabilitation, conducted through a program that offered eight weeks of what is effectively cognitive behavioral therapy. Blattman and his colleagues were skeptical at first, but after studying the program and experimenting with combining the program with transfers of cash, what they found astonished them.

For their research, Blattman and his team sought out men engaged in violence and crime in the slums and markets of Monrovia, many of whom were ex-combatants from Liberia's ruinous civil wars from 1989 through 2003, conflicts that tore apart the country's infrastructure and scarred an entire generation of Liberians. The researchers recruited them off the streets and surveyed them before and after an eight-week therapeutic curriculum called Sustainable Transformation of Youth in Liberia. Blattman and his coauthors also gave some of them a lump sum of $200 after they completed the course, the equivalent to about three months' worth of wages for them. They met with the men four times over the next year.

The success of the program was remarkable, and shows that some of our core assumptions about how best to combat crime may need to be re-evaluated.

Mic spoke with Blattman to discuss his research and find out what it might mean for the way we view crime in the U.S.

Mic: What's the conventional understanding of how we should keep young men away from lives of crime?

Chris Blattman: I feel like the international community, when it comes to poor countries, all seem to rally around the idea that it's about jobs — or the lack of jobs, more specifically. That poor and unemployed young men, because they're dissatisfied, because they have all this idle time on their hands, because they don't have some earning opportunity, end up turning to crime or being mobilized into becoming election thugs or becoming mercenaries for a rebel group.

Mic: Can you tell us about this program you chose to research in Liberia?

CB: The idea behind the program we ended up studying is rehabilitation. That's different than the idea of jobs or jail. Jobs or jail take you as an adult as given. You're going to do what you're going to do, and we can change your incentives. We can either make things that aren't crime more attractive, or we can make crime less attractive by policing and punishment. But we take you as given. Rehabilitation doesn't do that. Rehabilitation says actually, we can change the person. We can foster in them something that's going to make them less likely to do crime. That's controversial — there isn't a lot of evidence that this works.

My first impression when I heard about this program? I was really skeptical. We took a look at it, and this is the point where I brought in a psychologist colleague and a behavioral economist, and what they said is, actually this thing looks real. This looks like the way we treat addiction or aggression or all sorts of disorders, from traumatic stress disorder to depression, in the U.S. So the whole basis of rehabilitation in this program was applying these principles of cognitive behavioral therapy to try to change some very specific things about these people, rather than change their incentives. I think that's where it departs, it doesn't take adults as fully formed and unmalleable, it takes them as people who can still change.

Mic: What did you find?

CB: The guys who ran these programs, they applied these principles of cognitive behavioral therapy, which means they were not just trying to challenge them to think differently, but they'd also get them to practice being a different person and trying to reinforce that.

They applied that to helping them be more self-controlled, both in terms of their emotions and anger, and in terms of being more planful — thinking about the future, having good goals. That was one piece of it. The other was that they wanted the men to stop thinking of themselves as outcasts and start thinking of themselves as normal members of society. So a lot of the practice was them practicing being a normal-looking person, dressing with pants instead of shorts, or a shirt with a collar instead of a dirty shirt with holes.

"There's something about rehabilitation; people seem to change."

Those two things, those changes in self-control and changes in self-image, seemed to have driven really big changes in crime and violence. We saw 30%, 40%, 50% reductions in different things they were doing. For example, they were a lot less likely to be carrying a weapon. They'd gone from, on average, stealing two or three times a week to stealing once or twice a week. That wasn't necessarily just people stealing less, although I'm sure there was some of that, that change in the average was really driven by people who were stealing a lot not stealing at all anymore.

We found that the therapy alone drove these reductions in crime, but it often didn't last. It did last when people got these cash transfers of $200, which they typically used to start a business. The changes stuck for at least a year when they got the cash.

It actually wasn't because they were better off and had a job a year later. Most of them get stolen from every month; that cash had disappeared within a year. (Mostly they spent it well — they invested it, and saved it, but they'd be robbed or their business failed.)

But for three months they kept practicing, and this is the key element of cognitive behavioral therapy. Practice, practice, practice. They were practicing themselves and performing for their neighbors and their community, and they didn't need to steal or be homeless or do things that would signal to themselves or others they were different for at least a few months. We think that reinforced the cognitive behavioral therapy, which was just eight weeks long.

Mic: Any lessons here for the U.S.? Have there been any comparable findings in American settings?

CB: There are these three studies in Chicago that are notable. They're based on Chicago high schools, adolescents, so it's a different group, and they had a curriculum that was obviously different from ours. But it was also focused on skills of self-control, both these immediate impulsive control measures and also being more planful. It's called the Becoming a Man program. They found very similar effects to us, they found reductions in crime and violence.

For the time the program lasted, there was less crime, but a year later, there doesn't seem to have been the same reduction in violence and crime. Maybe if it was tied to some kind of economic intervention that would let them practice longer, then we'd see it lasting in Chicago. Still, it had other beneficial effects. The kids were more likely to stay in school and so on, and the reduction in crime was so large that it basically paid for the program.

CB: This is a model that probably works pretty well in Liberia, we'd like to scale it in Liberia or the region. We'd probably learn a lot doing it in one or two more places.

There's something real here. There's something about rehabilitation; people seem to change. You might have to figure out what the mechanism is, what the right therapy is, to work in your particular place, but there's something here. And that magic formula will be different everywhere, what specific combination of jobs and therapy, but something is going on here.