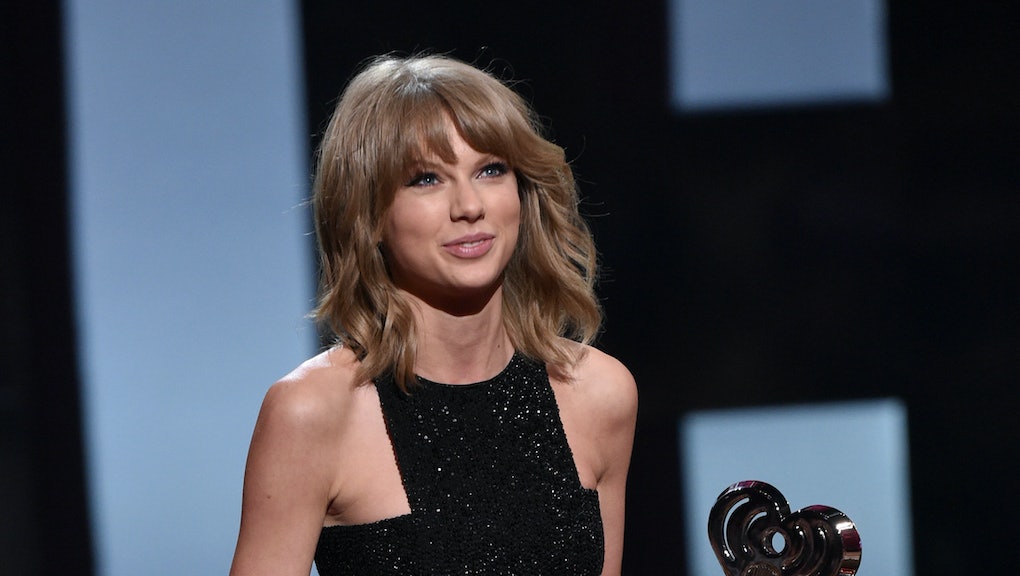 Dating, like any other intimate activity shared between two people, should be private. But as anyone who's ever been gotten their share of "So, are you seeing anyone?" questions knows, our dating lives are often subject to a level of scrutiny and analysis typically reserved for politicians running presidential campaigns.

And everyone's quick to judge, no matter what you tell them — something Taylor Swift is sick of. The pop star, known as much for romantic life as for her music, told Glamour UK in the June 2015 issue:

"I think the media has sent me a really unfair message over the past couple of years, which is that I'm not allowed to date for excitement, or fun, or new experiences or learning lessons. I'm only allowed to date if it's for a lasting, multiple-year relationship. Otherwise I'm a, quote, 'serial dater'. Or, quote, 'boy crazy' ... And I don't think it's fair."

That intense scrutiny — what kind of dating is acceptable, what you should be looking for, whether you should be dating at all — isn't just directed at celebrities. It's the kind of exhausting, uncalled-for judgment that's lobbed at singles, particularly single women, all the time.

The right to date however you want: Not many of us have been subject to the level of media "shaming" Swift has, as she put it to Glamour UK. But plenty of singles can attest to having their lives pried into, whether by well-meaning family members, judgy friends or society as large. Ironically, the rise of casual dating — along with the casual sex everyone assumes goes with it — can exacerbate the scrutiny (especially for women faced with the societal pressure to marry), with onlookers wondering whether you're "looking to settle down" or just "hooking up."

As if anyone can know for sure. Dating is a messy game, with missed connections and confused intentions and conflicting desires muddling the path for even the most intent dater. Not everyone wants the same thing out of dating, as Swift expressed; certain singles are determined to find a spouse, while others are looking for something vaguer.

As Mic's Megan Doherty noted previously, about dating after a bad breakup, "I wasn't yet in the place to be a good partner, but I still wanted the experience of connecting with someone."

Or, to not date at all: The biggest dating judgment singles face? That they should be dating in the first place. As Swift told the Telegraph last month, dating just isn't a priority in her current life, filled as it is with friends, family and career. Plenty of non-celebrities feel the same.

"The worst thing you can do if someone says they're single? Tell them they should be dating more. Actively dating is not a requirement of being single," wrote Frank Kobola on Cosmopolitan.com. And he's right, of course. No one is required to date. And yet remaining single is still often judged as a sorry state, one that the single person must inevitably be taking pains to fix.

Being single is OK. So is dating — for love, for marriage, for fun, for sex, for the crazy stories. But however you want to do it is your decision and no one else's. As for the judgment? It's probably going nowhere fast; as Swift would put it, shake it off.